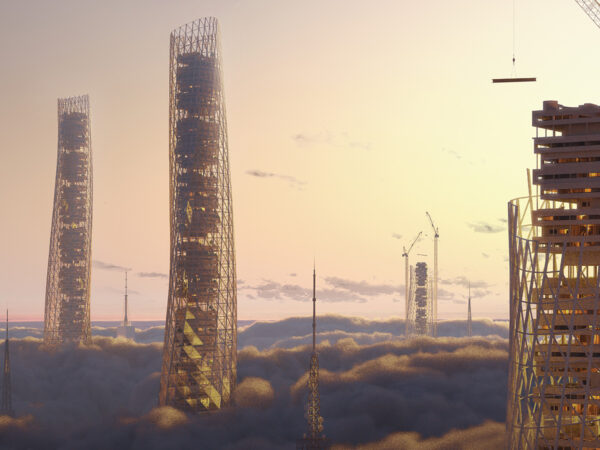 The global megamachine that connects us operates as a complex network, a global system of flows of goods, financial capital, information, and ideas on how the world is and how it should be. The dominant organizing principle of the megamachine is the endless accumulation of capital, the central logical motor for the aggressive expansion and permanent growth that the machine needs to exist.

The megamachine comprises the most powerful organizations of the world. The 500 largest companies generate half of the global GDP. Their products – cars and medicine, smartphones and machine guns, animal fodder and electricity – are interchangeable means to their real end: the endless multiplication of money. To keep the machine running, once the demand for certain products is satisfied, new demands need to be created.

After a half millennium, the long expansion nears insurmountable limits, the accumulation machine is stuttering. At the same time, rapid unchecked urbanization across the globe has, seemingly overnight, turned the revival of the cities into a new kind of urban crisis of housing and affordability.

It is at this intersection that, in a masterstroke, the megamachine turns to the commoditization of living space itself.

It does so by looking to the only architecture that it understands, the modernist home, a codified system designed as a machine for living. In a savage capture and appropriation of the architecture, the megamachine subsumes the principles of the design and recreates it on scales previously unimagined. It applies its own logic and algorithms to the design principles, tweaking, stretching the parameters until the plan, the facade, and every part of the system reach their logical conclusion, mathematical end game.

After the wild success of the first versions, iterations of this new architecture exponentially multiply across the globe, each successive version more ruthlessly efficient than the previous, edging ever closer to perfection. The demand is only limited by the seemingly unlimited rate of urbanization.

Each machine is different, some are awe-inspiring, most make little attempt to mask their utilitarian efficiency. Yet, underneath the parameters the products are identical. When they first emerged they were thought of as little different than what has existed before, until one day entire cities are replaced with nothing but the new machines.

The machine for living is perfected, but perfected to the principle of the megamachine. It asks not of what people really need, or how they want to live. A home is not a house, but a precise commodity instrument designed by the megamachine to further its endless expansion. The subsumption of urban life into the megamachine is complete. 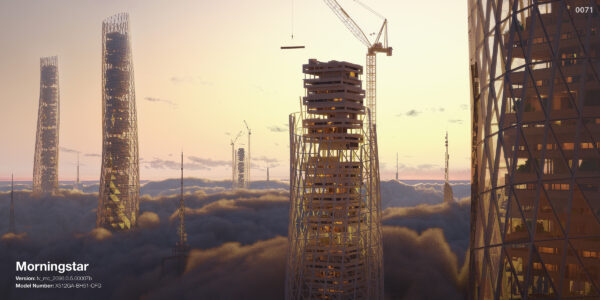