For the first time ever, UN climate scientists have dedicated a whole chunk of a report to how we can curb climate change by reducing energy demand – that is, by consuming less.

In fact that could ultimately cut pollution by 40-70% by 2050 from most sectors – buildings, food, transport, urban and industry – the Intergovernmental Panel on Climate Change (IPCC) found in its pioneering report.

We can save ourselves “headaches” over supply of energy, or whether to frack or continue with gas, or how much new nuclear to build, if we need much less energy anyway, said report author Prof Felix Creutzig.

While the report outlines many specific actions people can take, behaviour change alone is “not going to be enough,” said author Prof Patrick Devine-Wright.

People need policies and “choice architecture” to support them too.

What is choice architecture?

“This is not just about individual, unconstrained choice, because all choices are constrained by economics… by what’s available,” said report contributor Prof Nick Eyre.

At the simplest level, regulating bad products out of the market is a choice architecture, he said. So is building regulations, providing good information about how much energy a product uses or what its lifecycle emissions will be.

The team of international scientists identified a few key areas to tackle. So what are some of these policies that can help?

Please use Chrome browser for a more accessible video player 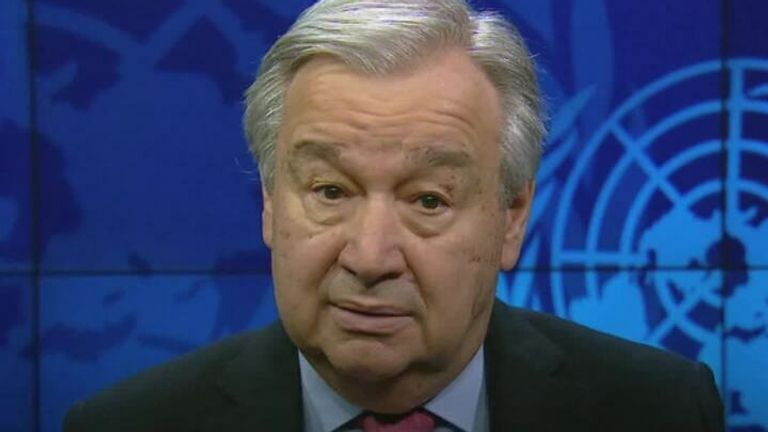 ‘We are on a fast track to climate disaster’

Among 60 actions identified that could change individual consumption, the way we travel has the “largest potential to reduce carbon footprints,” according to the report, which was commissioned and endorsed by 195 governments.

But people need help to make that shift. “Many people want to cycle but feel unsafe, ” said Dr Creutzig, so they need authorities to make streets quieter and safer.

The IPCC was clear that limiting private car use was vital, but drivers need nudging in the right direction. For example, by creating financial incentives for people to share cars, providing good alternatives, changing parking options or advocating “car-free Sundays”.

Speed limits can also lower emissions from cars. Ride hailing and sharing apps often increase emissions, since they tend to be used instead of public transport.

The more people walk and cycle, the fewer private or public transport options we need to decarbonise.

Using a combination of “feedback, incentives and nudges” can reduce 6% of emissions from buildings, says Prof Creutzig.

Feedback would be something like telling households how much gas they use in comparison with their neighbours – which has helped lower gas use in parts of Italy and the US. Smart metres show people how much energy they are using there and then.

Incentives include financial levers or rewards to shift people to cleaner options, such as grants for, or savings from, getting your home insulated.

“A lot of these things on the face of them appear to be individual choice, but are actually quite affected by the infrastructure of our cities, incentives available or what the supply chain delivers,” says Prof Eyre.

For example, if your boiler breaks, “you phone up, you get a new boiler. Most people don’t think to even ask if there could be something different, because that’s what the supply chain provides at the moment.”

Sustainable diets are often healthier too, and can easily be made affordable and culturally acceptable too, the group of scientists say.

The first item on a menu tends to have a “priming effect,” explains Prof Creutzig, meaning whatever it is, diners tend to order a meal of the same type. So if a vegetarian meal appears first, diners are more likely to order any of the vegetarian dishes available.

Labelling the carbon footprint of meals or food can help too, studies have found.

Taxing other greenhouse gases also works, for example adding a levy onto food that is responsible for a lot of nitrogen, such as fertiliser for soy that feeds beef – which itself releases a lot of methane.

Cutting demand tends to be consistent with improving lives, rather than taking away from them, according to the report.

“Demand-side mitigation response options are consistent with improving basic wellbeing for all,” its summary says.

However until aviation finds another fuel, cutting emissions there will mean having to give up or cut down on flying for some.

The more money you have, the more you can do

The wealthier and better educated you are, “the greater your capacity” to change according to Prof Creutzig. That’s partly because your emissions from your consumption tend to be disproportionately high anyway.

“Individuals with high socio-economic status are capable of reducing their GHG emissions by becoming role models of low-carbon lifestyles, investing in low-carbon businesses, and advocating for stringent climate policies,” the report said.

Social influencers, thought leaders or those particularly visible in their community also have greater power to influence change.

As do certain professions, such as architects, who can influence building size, choose wood over concrete, introduce insulation and shading and so on.

On the flip side, some nations and communities need more energy and resources to achieve a decent living standard.

But it’s possible to meet some of that need by clever design, scientists believe.

The show investigates how global warming is changing our landscape and highlights solutions to the crisis.