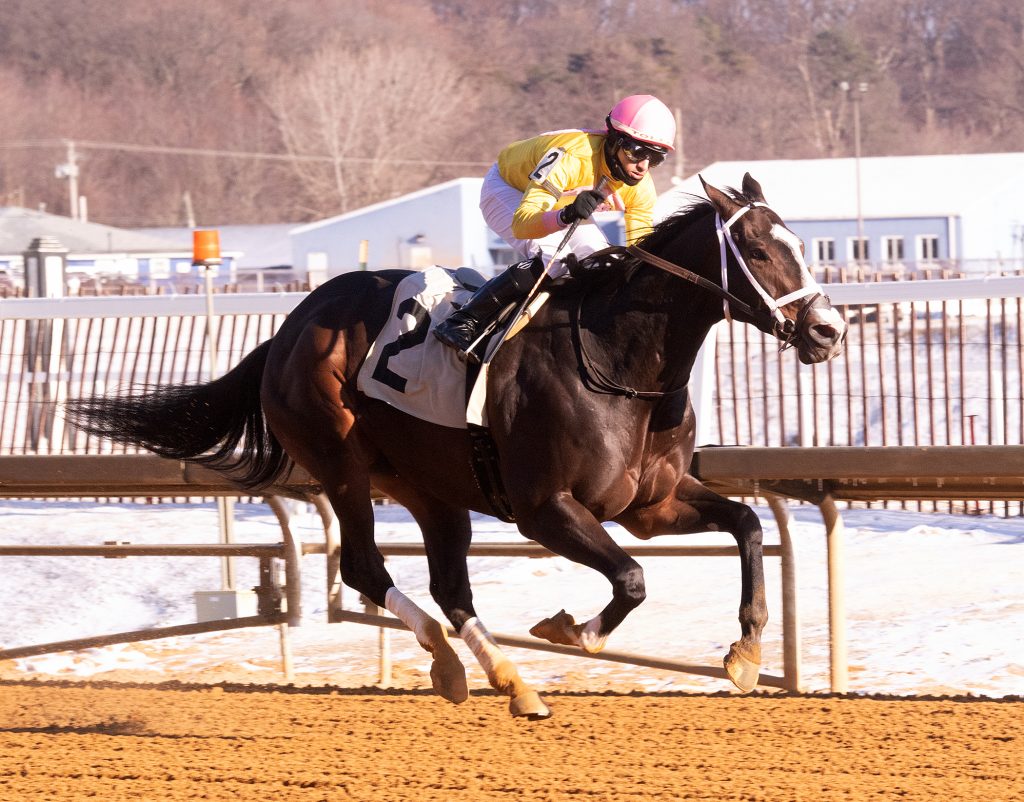 Jockey Jevian Toledo sent the 5-year-old gelding by Munnings to the lead after breaking sharply from the 2 post, winning the six-furlong race for 4-year-olds and up over the Laurel’s dirt surface and putting Russell’s doubts about the track’s play to rest.

“Watching the races today, we got overthinking a little bit,” Russell said, noting success for horses coming off-the-pace. “At the end of the day, if you’ve got the best horse, you have to go.”

“I was a nervous wreck the whole week,” Russell said. “My blacksmith was the first phone call I made, I said ‘I don’t know how you got this horse here today.’ It’s amazing,” Russell said.

Bred by Fleur de Lis Stables, Wondrwherecraigis has won four of his last five starts, with a lone defeat by disqualification in the Frank J. De Francis Memorial Dash Stakes in September.

“It’s been a week trying to get him here,” Russel said. “The fact that he ran like he did today, we’re just going to enjoy it for now.”

The What a Summer

Victor Carrasco guided Time Limit home first in the What a Summer Stakes, giving the jockey his third stakes victory on the day.

The 5-year-old mare trained by Michael Maker sat just off the pace in second throughout the race before rounding up frontrunning favorite Princess Kokachin, who hung on to finish third, with 1/8 of a mile to go.

Three Diamonds Farm’s chestnut daughter of Bustin Stones and Your Time Is Up secured her first stakes victory in the $100,000 race for fillies and mares traveling six furlongs.

The Hibiscus Farms New York-bred broke a five-race winless streak with the 1 1/4 length victory over Kaylasaurus in second.

Elizabeth Merryman’s Witty charged home a winner in the Spectacular Bid, notching his third straight victory dating back to October.

Jockey Carol Cedeno kept the 3-year-old gray gelding trained by McLane Hendriks, Merryman’s son, just off the pace down the backstretch, before making her move and overtaking even-money favorite H P Moon near the 3/8 pole.

“When he came up alongside H P Moon, [Cedeno] was just sitting chilly. She’s got all the confidence in the world in him,” Hendriks said. “We talked about there being a lot of pace and we were just going to sit off of it.”

The $100,000 Spectacular Bid for 3-year-olds going seven furlongs was the sixth of 10 races on Laurel Park’s Winter Carnival Day, with six stakes races totaling $550,000 in purses.

The stakes score is the third win of trainer McLane Hendriks’ young career. He doubles as exercise rider for most of his stable at Fair Hill Training Center.

“He went down to Pimlico and had a really nice work there. I’ve been galloping him,” Hendriks said. “He’s basically been running off with me in the mornings. He is just like driving a Lamborghini.”

The Merryman homebred son of Zeezee Zoomzoom is a half-brother to Grade 3 winning mare Caravel, also bred by Merryman.

“I can’t believe I got a mare like [Zeezee Zoomzoom]. What a lottery ticket,” Merryman said. “She just pops out perfect baby after perfect baby.”

Merryman expressed concern that the gelding might have lacked some fitness, but her son assured her the 3-year-old was training as strong as ever.

Luna Belle came from off the pace to take the $100,000 Xtra Heat Stakes with Denis Araujo aboard, notching the second-straight stakes score for the 3-year-old filly.

The daughter of Great Notion and Heavenly Moon won the Maryland Juvenile Fillies Championship at Laurel in December.

The bay filly trained and owned in part by Hamilton Smith defeated five foes in the stakes for 3-year-old fillies traveling six furlongs.

The Fred A. Greene Jr., Deborah Greene and Hamilton Smith homebred rounded up frontrunners Beneath the Stars and Buff My Boots on the far turn, and went on to win by six lengths in the seventh race on the card.

Hillwood Stable’s Cordmaker kicked off his 7-year-old campaign with a win in the $75,000 Jennings, holding off a late-charging Hanalei’s Houdini to capture his third straight victory.

Ridden by Victor Carrasco and trained by Rodney Jenkins, the gelded son of two-time Horse of the Year Curlin overtook the frontrunning Bustoff coming at the top of the stretch, and straightened out to win the day’s third race by a head.

Cordmaker, bred by the late Robert T. Manfuso and Katy Voss, captured the Jennings for a second time, following a victory in 2018.

The son of Tanca avenged a loss in last year’s Jennings, part of a 10-race winless streak for the chestnut gelding.

The Jennings, run at a mile for Maryland-bred 4-year-olds and up, was the first of six stakes races on the day.

Three Diamonds Farm’s Kiss The Girl captured the $75,000 Geisha for trainer Michael Trombetta with Victor Carrasco aboard, after drawing away from six competitors down the stretch.

Bred by Classic Thoroughbred XII, Kiss The Girl completed what she started in last year’s Geisha, where she finished second.

The Geisha, for Maryland-bred fillies and mares 4-years-old and up and run at one mile, was Carrasco’s second stakes victory of the day.

ABOUT THE STRONACH GROUP AND 1/ST