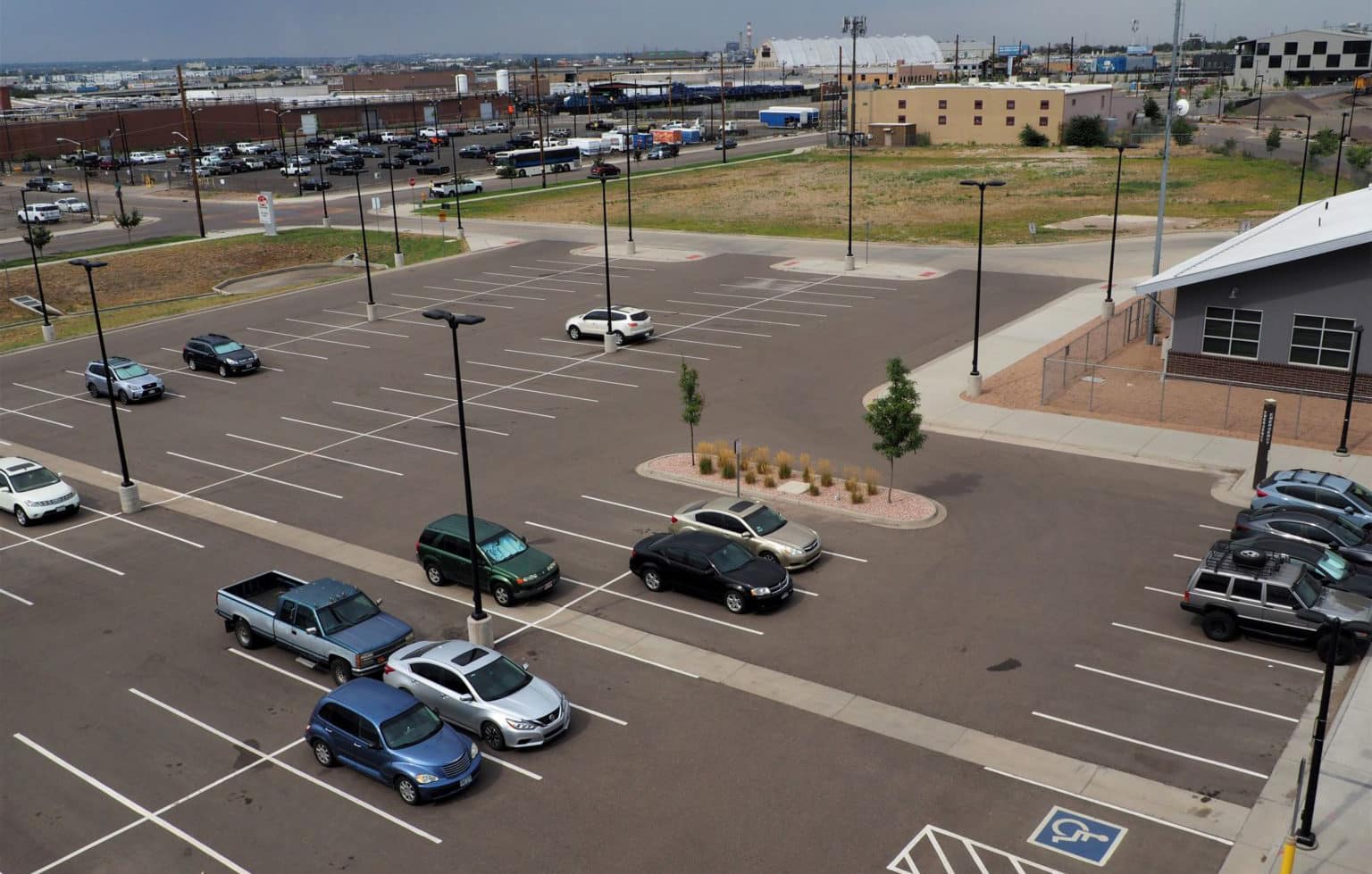 The RTD parking ride lot proposed for development is at 3800 Wynkoop St. in Denver. (BusinessDen file)

An Atlanta-based firm wants to redevelop a Regional Transportation District parking lot in RiNo — and the transit agency would like to know if anyone else is interested.

Earlier this month, RTD issued a request for qualifications for the development of its property at 3800 Wynkoop St., where commuters accessing the nearby 38th and Blake station can park their cars for the day.

The request comes about a year and a half after Portman Holdings submitted an unsolicited proposal to redevelop the 4.48-acre site, which includes a large stretch of grass in addition to the parking lot. The company’s concept plan called for the construction of three structures: one 16-story office building and two seven-story residential buildings.

RTD has a specific process for when the agency receives unsolicited proposals related to real estate. First, it convenes a committee to review whether the proposal has merit, according to the agency’s website. If the committee finds that it does, the agency seeks alternative proposals for the site as it has now done for the RiNo site.

RTD is willing to ground lease, but not sell, the property to a developer, according to the request.

“RTD is seeking an innovative project for this site that demonstrates quality development and placemaking, increases transit ridership, creates revenue for RTD and maintains or improves RTD operations,” the request states. “Proposals are expected to emphasize the principles of transit-oriented development: safe, walkable and attractive communities that support the strong transit service at this location.”

The request also states that any redevelopment would need to have a minimum of 188 parking garage spaces for transit users, and that RTD “strongly encourages” the inclusion of income-restricted housing.

RTD spokesman Brandon Figliolino told BusinessDen the agency intends to enter into a ground lease, but it could opt not to if proposals don’t meet RTD’s needs.

“RTD believes the time is right for development at the 38th & Blake Park-n-Ride. But if that turns out not to be the case, RTD will hold the Park-n-Ride until circumstances improve,” he said.

A virtual briefing on the request is scheduled for April 22. Qualification statements must be submitted by July 1.

The area around the 38th and Blake station is one of Denver’s predominant redevelopment hotspots, with numerous projects under construction or planned.