The hotel opening signifies both a growth milestone for the company, as well as a remarkable chapter in the Marriott story, as the company celebrates its 95th year. Marriott’s first lodging property opened in 1957. It was a four-storey hotel, the Twin Bridges Marriott, in Arlington, Virginia. 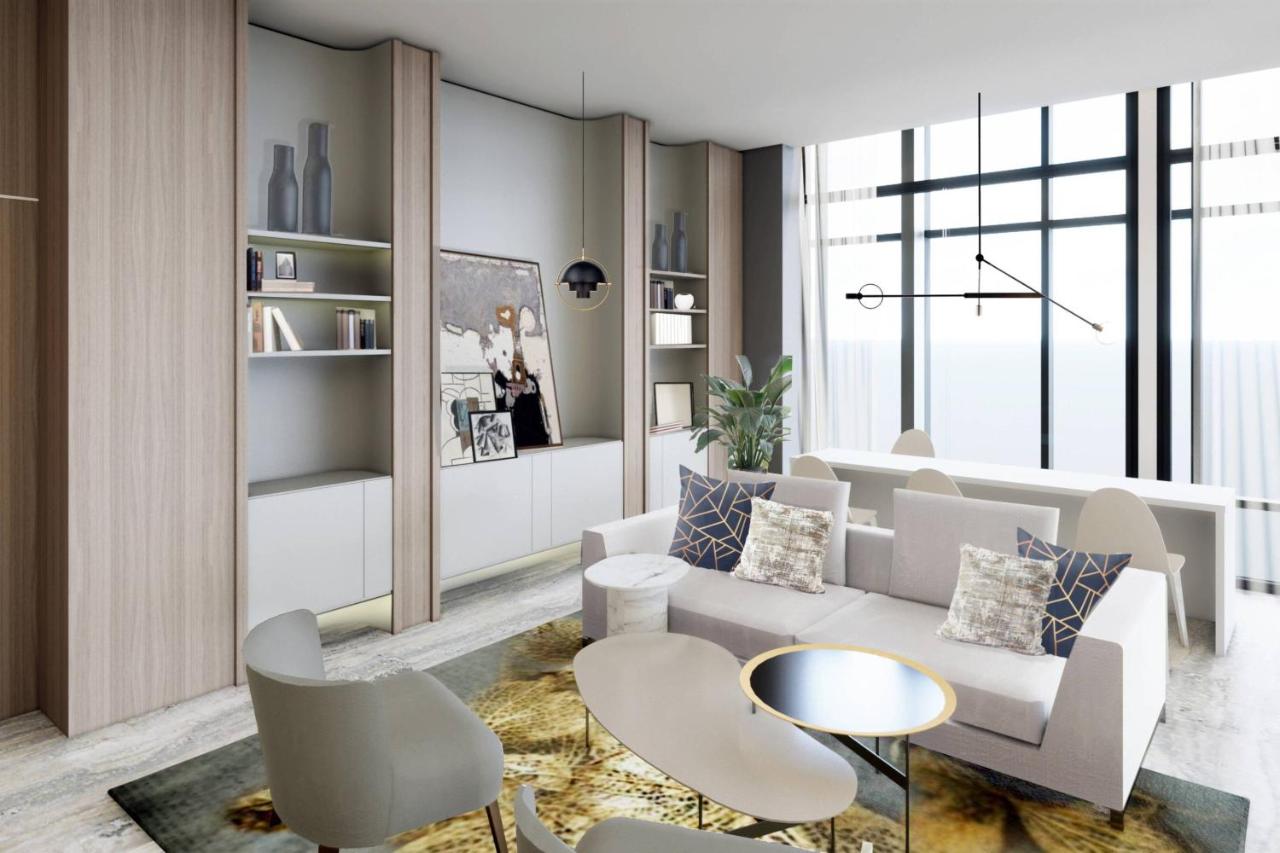 “From the nine-seat root beer stand that my grandparents started nearly 95 years ago in downtown Washington, to the milestone opening of our 8,000th property, we have been fortunate to call this area our home,” said David Marriott, Director and incoming Chairman, Marriott International Board of Directors. “Marriott Bethesda Downtown at Marriott HQ reflects the continued transformation of the Marriott Hotels brand, and we are thrilled to embark on a new era of inspired travel and design with the opening of this hotel.”

Marriott Bethesda Downtown, part of the Marriott Hotels brand – the signature flag of Marriott Bonvoy’s 30 extraordinary brands – brings enriching, locally-influenced experiences to the global hospitality company’s home state. The hotel, owned by The Bernstein Companies and managed by Marriott International, is a gateway to the greater Washington, D.C. area and a destination in and of itself, featuring three innovative culinary concepts, including Bethesda’s first high-rise rooftop bar.

> Since you’re here, why not read about Marriott making its mark in Dominican Republic?

Exemplifying the group’s continued brand evolution, Marriott Bethesda Downtown sparks inspiration at every corner, with a modern, residential design and tailored solutions with locally-inspired accents. The hotel’s contemporary interiors illustrate a curated palette of materials inspired by the region’s natural attributes. Stone and tiles reminiscent of local Bethesda bluestone quarries greet guests at the hotel entrance leading to a grand staircase – the centerpiece of the glass-enclosed lobby brimming with natural light. 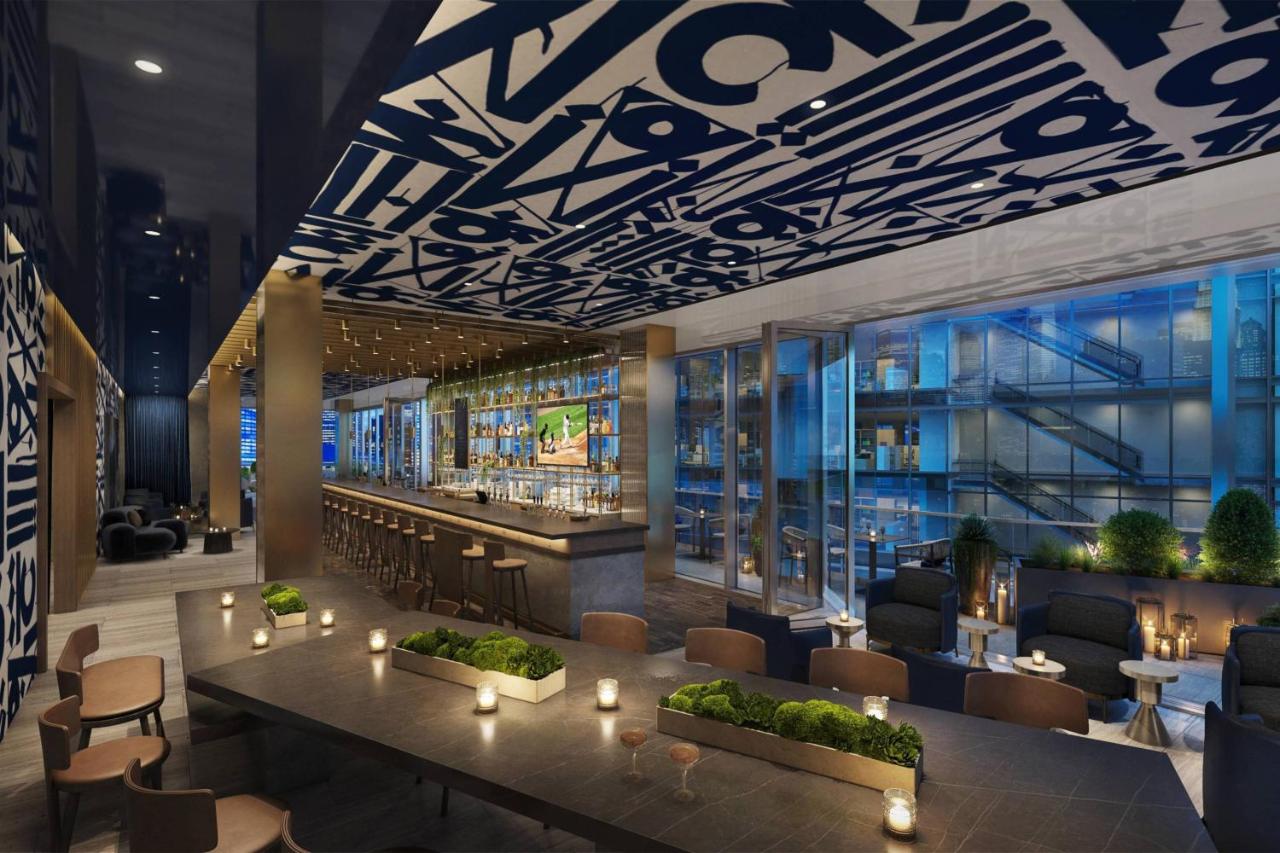 Faceted mirrors and floor-to-ceiling windows ripple throughout the hotel, infusing an abundance of natural light while also resembling reflections of the Potomac River. 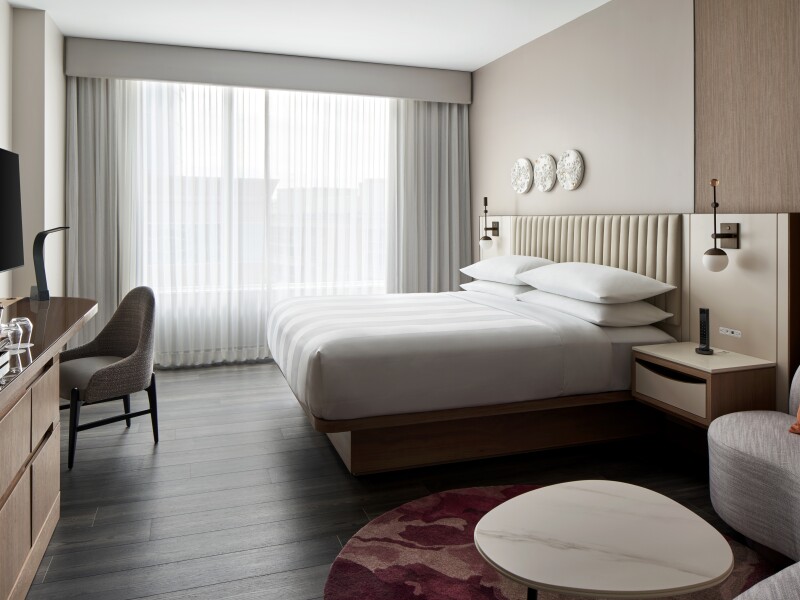 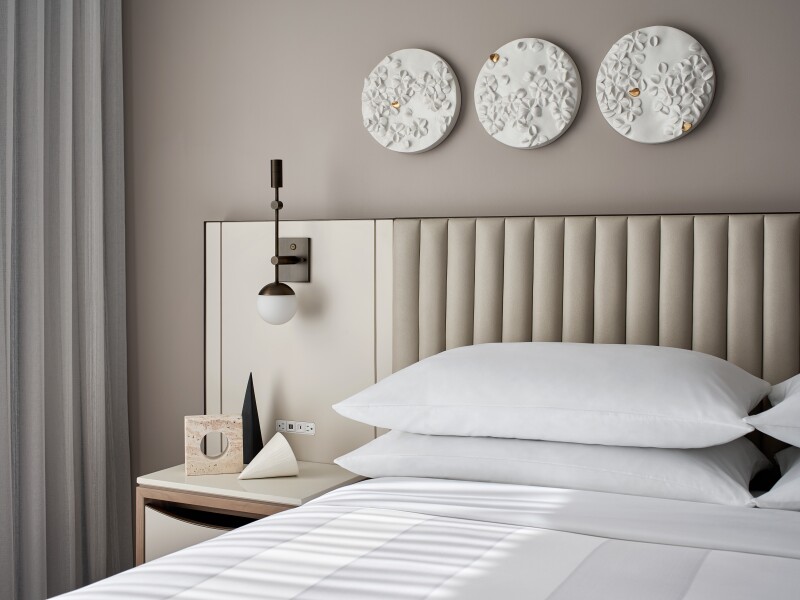 Reimagined guest rooms and suites – with tailored, modern touches that inspire and nurture the needs of today’s traveler – feature multi-functional furniture, technology-enabled work surfaces with built-in universal adapters and UCS cords, and rose gold tinted mirrors. Hotel features include a spacious fitness centre with Peloton bikes, a second-floor library highlighting local authors, and a curated art collection from the region’s emerging talent that is showcased throughout guest rooms and public spaces. A large-scale mural by multi-media artist Liz Collins, known globally for her abstract patterns, is an exclusively commissioned highlight.

All 8,000 hotels under the Marriott International umbrella can be found in under 30 leading brands, which span across 139 countries and territories.