The award celebrates Buhagiar’s years of service and achievements related to architecture and spatial planning, as well as his dedication in the creation of meaningful and timeless architecture on the island.

“My work is actually the effort of a whole team of architects, engineers, interior architects and historians led by my partner David Felice and myself. It is the product of the coordinated effort of a multitude of skills and the combination of a group of minds working in a synchronised pace,” Konrad Buhagiar said.

He added: “AP Valletta is a large family, there are 50 of us. We share a common vision which we believe contributes positively to the transformation that the urban fabric of the islands must necessarily undergo.”

The jury noted: “Perit Buhagiar is a well-known and respected professional who has contributed to the education, theory and practice of architecture. Through his work and writings he is well versed in architectural research and in the promotion and advancement of architecture which have contributed to raise awareness in the built environment. His interest and work in the conservation of buildings was noted together with his inspirational design capability. His contribution throughout the years is considered to be outstanding.” 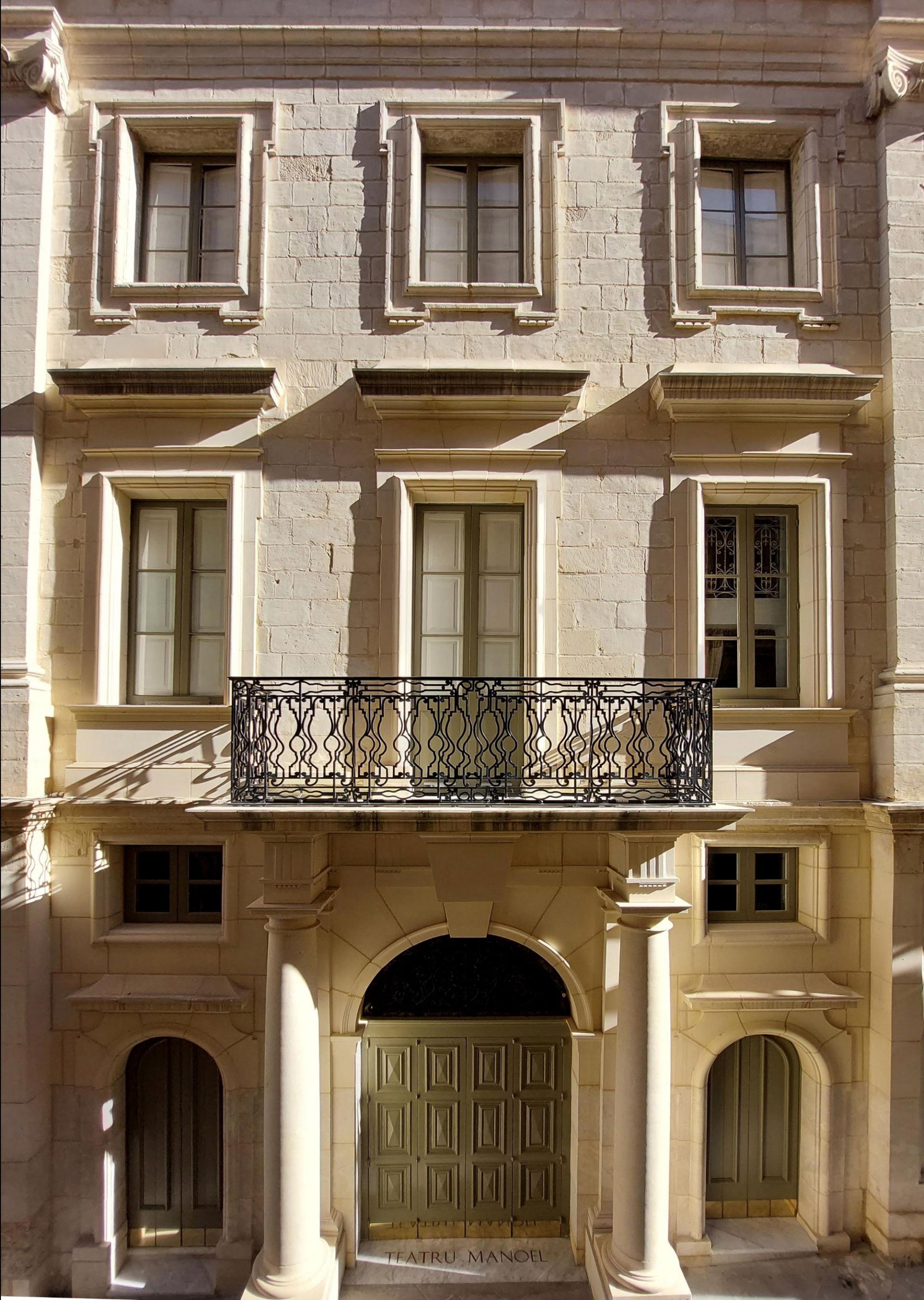 The restored facade of the Manoel Theatre in Valletta. Photo: Guillaume Dreyfuss

Buhagiar has been responsible for numerous restoration and rehabilitation works in historic buildings and urban sites. He has lectured at the University of Malta and, among others, at the Canterbury University College of Creative Arts, the UK, and at the New York University, the US. He has published numerous historical and academic articles. He has been the chairman of both the Heritage Advisory Committee and the Valletta Rehabilitation Committee. He is also the chief editor behind AP’s publications A Printed Thing and Founding Myths of Architecture.

AP Valletta’s portfolio includes renowned projects such as the Barrakka Lift, Dock No.1, Valletta Waterfront, Kenuna Tower, the new St John’s Cathedral Museum and Caravaggio Centre, the restoration of St Paul’s Anglican Cathedral and the restoration and refurbishment of the Manoel Theatre, which also won the Restoration Award at last month’s awards ceremony.

The restoration and rehabili­tation of the baroque theatre was initiated in the mid-1990s by the Manoel Thea­tre Management Committee and led by AP Valletta up to completion. The masterplan focused on improving the thea­tre’s facilities and developing and diversifying the cultural activities it houses. It aimed, simultaneously, at lending a new public image to the theatre with a view to increasing its external legibility and emphasising its importance, both locally and internationally.

According to Buhagiar, the restored theatre is a testimony to the resilience of historical and heritage buildings when they are kept in constant use. While the structure of the building has been modified to accommodate ever changing requirements, the function and identity of the building has remained unchanged.

“Our philosophy at AP is that heritage is not static but rather in constant evolution, being the link between past, present and future, and we believe our work is the reflection of this theoretical principle,” Buhagiar said. 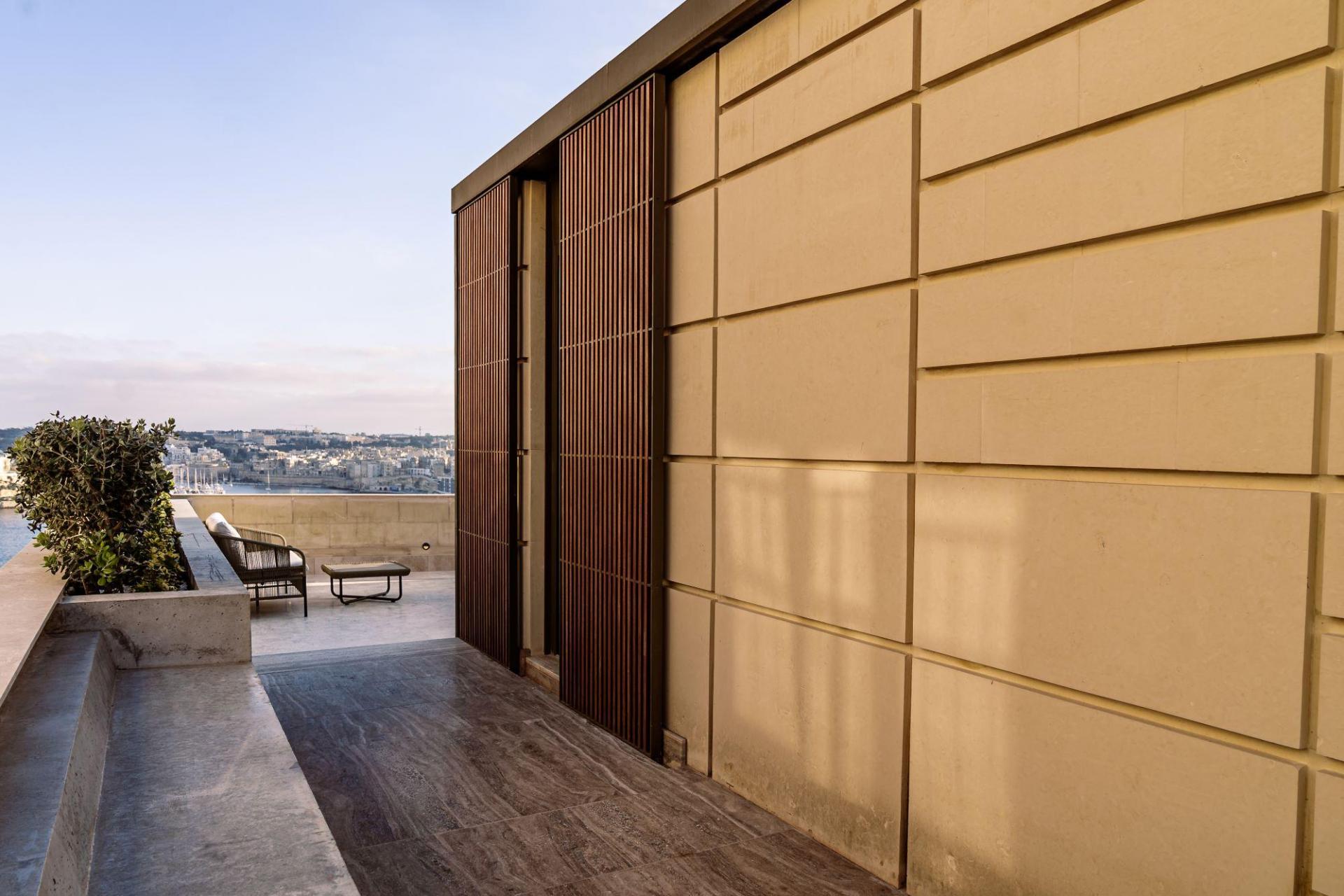 View of the Grand Harbour from the roof extension of the ‘Valletta Townhouse’ project by AP Valletta and MTGF Design Studio. Photo: Andrew Mizzi

AP Valletta also received a commendation along with MTGF design studio for the interiors category with the project ‘Valletta Townhouse’. This townhouse comprises three storeys, which have been restored, and an all-new roof extension that has been modelled to frame a spectacu­lar panoramic view of the Grand Harbour.

The structure has been traditionally crafted from local stone and timber and carved with unorthodox proportions reflecting its contemporary nature. Though solid in nature, it is punctuated with timber louvres such that an intimate relationship is built between the interior and the exterior. This is accentuated by means of a playful use of rusticated course lines, which are further enhanced by the corresponding alignment of the timber louvred screens.

The MASP Awards are held annually by the Planning Authority and serve to give recognition to architects, interior designers, university students and any person who would have made an outstanding contribution over the years through research, education, theory and practice of architecture and the built environment.

Independent journalism costs money. Support Times of Malta for the price of a coffee.