February brought about a number of stories across the built environment, with a number of developments across the residential, commercial and educational sectors, just to name a few.

For the second time this year, this is Architecture & Design’s top 10 stories for the month, this time for February. 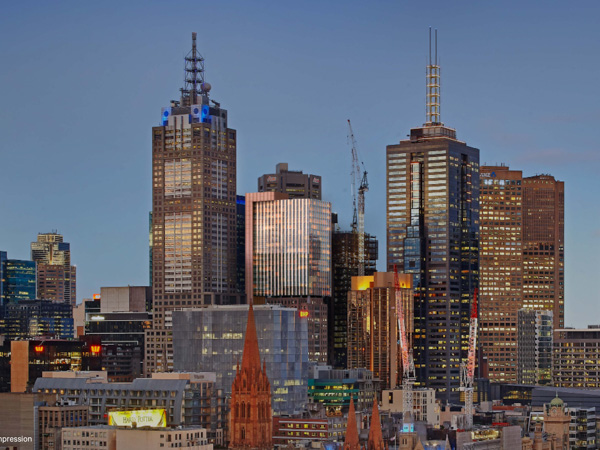 Mirvac began the month with the submission of a planning permit application to Melbourne City Council for its 90 Collins Street asset, with the developer revealing its plans to retain, refurbish and add to the existing 21-storey building. The refurbishment and addition has been designed by Fender Katsalidis, and will have the potential to house 3,500 employees. It is estimated the project will cost Mirvac a total of $650 million.

Read more about the proposal here. 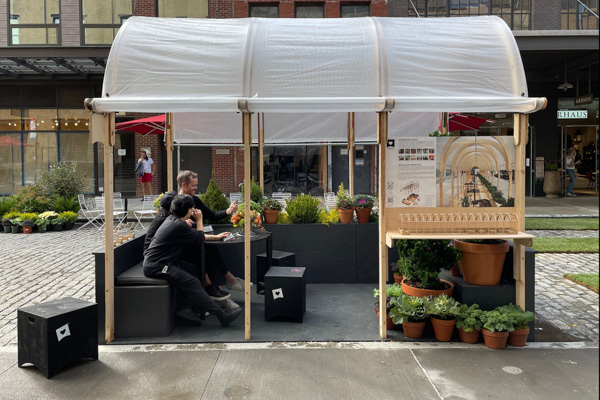 Plywood used by shop owners to board up their properties during the 2020 protests has been repurposed by a trio of Australian architects as outdoor furniture for hospitality venues.

BVN’s Nick Flutter, Nikita Notowidigo and Bill Dowzer got their hands on the plywood after calling the Rockefeller Centre and receiving 300 sheets. The plywood was then collected in a van, designed and cut by hand into chairs, tables, road barriers and planter boxes now used across New York. The endeavour was so successful it is now operating as a business, known as Re-Ply.

Find out about the revolutionary reuse project here. 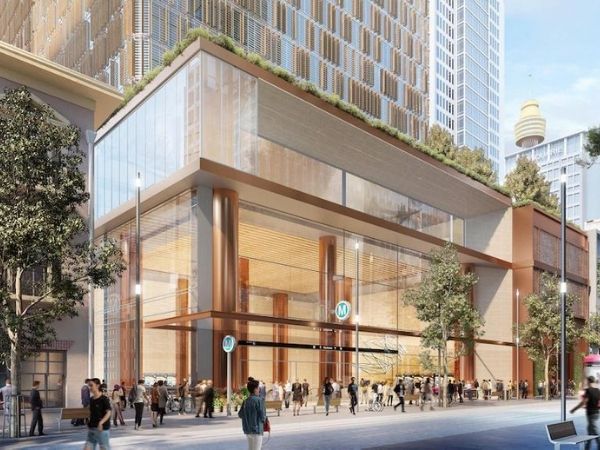 Does the solution to NSW’s housing crisis lie with the Metro?

At the Committee for Sydney summit earlier this month, NSW Infrastructure, Cities and Active Transport Minister Rob Stokes indicated that the ability to grow residential communities around the stations is an opportunity the government must capitalise upon. Both Stokes and Committee for Sydney CEO, Gabriel Metcalf, believe that the metro lines give the government the option to potentially fit half of the growing population that is anticipated by 2036.

Read up on how the Metro can help to solve the impending housing crisis here. 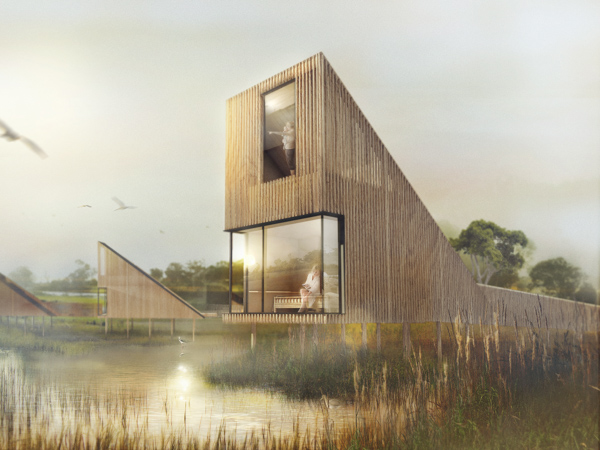 A second tourism project for Cumulus in South Australia announced

Cumulus has unveiled its second tourism project for South Australia, titled Wellington Marina, located along the banks of the Murray River an hour east of Adelaide. Created as part of the Wellington Marina’s tourism redevelopment strategy, the timber clad retreats combine simple designs, robust natural materials, and a subdued palette that helps to connect the pitched roof forms to the surrounding natural landscape.

Find out in full about the project here. 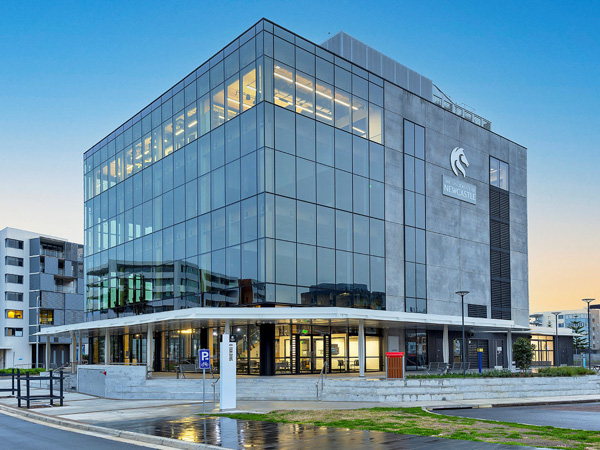 Recognised as the first building in regional NSW to be given a 6 Star Green Star ‘Design and As Built’ rating, the University of Newcastle’s Q Building is quite the architectural marvel.

The building is a mass timber construction and features a concrete core. The remainder of the internal structure has been built with cross-laminated timber (CLT) and is the first multi-storey timber building in the steel city. The timber structure captures carbon, as opposed to producing it. 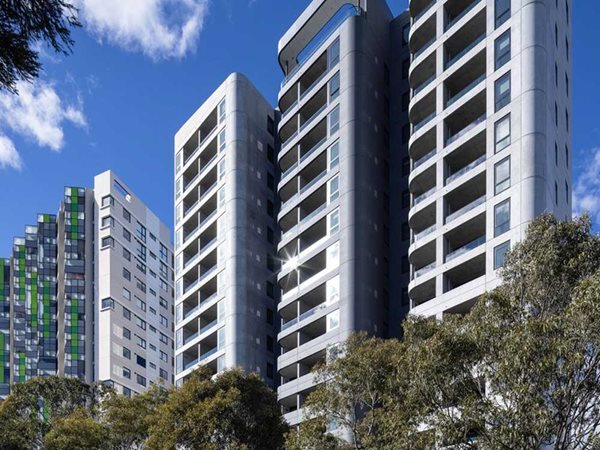 In a bid to provide housing solutions for the impending housing crisis, the Australian Institute of Architects reached a Memorandum of Understanding with Housing All Australians in a bid to address the national housing crisis.

“Access to safe, appropriate and secure housing isn’t a luxury, it is a fundamental human need. This new partnership with Housing All Australians is a mechanism through which we as architects can do more to address a growing crisis that affects more and more people every year,” says AIA National President Tony Giannone.

Read about the alliance in full here. 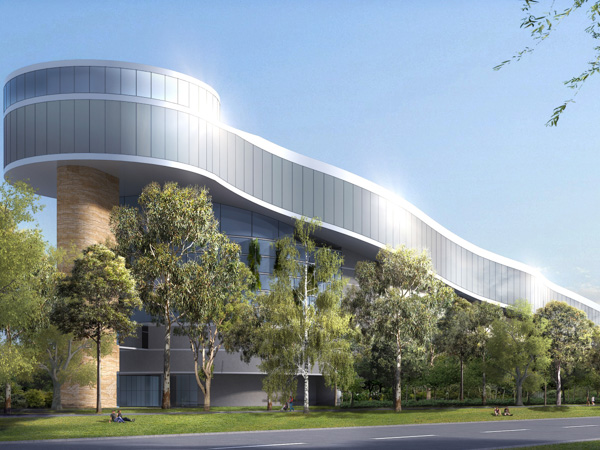 To be located on the banks of the Nepean River in Penrith, the $300 million resort will feature a 300-metre advanced ski run and learn to ski run, an Olympic sized ice rink, ice climbing for mountaineer training, as well as a 4.5 star 162-room hotel. All the attractions will feature real snow.

Three practices have been asked to submit designs. Find out here. 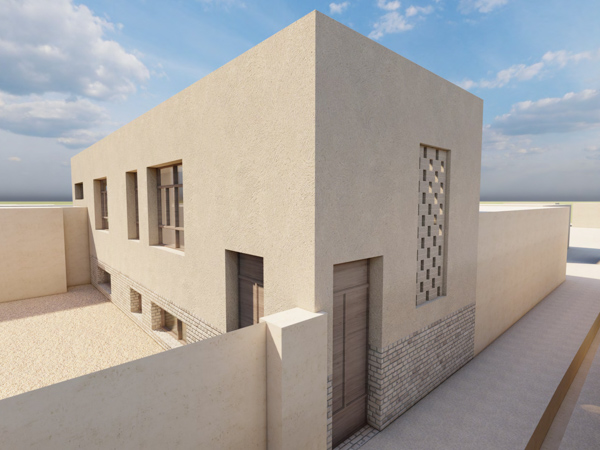 How Architects Without Frontiers create crucial infrastructure for communities in need

Architects Without Frontiers (AWF) looks to facilitate the design and construction of health, education and community projects across the Asia Pacific region. The organisation, founded in 1998 by Directors Esther Charlesworth, Beau Beza, and Garry Ormston, was formed after Charlesworth visited Mostar in 1996 as part of the Aga Khan Trust, looking to rebuild the Bosnian city.

Esther speaks to us about the work of the business, the projects they undertake, and the degree she has created at RMIT.

The interview can be viewed in full here. 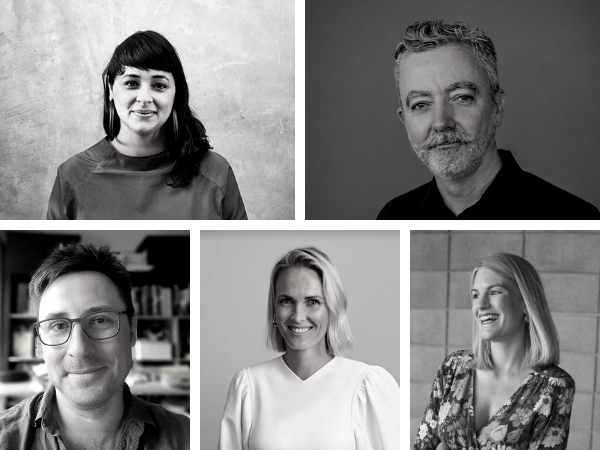 Dulux has announced the judging panel for the 2022 edition of its Dulux Colour Awards, the 36th year of celebrating masterful, sophisticated, and inspiring use of colour across interior and exterior commercial, public and residential spaces.

Find out more about the esteemed panel here. 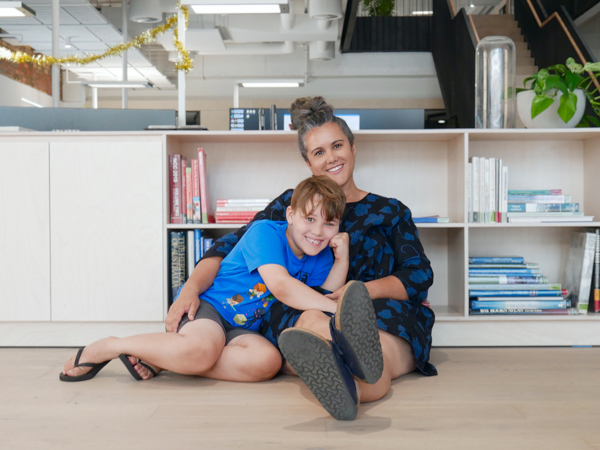 Hames Sharley has this week announced a suite of progressive new workplace policies in a bid to become one of the most equitable and diverse employers in the country.

Made official by practice executives, the new policies include updated personal and bereavement leave, updates to its non-gendered parental leave, and the introduction of strong diversity targets to achieve a minimum of 40 percent female representation across the organisation.

Read about the pivotal changes here.