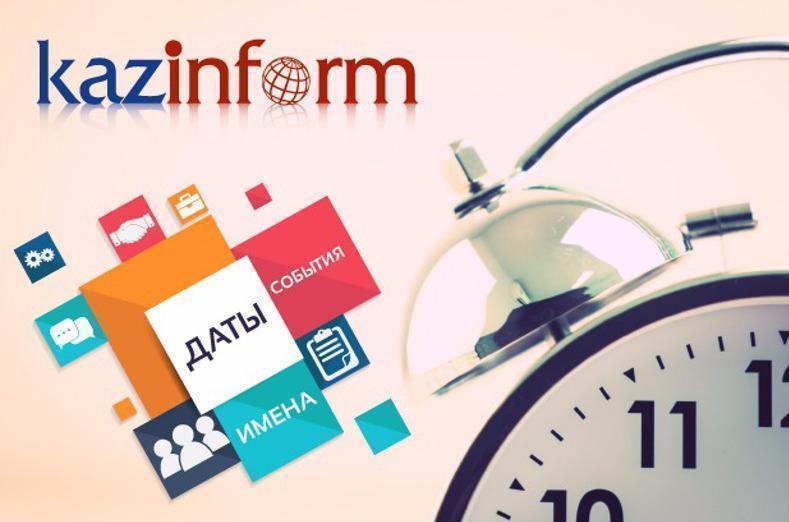 NUR-SULTAN. KAZINFORM Kazinform’s Timeline is the one-stop shop where you can learn about historical events for the 21st of April. See what notable events happened throughout Kazakhstan’s history on April 21.

State Protection and Guard Service Day is observed on April 21. The Day was established by the presidential decree of May 4, 2014.

World Creativity and Innovation Day held on April 21 is a global UN day to raise awareness of the role of creativity and innovation in problem solving with respect to advancing the United Nations sustainable development goals, also known as the «global goals».

1959 – Mukhtar Auezov is given the Lenin Prize for his dilogy The Path of Abai and is elected as Deputy of the Supreme Council of the Kazakh SSR of the 5th convocation.

1992 – Then President of Kazakhstan Nursultan Nazarbayev receives the credential from the representative of the young diplomatic corps at the time – Extraordinary and Plenipotentiary Ambassador of Turkey to Kazakhstan Argun Özpay.

1995 – The Agreement between Kazakhstan and Mongolia on the settlement of the issues of voluntary resettlement and citizenship of people arrived in Kazakhstan under employment contracts is ratified.

2016 – Almaty becomes the first city in the CIS to host the International Symposium of the research group Music of the Turkic-speaking world.

2018 – The meeting between the Ambassadors of the countries of the OIC on the follow-up of the OIC Science and Technology Summit takes place at the Permanent Mission of Kazakhstan to the UN.