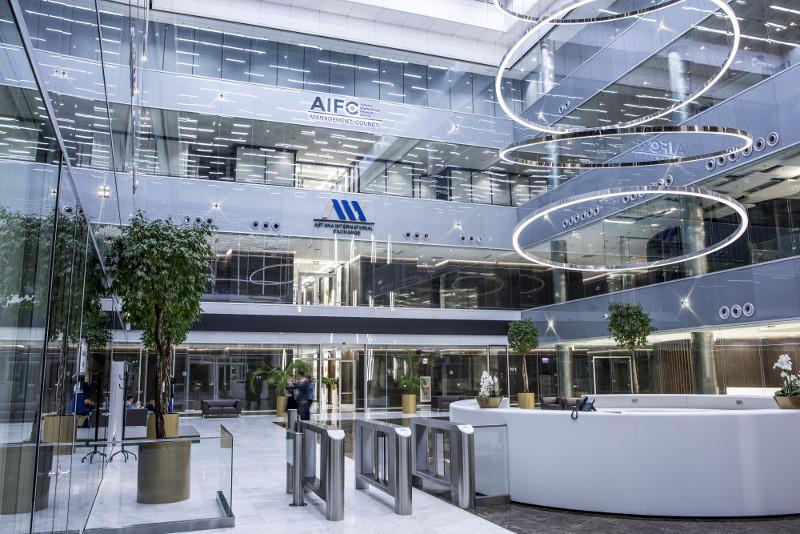 NUR-SULTAN. KAZINFORM The AIFC Court and International Arbitration Centre (IAC) have completed more than 900 cases consisting of Court judgments, arbitration awards, and mediation settlements, since their commencement of operations on 1 January 2018. These results are unprecedented for dispute resolution institutions at an international financial centre which has only been operating for four years.

The disputes involved a wide range of commercial and investment related matters, including finance, construction, sales and services contracts, and employment. The applicable laws in the disputes included AIFC law and the laws of Kazakhstan and Russia. All Court judgments and arbitration awards were enforced within the Republic of Kazakhstan to 100% satisfaction of the parties using the AIFC Court’s special step by step enforcement procedure that operates directly between the AIFC Court and the enforcement authorities without involvement of the national courts, the AIFC’s press service informs.

The AIFC Court and IAC gained significant international recognition in 2021. The parties in the cases came from 19 countries, including most of the CIS countries, and globally from key Republic of Kazakhstan trading partners including China, India, and 15 Belt and Road Initiative countries as a part of the ‘AIFC Court and IAC BRI Initiative’. The AIFC Court and IAC model dispute resolution clauses were included in more than 5,700 business contracts of industry leaders, including Chevron Tengizchevroil LLP and North Caspian Operating Company (NCOC), with combined contract value in excess of US $2 billion. 326 lawyers from 29 jurisdictions (27 countries) joined the AIFC Court for rights of audience to enable them to represent clients in cases at the AIFC Court.

The AIFC Court participated at the annual Standing International Forum of Commercial Courts which comprises Chief Justices and Registrars from the senior courts of more than 40 jurisdictions. The AIFC Court and IAC gave more than 60 lead speeches at local, regional and global conferences, including with key AIFC Court and IAC MOU partners in Asia and Europe as a part of their enhanced promotions campaign. They also hosted the first annual IAC-Vis Central Asia Pre-Moot competition with 22 teams from 17 countries and a Final that was presided over by the IAC Chairman, Barbara Dohmann QC, and the fourth annual AIFC Court and IAC Moot Competition and a Final that was presided over by three senior AIFC Court Justices and opening remarks by the AIFC Court Chief Justice, The Rt. Hon. The Lord Mance.

Engagement with the AIFC Court and IAC users’ community continued with three Users’ Committee meetings comprising representation from the senior partners of more than 15 law firms and other organisations, enhanced dispute resolution webinars and training programmes attended by more than 1000 people, and structured internships for more than 20 law students.

To secure the long term future of the IAC, in addition to the continuation of Mr. Campbell-Holt as the IAC Registrar and Chief Executive, Mr. Thomas Kruemmel was appointed to be the new IAC Chairman from 1 January 2023. Mr. Kruemmel is an IAC Arbitrator Panel member and has many years of international arbitration and mediation experience as a global leader in the law with specific experience of commercial dispute resolution from Europe, particularly in Germany, where he is a partner at the law firm Meyer-Koering in Berlin, Germany. He is a member of numerous law committees and has law degrees from Bonn, Germany, and the University of Glamorgan, Wales. He was awarded the Chevalier dans l’ordre national du mérite award from France. His appointment as IAC Chairman from 2023 will enhance the IAC’s credentials as a world class international arbitration centre. The first IAC Chairman, Ms. Barbara Dohmann QC, who has been instrumental to the establishment and development of the IAC as the number one choice for arbitration and mediation disputes in Eurasia, will retire from her IAC chairmanship on 31 December 2022.

The Rt. Hon. The Lord Mance, Chief Justice of the AIFC Court, commented:

«I am delighted that the AIFC Court has become an active commercial court as it comes to the end of its fourth year of operations. The AIFC Court has given 21 judgments and has ongoing case work including a range of contractual disputes in the commercial field. I am particularly pleased that, despite the pandemic, the AIFC Court has not been confined to remote hearings but has recently heard its first case in its world class premises in Nur-Sultan, Kazakhstan. I welcome the constitutional arrangement under which the first case has, by consent of the parties to the case, been transferred from the national courts of the Republic of Kazakhstan to, and has so been dealt with by, the AIFC Court. I am also grateful to all the other Justices of the Court and to the Registrar and Chief Executive for recently renewing their commitment to the AIFC Court for another five years. International investors can be confident that the world class standards of justice provided by the AIFC Court are assured for the future.»

«2021 was another very successful year for the IAC. We had an unprecedented number of arbitration awards and mediation settlements for a new centre at this stage of its operations. We collaborated successfully with arbitrators, mediators, and partner ADR institutions from around the world. The IAC provided a large number of webinars and training programmes on current arbitration and mediation matters, and it generally contributed to the promotion and development of arbitration and mediation in Eurasia. Investors can take comfort that the long term future of the IAC as an independent world class arbitration and mediation institution is secure; continuity has been assured by the appointment of RA Thomas Kruemmel, IAC Arbitrator Panel member and Partner at the internationally focused law firm Meyer-Koering in Berlin, Germany; I am delighted to say that he will succeed me as IAC Chairman from 1 January 2023».

The Astana International Financial Centre was established on the initiative of the First President of the Republic of Kazakhstan – Elbasy Nursultan Nazarbayev as part of the National Plan «100 steps to implement five institutional reforms». On July 2, 2020, as part of the meeting of the AIFC Management Council, the Center’s Development Strategy was adopted until 2025. According to it, the vision of the AIFC is to become a leading international financial centre in the region, including Central Asia, the Caucasus, the EAEU countries, Western China, Mongolia and Eastern Europe.

The mission of AIFC is to promote the sustainable long-term development of the region. As the Head of State noted, K.Tokayev, «The AIFC with its unique capabilities can act as a universal platform connecting the countries of the region.» aifc.kz

The AIFC Court is an independent legal entity. It has its own procedural rules modelled on English common law procedures and leading international practice. The AIFC Court is separate and independent from the courts of the Republic of Kazakhstan. It consists of two tiers: a Court of First Instance, which includes a specialist division known as the Small Claims Court; and a Court of Appeal. It has exclusive jurisdiction over disputes arising out of the activities and operations of the AIFC and jurisdiction in the case of other disputes in which all parties agree in writing to give the AIFC Court jurisdiction. It does not have jurisdiction in relation to any disputes that are of a criminal or administrative nature. It applies the most up to date and efficient case management practices. https://court.aifc.kz/