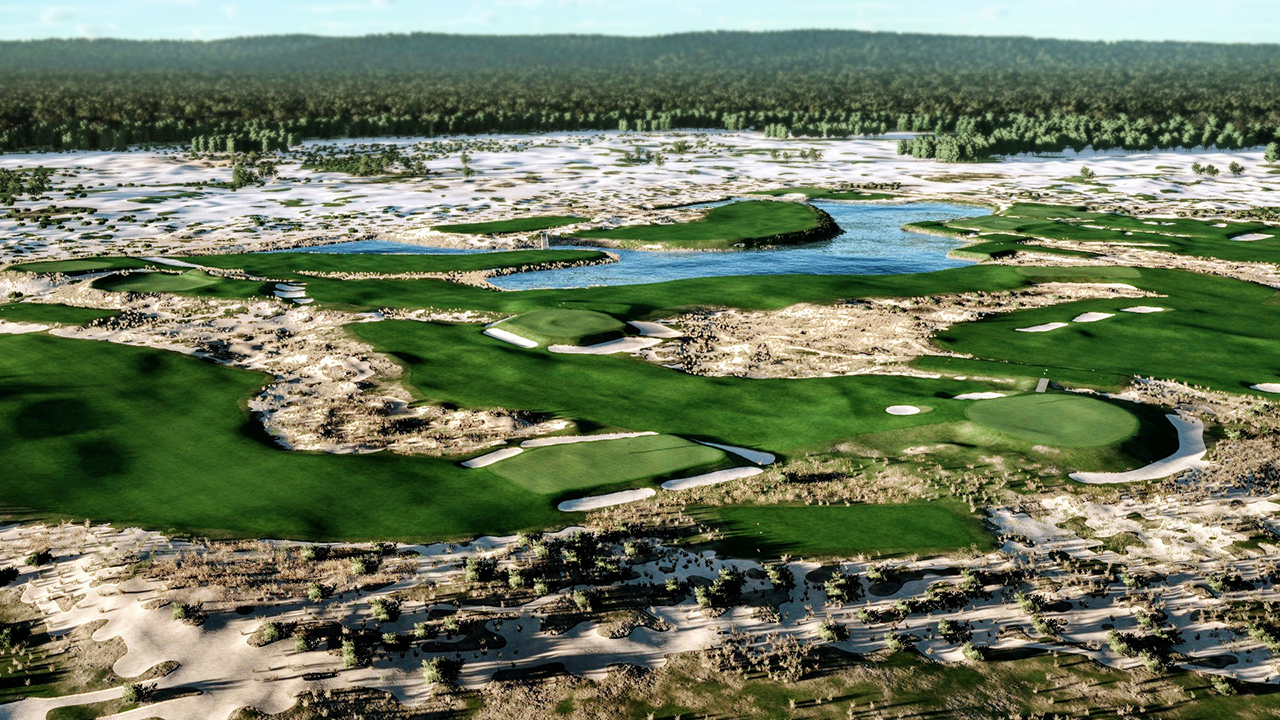 A photo rendering of The Lido, a new 18-hole layout at Sand Valley in Wisconsin (Courtesy of Peter Flory and Sand Valley)

Sand Valley in Wisconsin, already home to two of the top Golfweek’s Best Modern Courses in the United States, has big plans for a third 18. And while it will be new, this track by Tom Doak won’t be quite so modern.

The Keiser brothers, Michael and Chris – sons of Bandon Dunes founder Mike Keiser and the operators of Sand Valley – are starting construction on The Lido, an 18-hole layout that will, with exacting efforts, reconstruct Long Island’s long-vanished but still-alluring Lido Golf Club in Long Island, New York.

The original Lido was designed in 1914 by C.B. Macdonald and Seth Raynor – with an 18th hole inspired by Alister MacKenzie’s entry in a course-design contest. It featured many of the classic template holes, such as the Redan, Biarritz and Punchbowl. Considered by many to be among the finest courses in the world, the Lido was plowed under to accommodate a U.S. Navy base in World War II.