“Tom Uren … never ceased to be concerned about rapid population growth resulting in growing inequalities as well as impacting on the environment, … (in) his Department for Urban and Regional Development (DURD) … Tom was always most concerned about the impact on people at the grass roots level. He particularly regretted the projects pursued by insensitive state and federal governments without consultation with the people most affected”. Brian Howe discussing the approach and major contributions of the Whitlam, Hawke and Keating Governments to Urban and Regional Australia.

It’s time to admit defeat in the war against climate change. The International Panel on Climate Change (IPCC) has just released the world’s most up-to-date and accurate document about how to stop climate change, in three volumes.

One was on the causes; Two was on the impacts; and today’s release, number Three, is on mitigation – or what we can do to stem climate change (BBC). Lovely sentiments, it’s full-on Pollyanna possible – but completely divorced from reality. It’s NOT going to happen.

We are almost at 1.5 degrees warming, and already the feedback loops are causing weather chaos and disaster. The commitments for climate abatement made at COP26 in Glasgow are being ignored across the globe. In the USA, Biden’s green desires are powerless in the face of fossil fuel fanatics driving massive increases in shale oil and gas mining, citing energy independence (Financial Times). Australia can’t even meet (or beat) its risible offering.

Three of the biggest emitters, China, India and Russia are more interested in waging real wars than ones on the climate. And the war in Ukraine has shown how shallow the talk is, exposing the utterly brown convictions of ‘Mutti Merkel’ in funding Russia’s armaments in Germany’s thirst for gas (A+D). Seems it might be time to turn the nukes back on.

All the signs are that we will get to 2.5 degrees before anything meaningful will happen. We need to pivot (2021 word of the year) from agitation to adaptation. Heresy maybe, but ten thousand Greta Thunbergs aren’t working.

The fight against fossil fuels

Fossil fuels are evil in three ways: they are the main contributors to climate change; they degrade our environment; and they underpin the world’s most evil regimes. I’m not proposing that we stop the fight against fossil fuels, it’s just that climate change doesn’t seem to be a sufficiently effective reason, on its own, to end them. So, let’s adapt our arguments to the other two.

In many ways the environmental damage of fossil fuels is far more evident and undeniable than the greenhouse gases causing climate change. Open cut mines that despoil square kilometres of land; oil rigs with fires and spills, water loss and aquifers ruined.

The counter to this environmental menace is sustainable design: wind and solar, electric vehicles and carbon positive buildings. All things that designers and architects can be expert at; particularly in asserting design qualities as a determining factor. As well-meaning as ‘Architects Declaring’ may be on climate change, our core activity can either enhance the environment or degrade it. Does our work ‘spit or suck’ as Professor Paul Osmond at UNSW says.

The third aspect is not often discussed, but equally important. Fossil fuels promote despotism. The regimes that benefit from fossil fuels range from the deadly autocratic – Saudi Arabia and the Gulf States, Russia, Venezuela; to the democracies of the USA and France overrun by oligopolies; to the lunatic fringe of our National Party who benefit from coal mining. Not much we can do except act locally.

The ‘Ten Femmes’ independent candidates, who have climate change at the centre of their policies, could have an unexpected consequence in their vanquishing of the so-called LNP moderates: the party could lurch even further to the right, all Canavan and Joyce, plunging it into a period of internecine instability, ensuring at least two, perhaps three, terms for the Labor party to make long-term policies and progress. A key policy that we architects and planners should advocate for is adaptation.

We can try to design an end to fossil fuels, in the hope of reducing climate change, but we also need to be planning for the failure to achieve that goal. That is, we need to design for adaptation to a rapidly changing and dangerous climate, and its effects, which are increasingly felt in regional areas more than the cities.

The Department of Regional Regeneration and Development

A key policy I’m proposing for the new federal government is the establishment of a ‘Department of Regional Regeneration and Development’, or DRRD. Older readers might see in its pronunciation a recollection of the ‘Department of Urban and Regional Development’, or DURD under Tom Uren, one of the unsung successes of the Whitlam government 50 years ago, developing ideas for satellite towns like Bathurst-Orange, Albury-Wodonga, and Elizabeth in Adelaide.

The need for adaptation is far more critical in the regions than in the cities. Think of bushfires devastating Cobargo and Mallacoota, floods destroying Lismore and towns on the northern NSW rivers or cyclones from Broome to Darwin to Townsville. 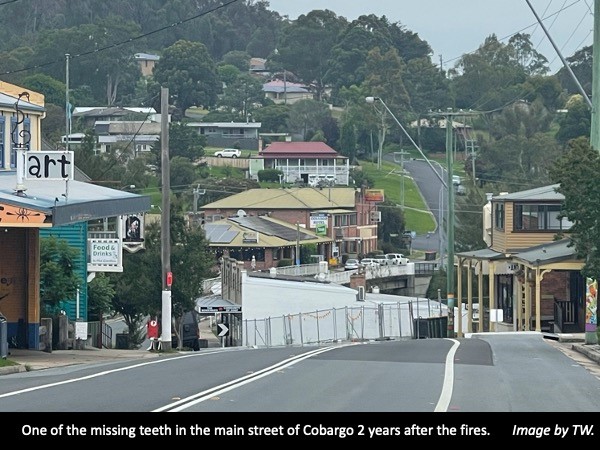 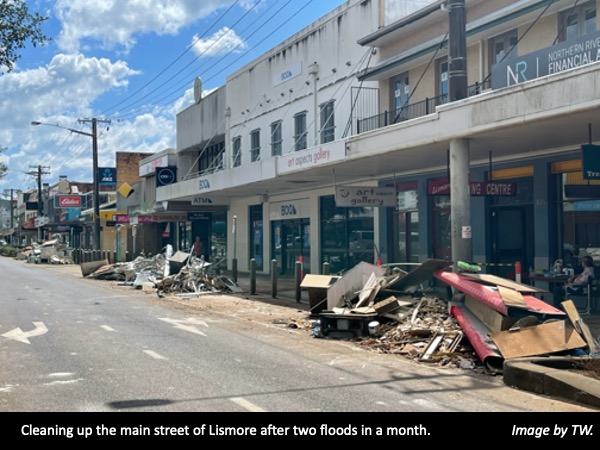 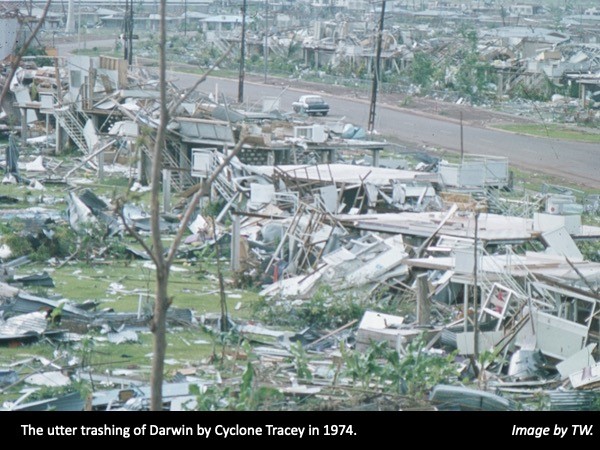 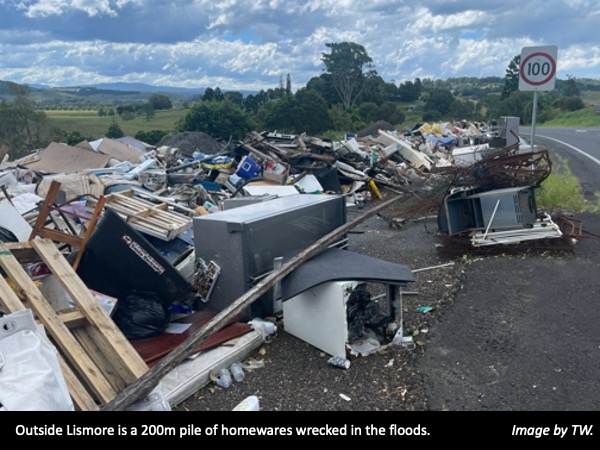 It cannot continue as business as usual, to stay ‘as is’. Regional regeneration could be the next ‘big plan’ along the lines of the Sydney Harbour Bridge, the Snowy Scheme and the NBN. Except this is bigger than all those combined, and yet it is dispersed, local and personal. It’s the big project with a million small parts.

Everything must change and adapt, from towns to villages to houses to white goods and homewares. It is in this work of adaptation that architects, planners and designers can do their best work.

We should be using our inestimable skills in planning ways to adapt towns to become major regional centres, to be more cohesive and self-reliant, to be more inclusive to service the region. We need to restructure the infrastructure around them, so they become hubs that can survive the weather. We need to address the thorny issue of whether villages should no longer exist. We need better design at all levels.

One success in Australia has been the adoption of refugees into regional areas. A win-win is possible: refugees could be ideal workers to help regenerate the regions, and the regenerated country becomes a refuge for our neighbours in Southeast Asia and the Pacific, whose homes will be rendered uninhabitable by climate change.

As we turn to solar, wind and waste, with better infrastructure and building designs, we turn from a nation that suffers disasters, to an island refuge for those impacted worse than us. Forget Dick Smith and his doomsday ideas of closing our doors to return to some suburban culture of his youth. We must move forward and reconfigure our country to take a far greater number of climate refugees, who will be part of the rebuilding of our regional areas.

Tone Wheeler is principal architect at Environa Studio, Adjunct Professor at UNSW and is President of the Australian Architecture Association. The views expressed here are solely those of the author and are not held or endorsed by A+D, the AAA or UNSW. Tone does not read Instagram, Facebook, Twitter or Linked In. Sanity is preserved by reading and replying only to comments addressed to [email protected]