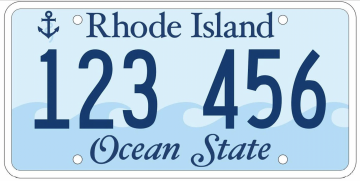 The new Rhode Island license plate has been chosen by popular vote. There’s something to be said for a democratic election, but not when one has a Sophie’s choice of awful alternatives. To note that 52% of the ballots cast were for this plate only suggests the level of pubic taste (just because billions and billions of Big Macs have been sold does not mean that they are real food).

At the risk of picking nits, the state name should be all upper case, while the italic Ocean State is simply too cute. And the waves–what should have been the key feature–are rendered here as if in a diagram of a circular saw blade

We should be grateful that there are no calamari or quahogs on the plate, although perhaps they would have given the license plate a sense of place missing in the soft powder blue field. Is the blue supposed to be a reference to the ocean? (The Pell Bridge, a sailboat, and a lighthouse did suggest Narragansett Bay.) Alas, it looks more like a Febreze advertisement or as if the license plate had been half emersed in a toilet with Ty-D-Bol detergent. 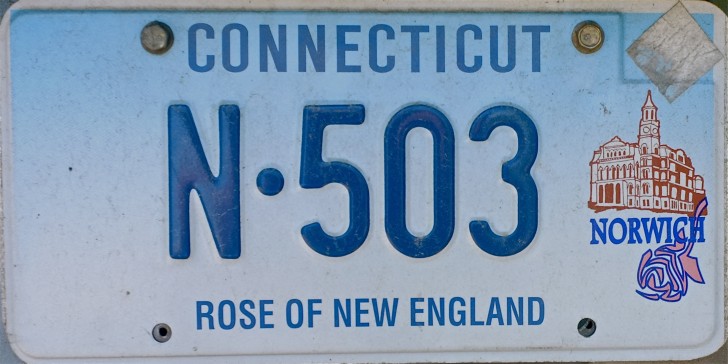 Connecticut specialty plate for the City of Norwich. The standard Nutmeg State plate has the same fading blue. Photo: Will Morgan

The five finalists, chosen by the staff at the DMW offered nothing strong, unusual, or handsome. Rhode Islanders deserved something better. 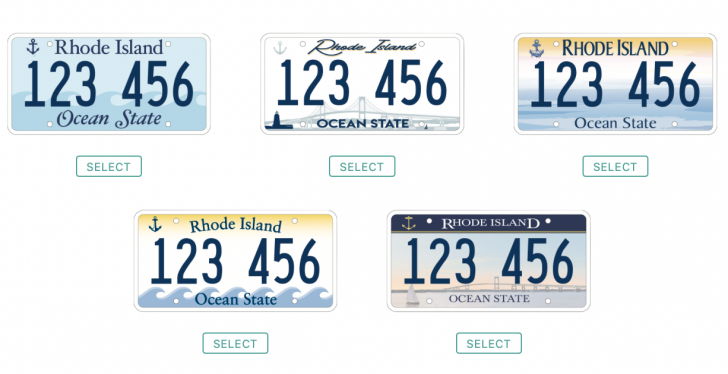 The baby boy blue background is used in a number of other state plates. Is there some design manifesto somewhere that says twee colors are less likely to offend? Perhaps it is easier to manufacture?

At least blue and white are the University of Kentucky’s colors, but otherwise, this plate is a graphic disaster. By comparison, the new Rhode Island plate is a minor masterpiece of restraint. 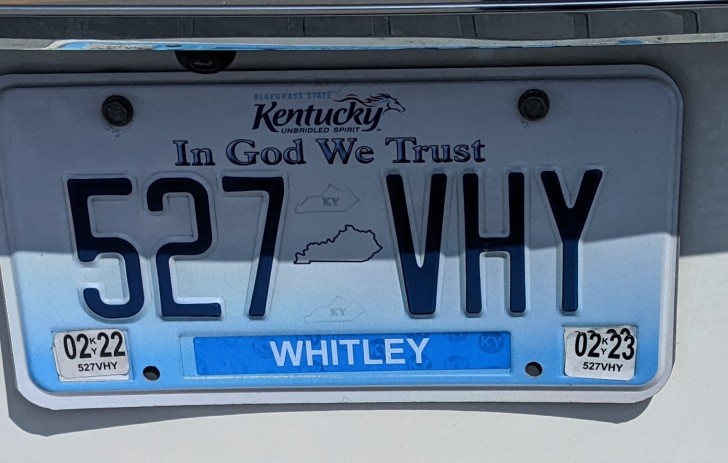 The designer of the new plate, Willem Van Lanker, of South Kingstown, deserves credit for trying to work within the impossible standards imposed on the contest. The RISD graduate was trying to do a modern update on Tyler Smith’s classic wave. One does not know whether to applaud or laugh at the five little spit-curl waves representing the equal number of counties.

People tell me, it could have been worse. But the new plate could have been so much better. Perhaps it was Governor McKee, when unveiling the new plate, who said it best: It’s a symbol of Rhode Island’s evolution over the years.” Perhaps so, but to judge from the downright handsome plates of the past, the five-wave plate marks a race to the bottom. 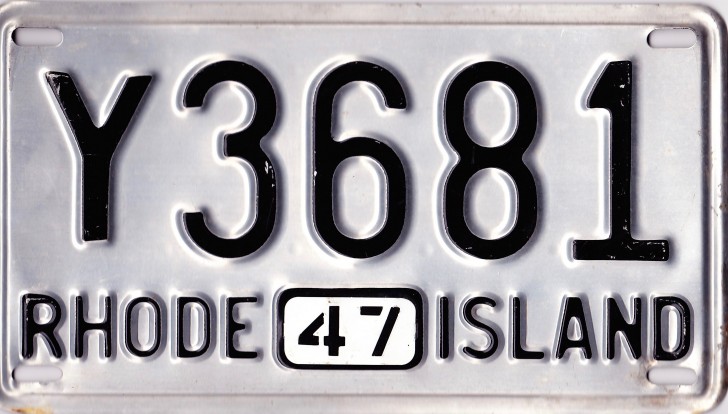 Seventy-five years ago, Rhode Island produced one of the most classic license plate designs. Is the new plate an evolutionary improvement? PHOTO: Will Morgan

GoLocal architecture critic Morgan has an undergraduate degree from Dartmouth and two graduate degrees from Columbia. He has taught at Princeton and at Brown. He likes to remind people that the Ivy League is merely a collegiate athletic conference.