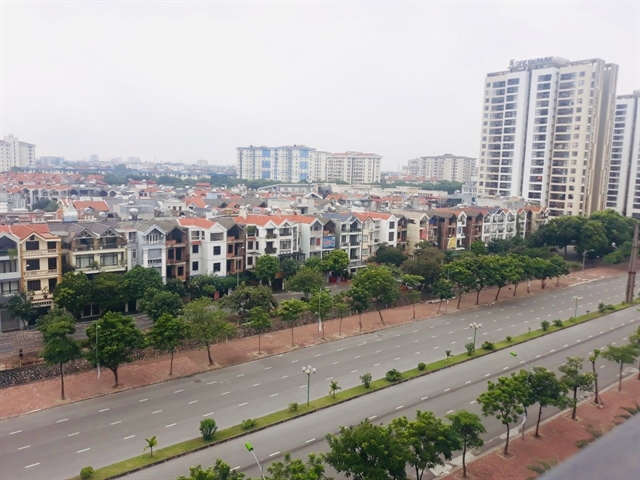 HÀ NỘI — Many large enterprises are signing M&A deals for projects that are currently on hold, and then quickly finishing construction to bring the products to market in a short time frame.

The fact that CFLD is no longer a shareholder shows that the super project on Đại Phước island has changed hands. According to some sources, the project now belongs to a large Vietnamese real estate enterprise.

The project was formerly known as Đại Phước Lotus Urban Area, owned by a joint venture between Construction Development Investment Corporation (DIC) and VinaCapital Group. It was approved in 2005, then put on hold for a long time. By 2017, after completing two villas, VinaCapital ceded all the undeveloped land and some items to CFLD.

The real estate market were active since the beginning of the year with many other M&A deals.

At the end of January, Viva Land Investment and Development JSC officially owns the Capital Place building, which previously belonged to CapitaLand Vietnam, through its affiliates. The deal value disclosed by CapitaLand Group is up to US$550 million.

Capital Place is known as a grade A office project, located in the heart of Ba Đình District, Hà Nội, providing nearly 100,000 m2 of office and retail space. At the end of 2021, Viva Land also became famous in the realty market after reviving the Saigon One Tower project that had been idle for many years at a golden location in District 1, HCM City. The project was later renamed IFC One Saigon.

Recently, Keppel Land Group signed a binding contract with Phú Long Real Estate to buy 49 per cent of shares in three land plots in Mailand Hanoi City, Bắc An Khánh Urban Area, with a total value of over VNĐ2.7 trillion.

The three land plots have a total area of ​​14.2 ha, including two areas planned for low-rise housing development and one area for high-rise apartment buildings.

The transaction is expected to be carried out in the third quarter of 2022.

The difference leading to the success of these deals is the post-M&A strategy.

After most deals are done, buyers quickly revive these on-hold projects, helping to increase supply and liquidity.

At the end of February, Novaland Group and Tài Nguyên Investment and Development United Corporation held a ceremony to start the Grand Sentosa Project in Phước Kiên Commune, Nhà Bè District, HCM City after construction had been suspended for a number of years.

The project is planned as a commercial and service complex and high-class housing area, with a total area of ​​more than 8.3 hectares. It is expected to provide more than 2,000 apartments and commercial townhouses to the market.

Notably, it took less than a week from the time Novaland announced the M&A deal to the official start of construction.

Saigon Bình An Urban Area in An Phú Ward, Thủ Đức City is another project that was also quickly kicked off after being handed over to the new owner, Masterise Homes, in early January 2022.

Clearly, due to uncertainties during the pandemic over the past year, investors tend to look for M&A projects that can be implemented in the short and medium-term.

Although the speed of reviving projects depends on many factors, one thing in common is that all buyers accelerate the completion of projects immediately after being acquired, promising to bring good quality products to the market in 2022, especially in HCM City where has been in short of supply for many years. —VNS