The developers of the $2 billion Wade Park on the Dallas North Tollway had sued lenders who took ownership of the 175-acre property in 2019 after a loan default.

The developer had sought hundreds of millions of dollars in damages from Gamma Real Estate and its executives as a result of the failed deal.

Last week a New York federal count dismissed with prejudice the 17 claims against the lenders.

“Our clients are gratified by the court’s comprehensive and compelling rejection of plaintiffs’ baseless claims,” Michael J. Dell, litigation partner with Kramer Levin which represented Gamma Real Estate, said in a statement.

Construction on the sprawling Wade Park project stopped in 2017 leaving half done buildings and a huge hole in the ground.

The development on the Dallas North Tollway was planned for high-rise offices and hotels, shopping centers and luxury residential. At one time, it was one of the largest real estate developments planned in North Texas.

Gamma Real Estate investors have been working with the city of Frisco to come up with alternative development plans for the high-profile site, which is across the tollway from the Dallas Cowboys’ Star project and the $1.8 billion Frisco Station complex. 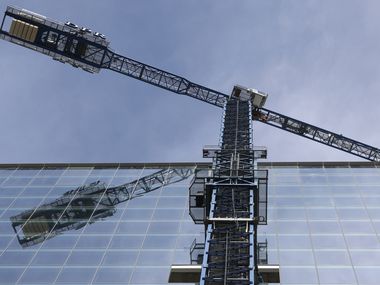