After 35 years as a Brooklynite, more specifically a Bay Ridger, a job location prompted a move to Flushing in 1993 and then east to Little Neck in 2007. During those years, Flushing has continued to ascend as an Asian-American cultural and culinary center, while Little Neck has declined with the loss of several keystone businesses like the Scobee Diner and Little Neck Inn. I remain, as the garden apartment I purchased is roomier than any other place I’ve lived, and the Long Island Rail Road and Q12 bus are close.

Flushing is among the oldest of Queens’ old towns, yet it retains an uneasy marriage between its colonial and modern eras. The land just east of the Flushing River in the center part of Queens has been occupied for many centuries by the Matinecock Indians and later by Dutch and English settlers, and later by waves of immigrants, all of which have put their own particular stamp on the region.

The Dutch, led by New Netherland Governor William Kieft, took the region from the Indians and warred with them until the English arrived in 1645, on invitation from Kieft, who granted the English a vast 16,000-acre tract that included what’s now Flushing. The name is an English transliteration of the Dutch town of Vlissingen. Flushing, though, for most of its history was Dutch-dominated only because Peter Stuyvesant, Kieft’s successor, was its governor during its early history. The Brits named the town in honor of Vlissingen because the town harbored English refugees before they sailed for America. Where does the Dutch name “Vlissingen” come from? The derivation of the name Vlissingen is unclear, though many etymologists and scholars relate the name to the Dutch word fles, or “bottle” in one way or another; other accounts have it as “salt meadow valley.” 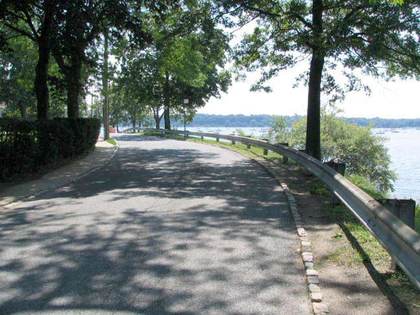 Major Thomas Wickes, originally from Huntington, owned the entire Douglaston peninsula jutting into Little Neck Bay after the Revolutionary War, and subsequently sold it to Wynant Van Zandt in the 1810s. Scotsman George Douglas purchased the peninsula from Van Zandt in 1835. The region was later developed as a suburban resort and exclusive enclave, and has pleasant views of Little Neck Bay and Long Island Sound. Streets were laid out in 1906 by the Rickert-Finlay realty company, who’d purchased the property from William Douglas, George’s son, and eclectic, individualistic homes were built in the area, which has always been among Queens’ most affluent. The streets have retained their original names and have ignored the Queens mania for giving every street a number. The Douglas name was appended to the area in 1876, after William Douglas had donated a Long Island Rail Road stop. Douglaston is easily defined by its peninsula, but its eastern boundary with Little Neck isn’t so certain. Some say Marathon Parkway, while I’d move it a bit west to 248th St. 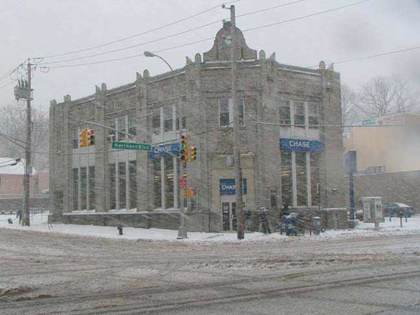 By 1636 Europeans had driven the Matinecock Indians, the area’s original settlers, out of the area along the North Shore east of Little Neck Bay called Madnan’s Neck after an Indian word meaning “place of fish.” Madnan’s Neck was subdivided into Little and Great Neck, after their relative sizes, “neck” in its old meaning of “short peninsula” (Gravesend Neck Road in Brooklyn is named because it originally led to land that jutted out into a body of water that was later filled in). Little Neck developed as a fishing village after “Little Neck” clams were discovered in Little Neck Bay in the 1830s. But the bay was overfished and polluted after a few decades, though Little Neck Bay still has a lively recreational boating scene.

A former subsection of Little Neck was a real estate development called Marathon Park, which comprised 247th, 248th and 249th Sts. from Northern Blvd. north to 40th Ave. Thebes Ave. also seems to include a Greek-naming theme, but the concept was never fully developed. 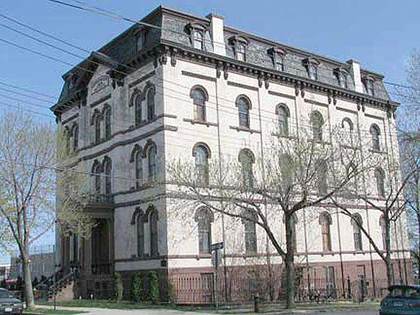 College Point was originally settled by the Native American Matinecocks. The Indians sold much of it to New Netherland Governor William Kieft in 1645. William Lawrence was the first British settler and by 1838, Augustus Muhlenberg, rector of St. George’s Church on Main St. in Flushing, had founded St. Paul’s College in the area. The college foundered within a decade, but College Point and College Place still recall it.

Manufacturer Conrad Poppenhusen (1818-1883) arrived from Germany in 1854 and converted College Point into a company town. Poppenhusen opened a rubber factory employing hundreds of immigrant workers and native College Pointers; he produced rubber products, combs, dental and medical goods and hardware and also built the Flushing and North Side Railroad, now a part of the LIRR Port Washington line, and later owned the LIRR between 1876 and 1879. Poppenhusen built water and sewage systems, a library, and the Poppenhusen Institute on the far west side of town, which included the first free kindergarten in the United States. He’s recalled by the Institute, an avenue, and an 1884 bust by Henry Baehrer at Poppenhusen Triangle at College Place and 12th Ave. College Point is easily defined—it’s east of Flushing Bay and cut off from the rest of Queens by the Whitestone Expressway and the former Flushing Airport. 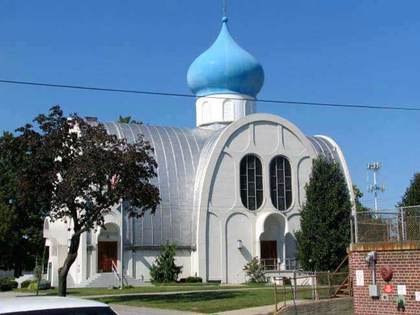 According to legend, Whitestone takes its name from a large offshore rock where tides from the East River and Long Island Sound met; in other accounts the name’s in honor of the White Stone Chapel, erected by early settler Samuel Leggett in 1837. For a time, Whitestone was known as Clintonville, after NYC mayor and NY State Governor DeWitt Clinton. Both Leggett and Clintonville are recalled in area street names.

Whitestone’s claim to fame in the colonial era was the patriot Francis Lewis, a member of the US Continental Congress and a signer of the Declaration of Independence. Lewis lived in an estate at today’s 7th Ave. and 151st St.; the house was burned by the British in the aftermath of America’s declared independence. In 1854, the same year Poppenhusen arrived in College Point, tinware manufacturer John Locke built a stamping mill and brought in workers from Brooklyn. Saloons and roadhouses (some of which stood until the 1990s), stores and schools were built along what are now 150th St. and 14th Ave., mansions sprung up along the East River, and a railroad arrived in 1869, which was abandoned in 1932. 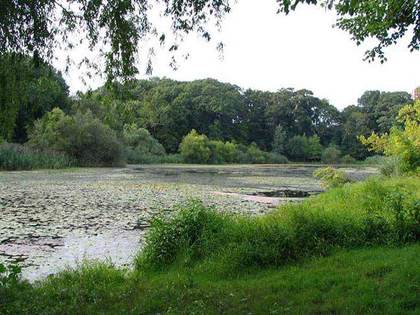 Oakland Lake is the largest of a number of small “kettle ponds” left over from the passage of a glacier that stopped its southern progress in the middle of Long Island 15,000 years ago. According to the NYC Parks Department, it was once thought to be 600 feet deep, but the lake bottom was found to be just 20 feet in 1969. Similar to what was done with Kissena Lake, Oakland Lake was surrounded with a concrete lining and “citified” in the 1930s. After lean years in which the lake’s condition deteriorated, a revitalization effort was spearheaded by local resident Gertrude Waldeyer, whose Oakland Lake and Ravine Conservation Committee raised $1 million to restore the lake to its natural state. It’s now home to catfish, sunfish and carp. Oakland Lake has taken its place, along with other Alley Pond lakes such as Turtle Pond, Potamogeton Pond, Lily Pad Pond and Muskrat Pond as small glimpses of real wetland in the city. A mansion built by a member of the prominent Lawrence family (whose private cemetery can still be found at 42nd Ave. and 216th St.) in the 1840s was called “The Oaks.”

The neighborhood south of the pond, from 46th to 73rd Aves. and from 210th to 233rd Sts., was named for the lake. The neighborhood contains Benjamin Cardozo High School and Queensboro Community College.

—Kevin Walsh is the webmaster of the award-winning website Forgotten NY, and the author of the books Forgotten New York (HarperCollins, 2006) and also, with the Greater Astoria Historical Society, Forgotten Queens (Arcadia, 2013)