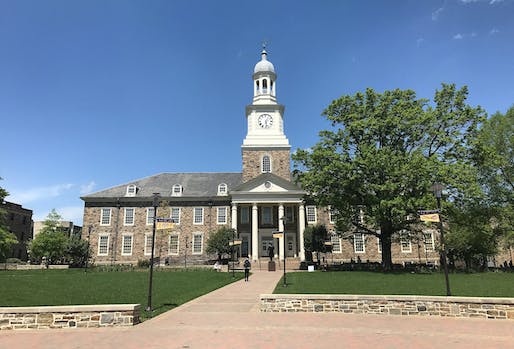 In the face of many recent setbacks and other challenges befalling America’s Historically Black Colleges and Universities (HBCU), the country’s largest African American-owned architecture firm, Moody Nolan, is now setting out once again to improve the prospects and educational resources of their community by leading the design services for a new science center for the campus of Morgan State University (MSU) in Baltimore, Maryland.

Coming in at a total project cost of $150 million, the 246,435-square-foot science center is expected to be completed by the year 2027 and will take the school even further toward its ultimate aim of becoming the first HBCU-classified R1 university by the Carnegie Classification of Institutions of Higher Education.

To date, the firm has completed more than 30 projects at HBCU campuses throughout the country, including the soon-to-be-opened Thurgood Marshall Hall residential housing at MSU, which has been pursuing an expansion of its STEM and other research offerings under the Morgan Momentum institutional plan begun under the leadership of President David Wilson in 2010.

“For our firm, this represents a unique design opportunity. The designated location of the new science complex will serve as a gateway to the campus and a beacon to the surrounding Baltimore community,” chairman Curtis Moody said of his firm’s commitment in a press statement issued last week at the announcement of their second recent MSU project. “We will make the new science complex a place that will endure as a threshold and a catalyst for ushering in a new era of research and innovation for Morgan State students and faculty.”

Following the demolition of the university’s aging Washington Service Center building, construction will begin sometime in the spring of 2024 (the same year the firm expects to complete the design) and include some $10.6 million in total contracts tendered to minority-owned businesses (MBE) in both phases. President Wilson says it is part of a “monumental transformation” aimed at providing students in the sciences with “modern facilities that are equipped to address the work of the future and the future of work.”

“To bring to life the vision for a high-tech science facility capable of housing some of our top research projects and STEM instruction, we sought to partner with an equally innovative design firm with experience in the HBCU space and a national reputation for creative architecture,” he said finally. “And we believe we have that in the selection of Moody Nolan.”