Yesterday was a hugely important day for professional football in Australia, with the game’s governing body scrapping the previous ‘A-League’ and ‘W-League’ brands and instead launching an inclusive new ‘A-Leagues’ title.

The rebrand will see the A-Leagues create a unified social media presence for the men’s and women’s game and is seen as an important step in growing the sport in Australia.

The rebrand has been widely praised for promoting inclusivity in sport. However, as is often the case with a rebrand, the new name comes with a new logo – and not everyone is happy.

The previous logos (see below) – which were based on the shape of a football – have been ditched in favour of a new graphic which shows an ‘A’ made up with a dot and slash. 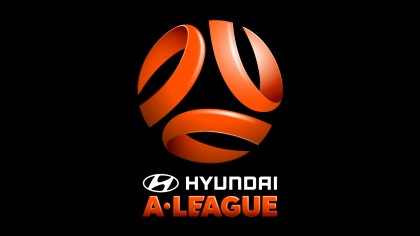 Excited to announce that our leagues have all united under one legendary league. Introducing A-Leagues! 🎉 #WeAreALeagues pic.twitter.com/6uTPzAnZ4J

And as it turns out, the A-Leagues isn’t the first brand to think up this design.

Did @aleaguemen and @aleaguewomen just rip off the new @Accor logo with the unveiling of the A-Leagues logo? 😂
Is someone going to post the finished one, and not the pathetic half finished one we see here?@TheRealALM @AleagueHub pic.twitter.com/Yh7XDlKnat

But local business Adelaide Building Consulting has a particularly similar logo – and has embraced the likeness on its own social media channels.

The company yesterday changed its logo on Facebook to read ‘A-League Building Consulting’.

Adelaide Business Consulting’s managing director Tim Rogers appeared on Breakfast with Dave & Will this morning to discuss the matter and explained he has already been approached by “multiple” lawyers.

You can see his chat here. Rogers was on-air from around 7:25am.