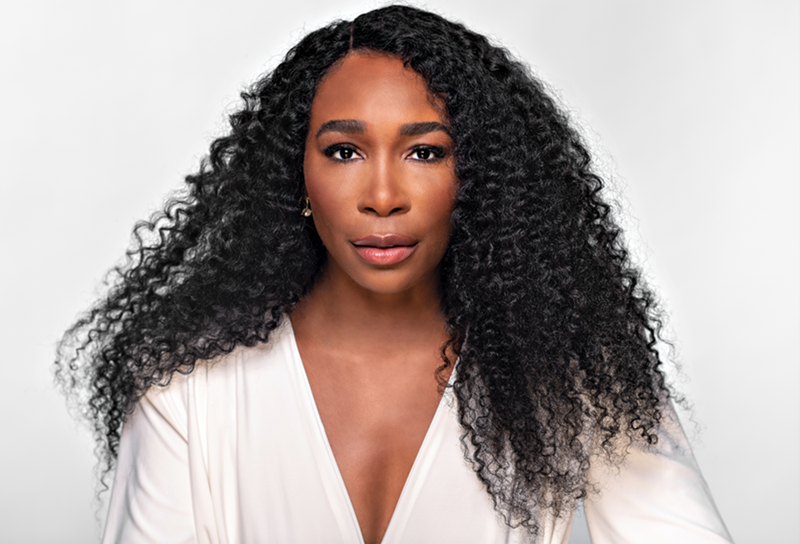 Williams, an American tennis professional, equality advocate and fashion genus, will take part in a moderated Q&A at Bud Walton Arena, which is free and open to the public with no required tickets. Doors will open at 6 p.m. from the south entrances only and the Q&A will begin at 7 p.m.

For those who cannot attend, watch a live video of the Q&A, hosted on the UA Productions YouTube channel.

Danyelle Musselman will serve as the moderator. Musselman has an extensive background working in sports broadcasting with years of experience in anchoring, hosting, and reporting. Most recently, she worked for the NFL Network where she served as an update anchor and as the host of “Up to the Minute.”

She also served as the host for Yahoo Sports, and as an anchor for Fox Sports Net. In addition, Musselman has worked as a sideline reporter for FOX Sports NFL games and spent two years anchoring various programs on ESPN and ESPNews.

Musselman is the co-chair of the Coaches vs Cancer Wives & Friends team and serves as the market chair for the Make a Wish Foundation Mid-South Region. Musselman is married to current Arkansas men’s basketball coach, Eric Musselman. They share three children, Michael (25), Matthew (20), and Mariah (11).

With seven Grand Slam titles, five Wimbledon championships and four Olympic gold medals, Williams is arguably one of the most accomplished and inspiring women in the history of sports. Not only a force on the court, she parlayed her fine-tuned business acumen with her healthy competitive spirit into two successful design ventures: V Starr, a full-service commercial and residential design firm, and fashion-forward lifestyle and activewear brand, EleVen by Venus Williams.

Most recently, Williams served as an executive producer on the Warner Brothers Oscar-winning biopic King Richard, which detailed the influence her father and coach, Richard Williams, had on her as she became a tennis icon and changed the sport for generations to come.

Due to ongoing Razorback baseball and softball games on the same day, those attending the Venus Williams Q&A are encouraged to park in Lot 56 (at the corner of Razorback Road and Dr. Martin Luther King Jr. Boulevard), Lot 46E, Lot 47N, Lot 47W, and limited parking for people with disabilities will be available in Lot 60. Metered parking is available for $1.75/hour at the Stadium and Harmon Parking Garages.

For questions or for accommodations due to disability, please contact the Office of Student Activities at osa@uark.edu or call 479-575-5255. The Distinguished Lectures Committee is a program in the Division of Student Affairs.

About the Division of Student Affairs: The Division of Student Affairs supports students in pursuing knowledge, earning a degree, finding meaningful careers, exploring diversity, and connecting with the global community. We provide students housing, dining, health care resources, and create innovative programs that educate and inspire. We enhance the University of Arkansas experience and help students succeed, one student at a time.

About the University of Arkansas: As Arkansas’ flagship institution, the U of A provides an internationally competitive education in more than 200 academic programs. Founded in 1871, the U of A contributes more than $2.2 billion to Arkansas’ economy through the teaching of new knowledge and skills, entrepreneurship and job development, discovery through research and creative activity while also providing training for professional disciplines. The Carnegie Foundation classifies the U of A among the top 3% of U.S. colleges and universities with the highest level of research activity. U.S. News & World Report ranks the U of A among the top public universities in the nation. See how the U of A works to build a better world at Arkansas Research News.