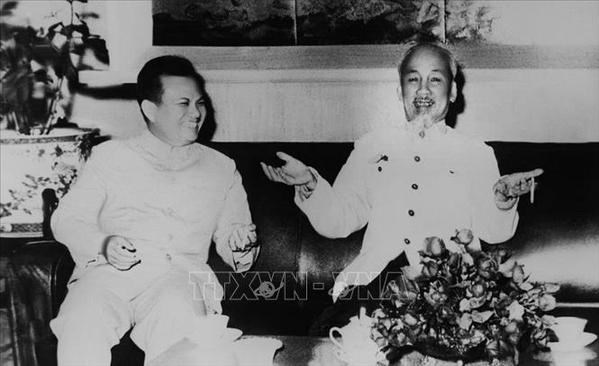 Vientiane (VNA) – Pathet Lao Newspaper run by the
Lao New Agency (KPL) on April 25 published an article on the special
Laos-Vietnam relationship is developed throughout the history of national
construction and defence, highlighting the long-standing solidarity and sound traditional
friendship between the two neighbouring countries over the past more than nine
decades.

With over 2,000km of the shared border, Vietnam and Laos have
shown strong mutual support, especially during hard time, the article noted,
stressing that the two nations have maintained sound neighbourliness and close
ties through all historical periods.

The ties, founded by President Ho Chi Minh, President Kaysone
Phomvihane and President Souphanouvong, have become an
invaluable treasure of both nations and the common development rule of the two
countries during their path of developing towards a prosperous country with
rich and happy people.

During the struggles against invaders, Vietnamese and Lao
peoples coordinated closely with each other for the same purpose of regaining
national independence and freedom, the article said.

Right after gaining power, the Vietnamese and Lao
governments signed a treaty on Laos-Vietnam mutual support and another on the
Vietnam-Laos Alliance, laying the first legal foundation for their cooperation
to fight their common enemy. President Ho Chi Minh once said: “We consider the
happiness and prosperity of Laos as our own,” while the spirit of “helping our
friend is helping ourselves” has been maintained throughout the history of both
countries. 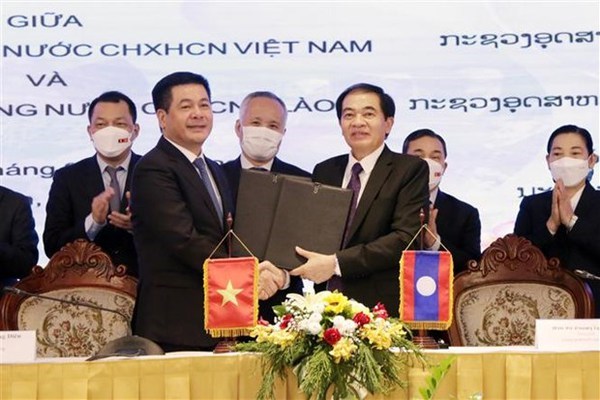 During the wars, a great deal of Vietnamese voluntary
soldiers joined the Pathet Lao armed forces, shedding their blood for the
victory of the revolution in both countries with the signing of the Geneva
Agreement in 1954 on the restoration of peace in Indochina.

The article also reviewed the close coordination and the growth of solidarity
between Laos and Vietnam since 1954, highlighting the establishment of the bilateral
diplomatic relations on September 5, 1962.

It said that since 1986 when the two countries started
national reform cause, their special relationship has been further lifted up,
focusing on optimising their advantages and strength and giving each other
highest priority.

The 21st century has witnessed the comprehensive expansion of
bilateral ties in both depth and width. Achievements of bilateral cooperation
in politics, external relations, defence-security, economy, culture, science,
technology, and collaboration among localities have contributed to strongly
promoting the national construction, development as well as regional and
international integration in each country, the article underlined.

It said that this year, as Laos and Vietnam are celebrating the 60th anniversary of bilateral diplomatic relations, 45 years of the bilateral Treaty
of Amity and Cooperation, and the Laos-Vietnam, Vietnam-Laos Friendship and
Solidarity Year, is a good chance for the two sides to reinforce and further
lift up their great friendship, special solidarity and comprehensive cooperation,
thus making positive contributions to the national construction and defence in
each country as well as to peace, stability, cooperation and development in the
region and the world over./.