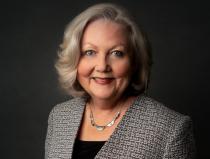 Kingman Mayor Jen Miles is stepping down from her office prior to the end of her term in December.

Miles has held the post since 2018 and previously served as vice mayor, as well as a city councilmember. She made an announcement in March that she would not seek another term due to health reasons but at the time was expecting to complete her term.

In 2020, she survived a recall effort after instituting a mask mandate at the outset of the COVID-19 pandemic.

A statement from Miles praised the collaborative work by city officials for construction development agreements and improvements to the airport, historic downtown and city parks.