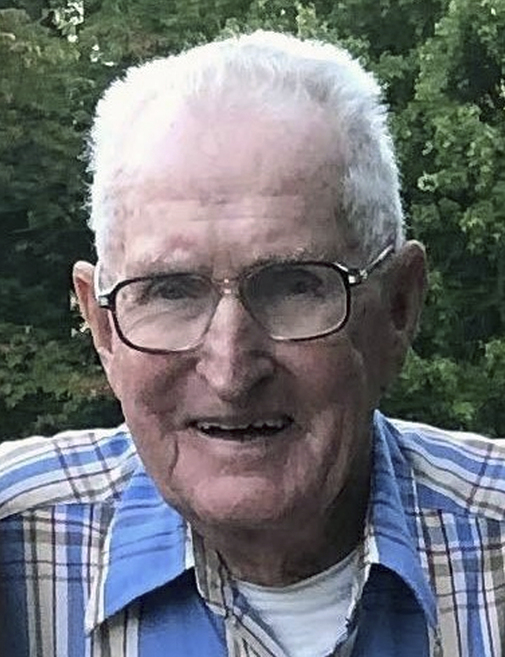 John S. Norris, 87, passed away Friday, Feb. 4, 2022, at Sharon Regional Medical Center.
He was born Jan. 11, 1935 in Andalusia, Alabama, a son of the late Johnnie P. Norris and Audrey Mae Pyburn Norris.
John enlisted in the U.S. Air Force in 1953 and served as a heavy vehicle operator, serving in both Korea and Japan. He was awarded the National Defense Service Medal, the Korean Service Medal and the Good Conduct award.
While being stationed in Japan, one of John’s duties was to transport the children of the Air Force officers to school. One day, a beautiful young teacher was helping the children board the bus. John said from the time he first saw her, he knew that he was going to marry her.
The teacher was the former Mary Ann Sarver. John and Mary Ann were united in marriage on July 28, 1956, at the Wallace Memorial Chapel and relocated to Oklahoma, where he was assigned. They spent the next 62 years devoted to each other and their family until Mary Ann died on Feb. 15, 2019.
When John left the Air Force, he made his home in New Wilmington. He worked for Wagner Motors, where he started his career as a mechanic and eventually became the service manager. He received many Service Awards from Chrysler, not only for his mechanical abilities but also for the respectful way he treated customers.
John was known to help family, friends, neighbors, and strangers when their cars or equipment broke down. He never said no to anyone in need. Even when his eyesight failed, his family sought out his advice before building, remodeling or fixing anything.
John served as a New Wilmington Borough Police Officer for over 20 years and was a member of the New Wilmington Volunteer Fire Department, serving as chief for a period of time. He was also a member of the New Wilmington Presbyterian Church, serving as a deacon and as a member of many church committees. When his health was failing, you could find him listening to the Sunday service on the radio.
John will be deeply missed by his four children, Audrey Gail Norris of New Castle, Carol Ann Smith of Carlisle, Pennsylvania, John S. (Teresa) Norris of Hubbard, Ohio, and Thomas P. (Toni) Norris of New Wilmington; six granddaughters, Lena (Zeke) Scott, Anna Nicole (Jeffrey) Alleman, Shelby, Rachel (Rodney Wells), Georganna and Taylor Norris; and great-grandchildren, Garin and Fynn Hyvesson and Neil and Caroline Alleman. John also leaves his stepgrandchildren and great-grandchildren, Chelsea, Carlee and Cliff Rogel, Danielle (Brendan) MacNamara, Kieran MacNamara and DeMarcio and Arianna Scott.
He is survived by his brother, Lonnie (Loretta) Norris; two sisters, Louise (Pervis) Sanders and Elline Yates; a sister-in-law, Carlus Norris; brothers-in-law, John Gilman, Thomas (Nona) Sarver, and Harold Huff; and many nieces and nephews who affectionately called him “Uncle Shelby.”
Besides his parents and wife, John was preceded in death by a brother, James Norris; three sisters, Inez Danley, Florene Gilman and Vivian Crawford; and a son-in-law, Dan Smith.
The family would like to express their gratitude and appreciation to Amy Duncan for the care and compassion she extended to John. They would also like to thank neighbors Ken and Sue Garrett for always looking out for John and making sure he had something good to eat.
A celebration of John’s life and dedication to his faith, his country, his family and others will be held at 11 a.m. Saturday, Feb. 19, 2022, at New Wilmington Presbyterian Church, 229 S. Market St., New Wilmington, PA 16142. Friends will be greeted at the church from 10 to 11 a.m.
Arrangements are entrusted to the Smith Funeral Home of New Wilmington, Pennsylvania.