Excavation is progressing at 32 West 48th Street, the site of a 31-story hotel tower in Midtown, Manhattan’s Diamond District. Designed by SLCE Architects and developed by Extell, the 456-foot-tall structure will yield 213,158 square feet and 534 hotel rooms. N47 Associates LLC is stated as the owner and AECOM Tishman is the general contractor for the project, which is located between Fifth and Sixth Avenues, directly south of the Rockefeller Center complex. Ancora Engineering was the engineer of record for the previous demolition and current excavation.

YIMBY first covered the development in November 2020, when permits were filed for the building’s construction. At that time, demolition of the two low-rise former occupants of the site had already been completed. New photographs show excavators working around the southern edge of the property along West 47th Street and gradually proceeding north toward West 48th Street. Fragments of the old steel superstructure can be seen scattered among the leftover rubble. This will be extracted from the ground as excavation progresses, and foundations should likely commence later this spring. 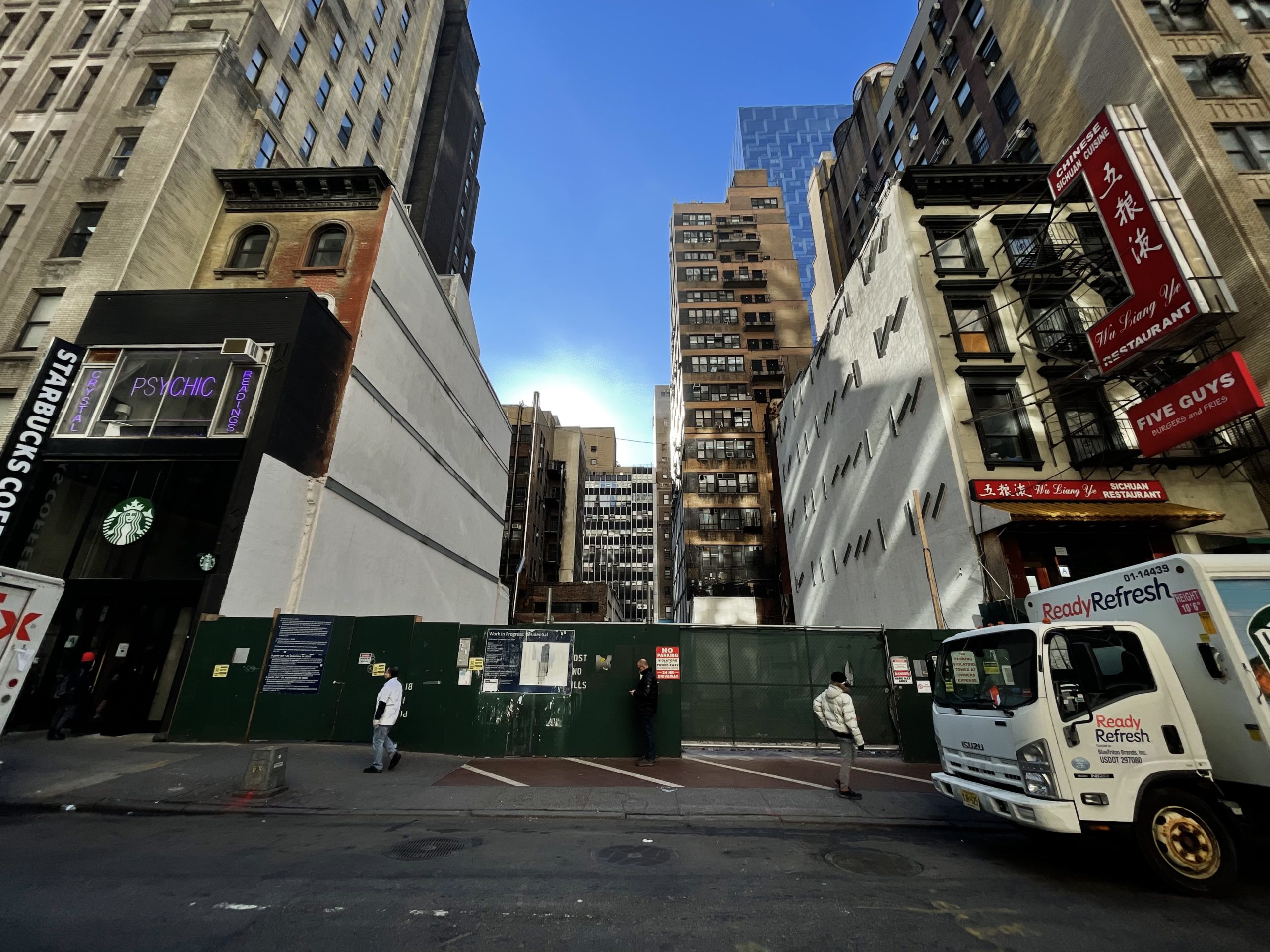 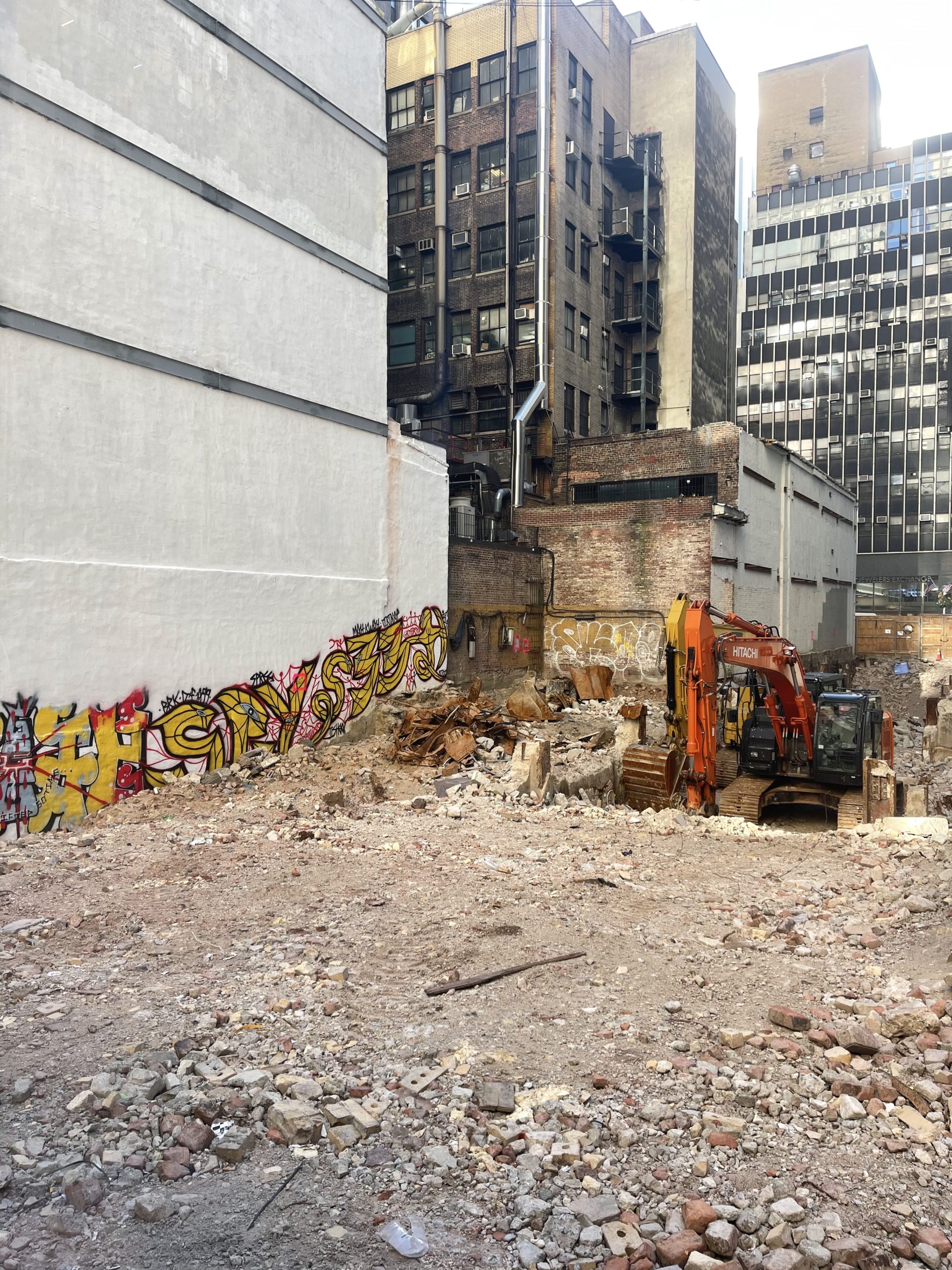 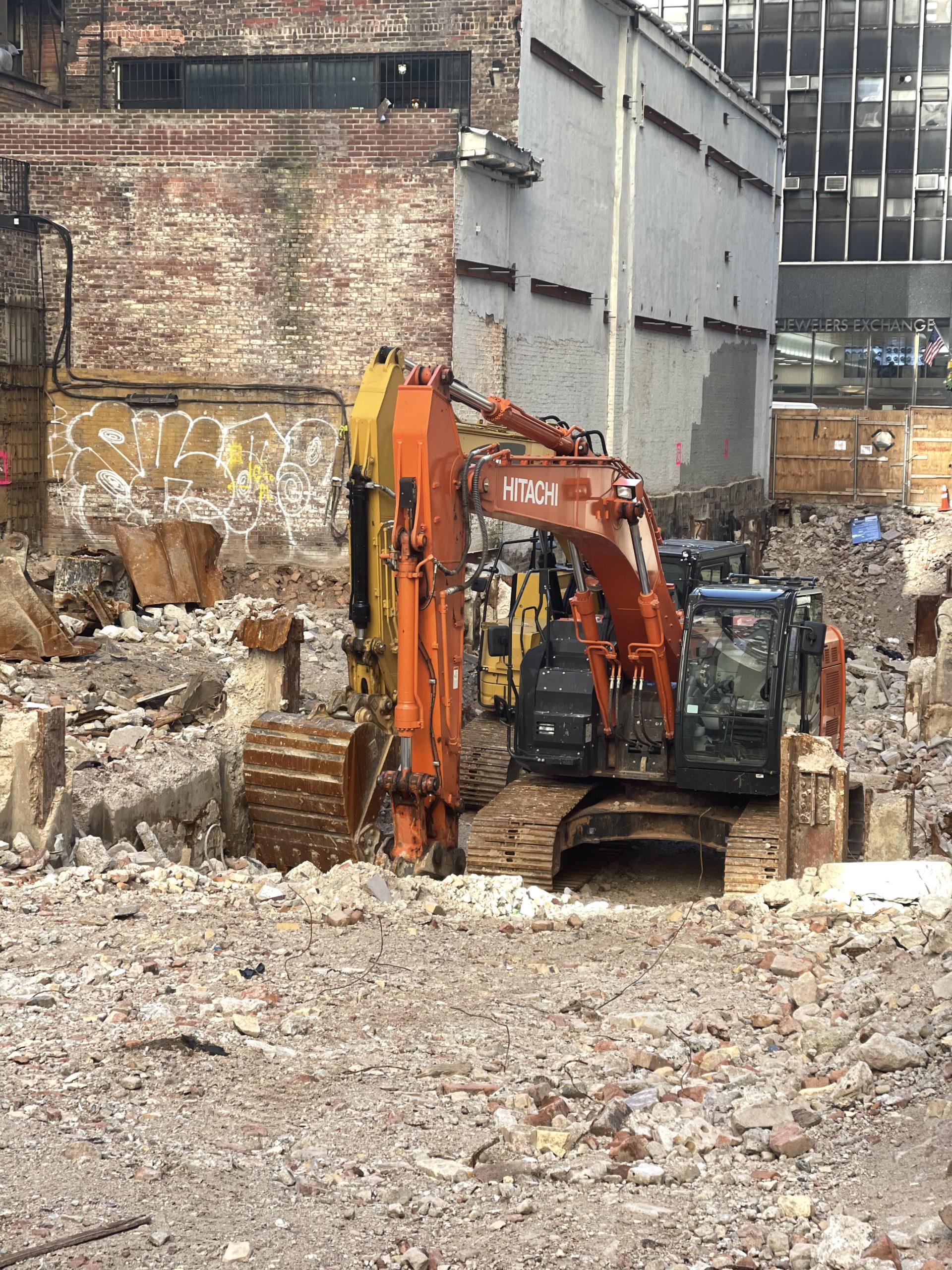 The new hotel development will contain 168,897 square feet designated for commercial use, with each guest room expected to measure around 316 square feet. There will also be a cellar and sub-cellar below street level. The main rendering depicts a fairly orthodox-shaped tower set back from a multi-story podium, and a minor cantilever on the western elevation. The building is shown clad in a glass curtain wall with a mixture of light and dark mullions with varying horizontal and vertical emphasis. Guests with rooms on the upper floors will likely have views of the Rockefeller Center to the north, as well as views of the Empire State Building and Extell’s 590-foot-tall International Gem Tower to the south.

The project is located half a block east of the 47-50 Streets-Rockefeller Center subway station, serviced by the B, D, F, and M trains.

A completion date has been posted on site for September 2024.