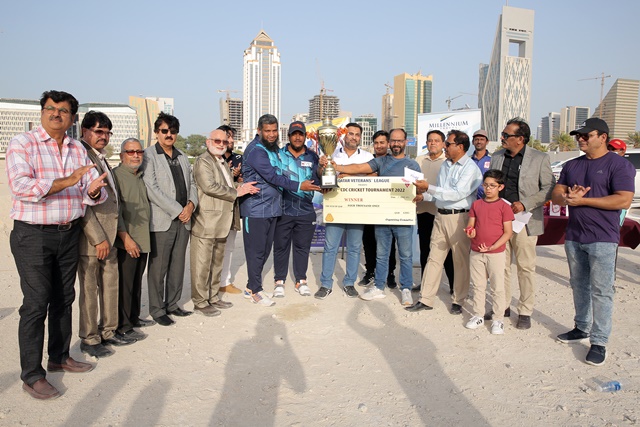 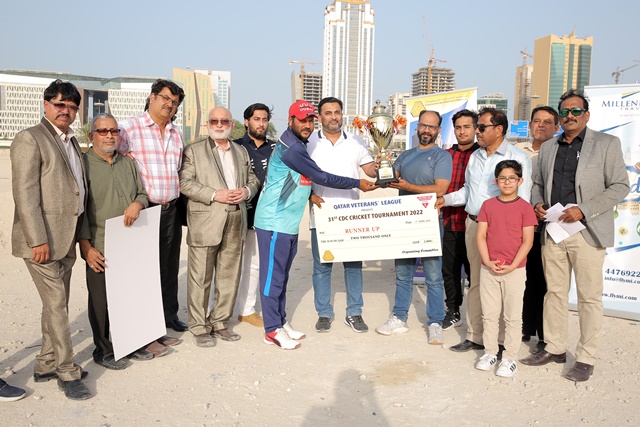 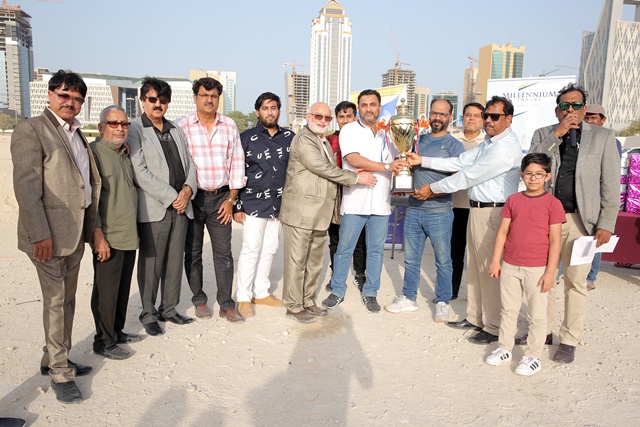 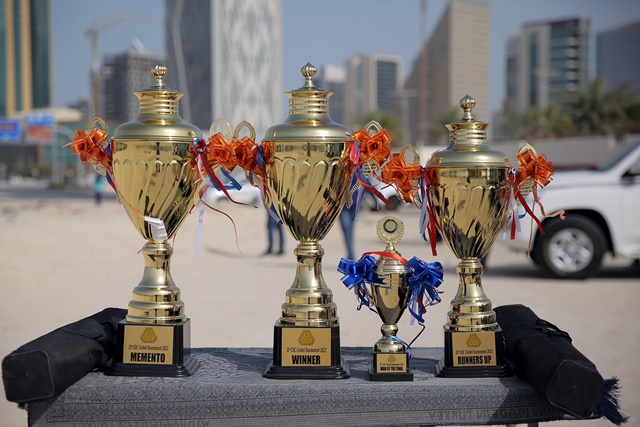 Construction Development Co (CDC) has the distinction of being the oldest and most supportive sponsor of the Qatar Veteran’s Cricket League since the start of the League in 1988.

After winning the toss, Hanan elected to bat first. QVC ace bowler Zahir removed the dangerous Aswar in the first over. Later he removed their top order batsmen Mohd Azaruddin, Imran and Vincent cheaply. Hanan were 34 runs for 4 wickets after 5 overs. Later Aftab (56 runs), Husni (42 runs) and Parvez (43 runs) steadied the innings. Shakkir’s explosive fireworks (29 runs in only 7 balls) in the last over took Hanan CC to a formidable total of 196 runs for 8 wickets in 20 overs.

In reply, Even QVC had a shaky start. They lost their opener Samir for 6 runs in the first overs. Later Sanjay (15 runs), Tabish (15 runs) tried to rebuild the innings. QVC lost three quick wickets and were 57 runs for 4 wickets in 8 overs. Zahir (41 runs) joined Anam (23 runs) to change gears and took QVC tally to 112 runs for 4 wickets in 12 overs. Excellent bowling by Jatheer removed both of them leaving QVC 112 runs for 6 wickets. Then QVC in form Batsman Kazi (42 runs) joined Fauzan (24 runs) and took the score to 167 runs in 18 overs . After Fauzan was out QVC required 20 runs in the last two overs. Matheen hit two splendid straight sixes to take the match to the final over requiring only 5 runs. Kazi hit the winning boundary and completed the chase in 19.3 overs at 199 runs for 7 wickets.

Man of the Finals – Zahir Ahmad of QVC