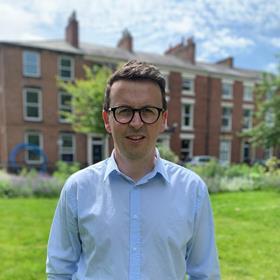 Sadly, Grenfell Tower brought high-rise living to the fore and investigations into how safe tower block living was. For London, combined with build costs and land scarcity, this has meant applications to build tall blocks have dwindled, but for cities such as Manchester and Leeds, they continue to be a popular choice.

In a country where land is at a premium and the demand for housing is high, tower blocks are logical answers and they are not the problem; it is their design. As new technologies, legislation and energy reliance shape building design, we invest heavily to improve our homes, so why not tower blocks? It comes down to cost, and in social housing this matters.

More than 400,000 high-rise flats built from the 1950s onwards are coming to the end of their life. They will require investment to bring them up to today’s standards, so the debate rages about whether it would be easier to demolish and build homes of the future. Demolishing buildings is relatively straightforward, but it also changes the community.

Not all inner-city high-rise flats are anti-social behaviour magnets. In many, there is a strong sense of community cohesion. We need an approach that looks at high-rise blocks and assesses them on their own merits; but if they are unsafe and a retrofit cannot deliver this safety, then demolition is the right path.

However, demolishing a building that has embodied carbon will not be sustainable. Retrofitting or updating would be the answer. We must also consider factors such as community cohesion, sustainability, building design and budget.

I believe high-rise living does have a place in social housing. It performs a vital function, but they must be desirable places to live. Hopefully, building designs such as Milan’s Bosco Verticale will be standard and answer the debate over high-rise living. I certainly hope so.