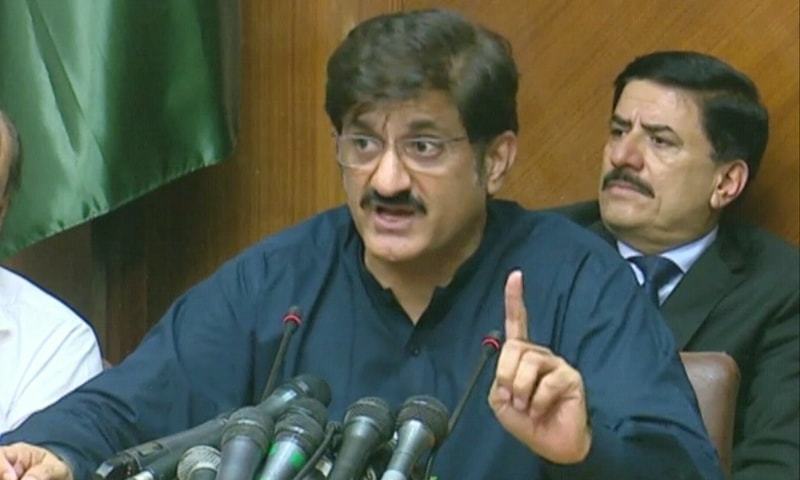 Talking about the development works, he  said that development works have been launched in different districts including Central, West, Lyari of South and Keamari. “I wanted to inspect them personally so that their quality and pace of work could be ascertained,” he said. The CM started his visit from Machhli Chowk where Hawksay road was being constructed and then went to Lyari where different roads were under construction upto Sher Shah of District West and finally visited Kakri Ground where work on building a huge sports complex was in progress.

Dualisation of hawksbay Road, including rehabilitation of existing carriageway from Machhli Chowk to KANUPP is a 5.59 kilometer and has been launched for Rs840 million. During the briefing, the CM was told that it was a dual carriageway with 8.3 meter each side. It has three meters shoulders, 16 culverts and 1500 trees are being planted along the road.

Work on the scheme was started on December 23, 2021 and would be completed by December 2022. The scheme of a Road from Sher Shah Chwok to Mirza Adam Khan Road intersection and construction of storm water drain was launched on March 4, 2022 for Rs439.680 million. This is about a two kilometer with 36 feet dual track road with a 1.5 km RCC drain. The chief minister directed Administrator Karachi Murtaza Wahab to get work on the scheme completed by June 30, 2022.

A scheme for construction of three roads, Tannery Road, Chakiwara Road and Mehrab Khan Essa Road, Lyari measuring over six kilometers has been launched for Rs995.461 million on February 19, 2022 and is scheduled to be completed by June 30, 2022. The Tennery Road is a 1.75 km with 26 to 30 ft dual track. Storm water is also being constructed along its sides. This road would have streetlights. The Chakiwara Road has a length of 2.5 km with a 30 feet dual track. It also has streetlights and storm water drain along the road. Similarly, Mehrab Khan Essa Road is 2-km long with 30 feet dual track. Storm water drain and streetlights are also being developed along the road.