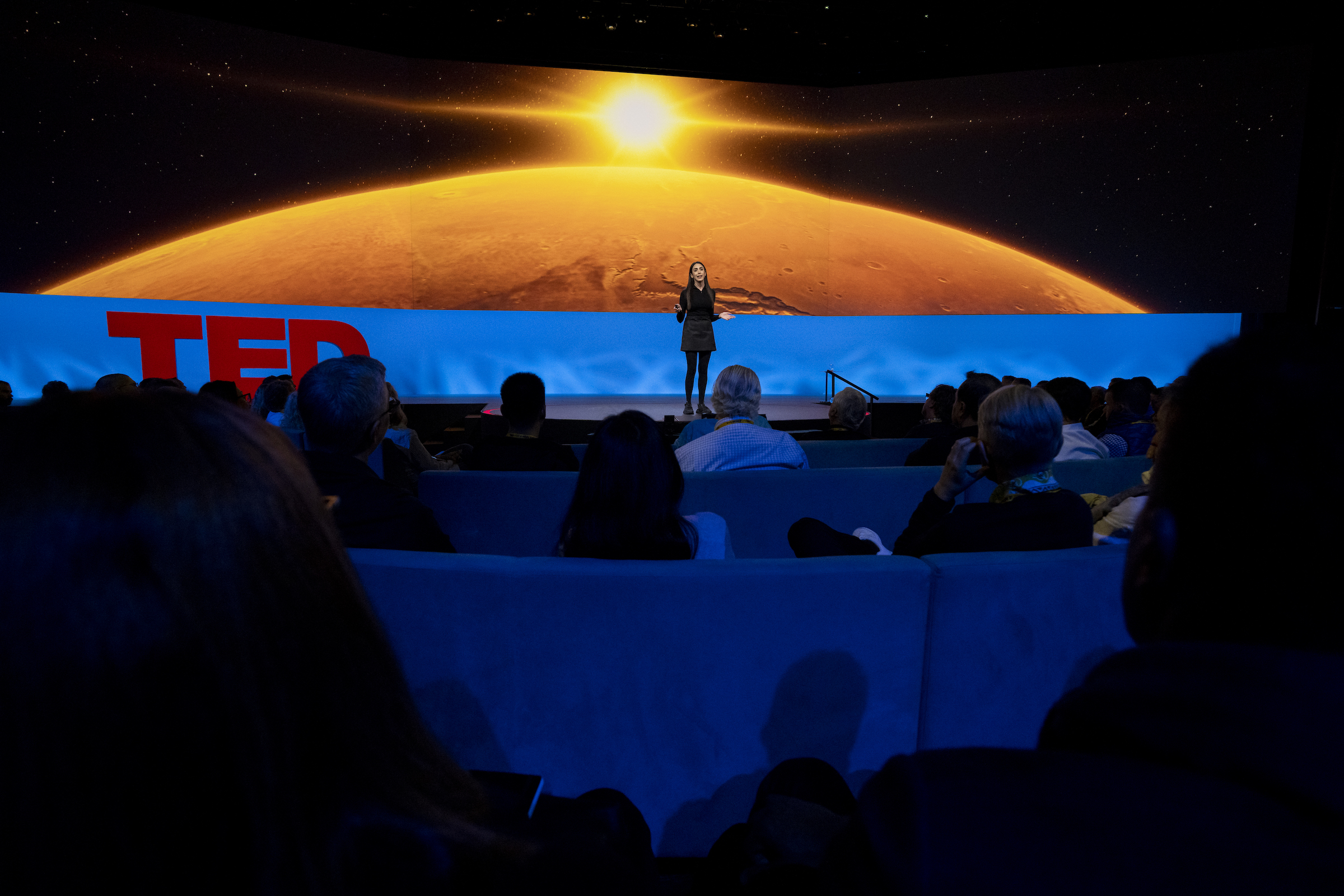 The future of cities is inextricably tied to the future of humanity. They’re sites of innovation, culture, community building — and, at the same time, home to some of the world’s most intractable problems, like homelessness and pollution. In Session 9 of TED2022, six speakers explored an intentionally provocative whiplash of ideas tied to city life, from ancient, leaderless metropolises to future cities on Earth and Mars.

When and where: Wednesday, April 13, 2022, at the Vancouver Convention Centre in Vancouver, BC, Canada

The talk in brief: 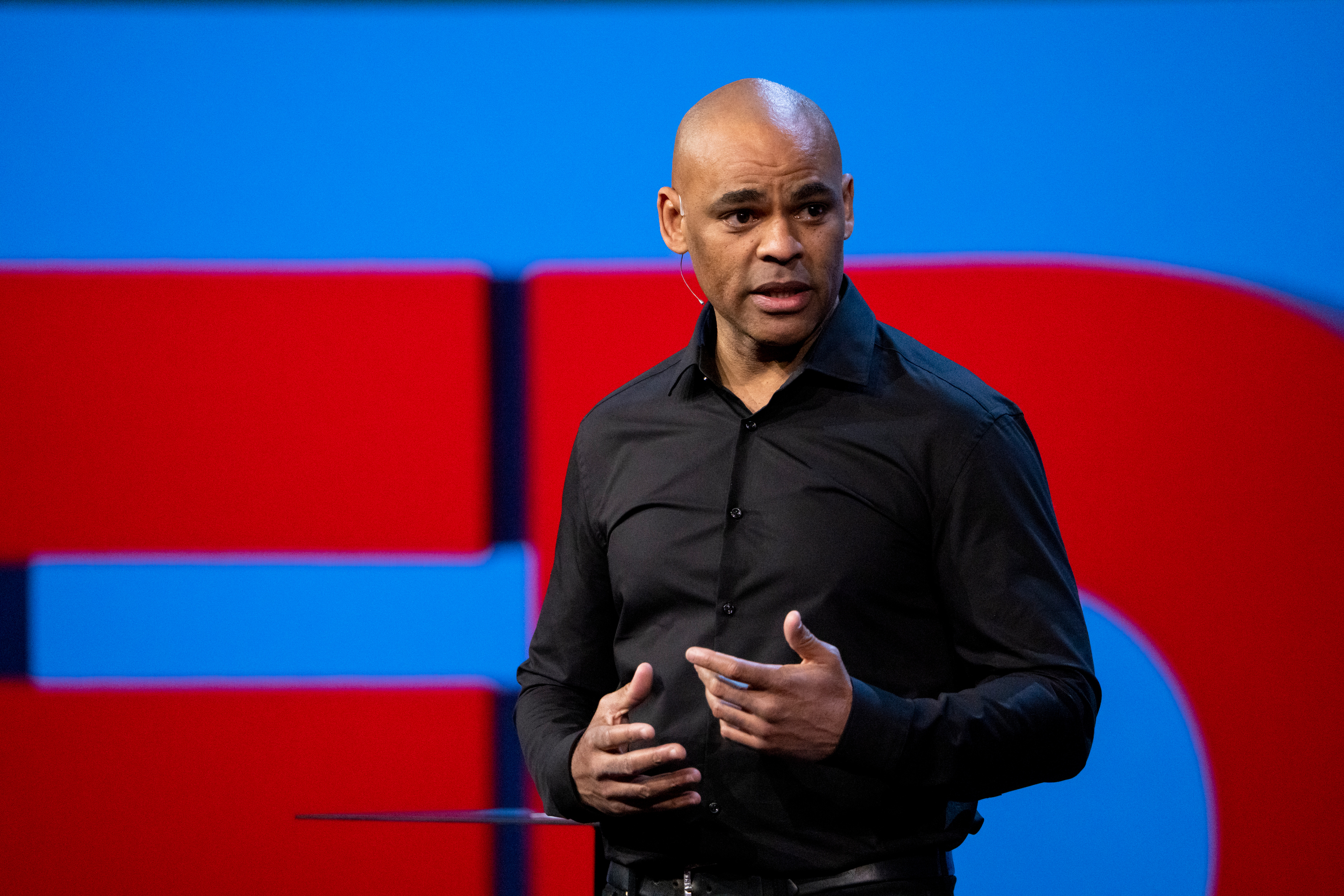 Big idea: Cities are a major contributor to the climate crisis, but global collaboration among climate-concious mayors can make cities key to the solution.

How? To avoid the worst of the climate crisis, we need to reimagine our world’s cities, says Marvin Rees, mayor of Bristol, UK. Today, cities occupy three percent of the world’s land and are responsible for around 75 percent of CO2 emissions. But the same quality that makes them such large emitters — their dense populations — also creates unique opportunities for combatting climate change. From London to Kampala, cities around the world are working together to meet the moment: waste management systems are turning food waste into fertilizer, net-zero housing is combatting urban sprawl and ambitious infrastructure projects are designing out car dependency. But to unlock the full potential of cities, Rees says, we need to collaborate across borders to fund green infrastructure, viewing cities as global assets rather than national possessions. 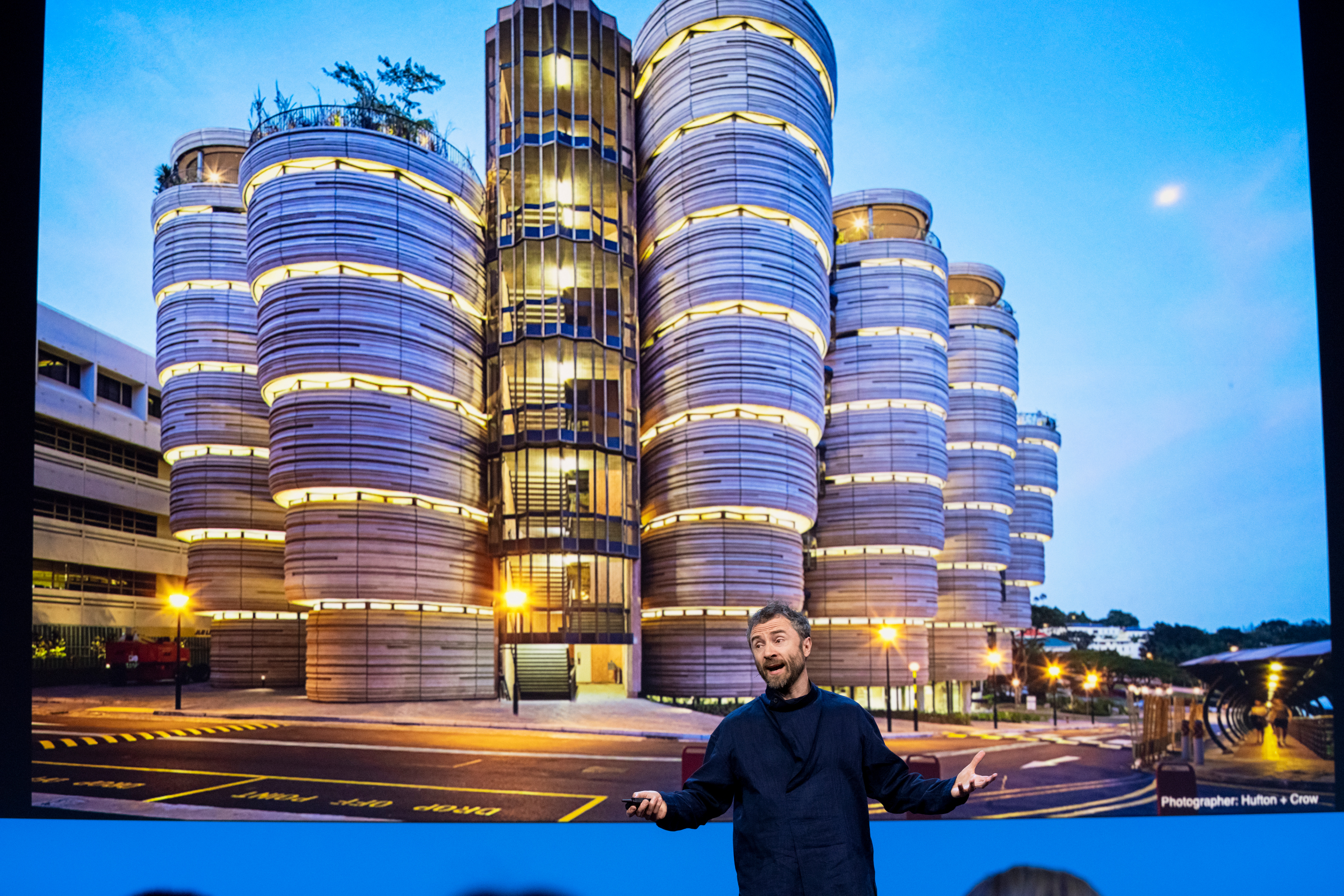 Big idea: We’re living through an epidemic of “meh” architecture.

How? New buildings built today are, frankly, boring, monotonous, uninspired, dull, characterless, inhuman … the list goes on. Sure, “form follows function,” but that saying is a century old. What about the function of emotion in design, asks Thomas Heatherwick; for the ability of a building to have meaning and evoke connection? This isn’t just a pet peeve or personal vendetta, but a researched fact: bland architecture is bad for our mental, physical and societal health. But not all is lost. There are designers around the world attempting to address this dearth of emotion in our built surroundings: Sou Fujimoto’s apartment building in France, Francis Kéré’s health center in Burkina Faso, Lina Gotmeh’s housing complex in Lebanon, Acme Studio’s city center buildings in the UK, to name but a few. Heatherwick also shares some examples of how his own studio is reinvigorating historical structures in South Africa, bringing life to higher education in Singapore, humanizing hospital areas in the UK and collaborating locally on an artistic park in China. Heatherwick underscores that there is no single language or approach to deal with this epidemic (or “meh”-pidemic, if you will) of boring, but his goal is simple: to trigger a global humanizing movement that no longer tolerates soulless, short-lasting places. What if, instead, we built structures that we wanted to last for centuries? 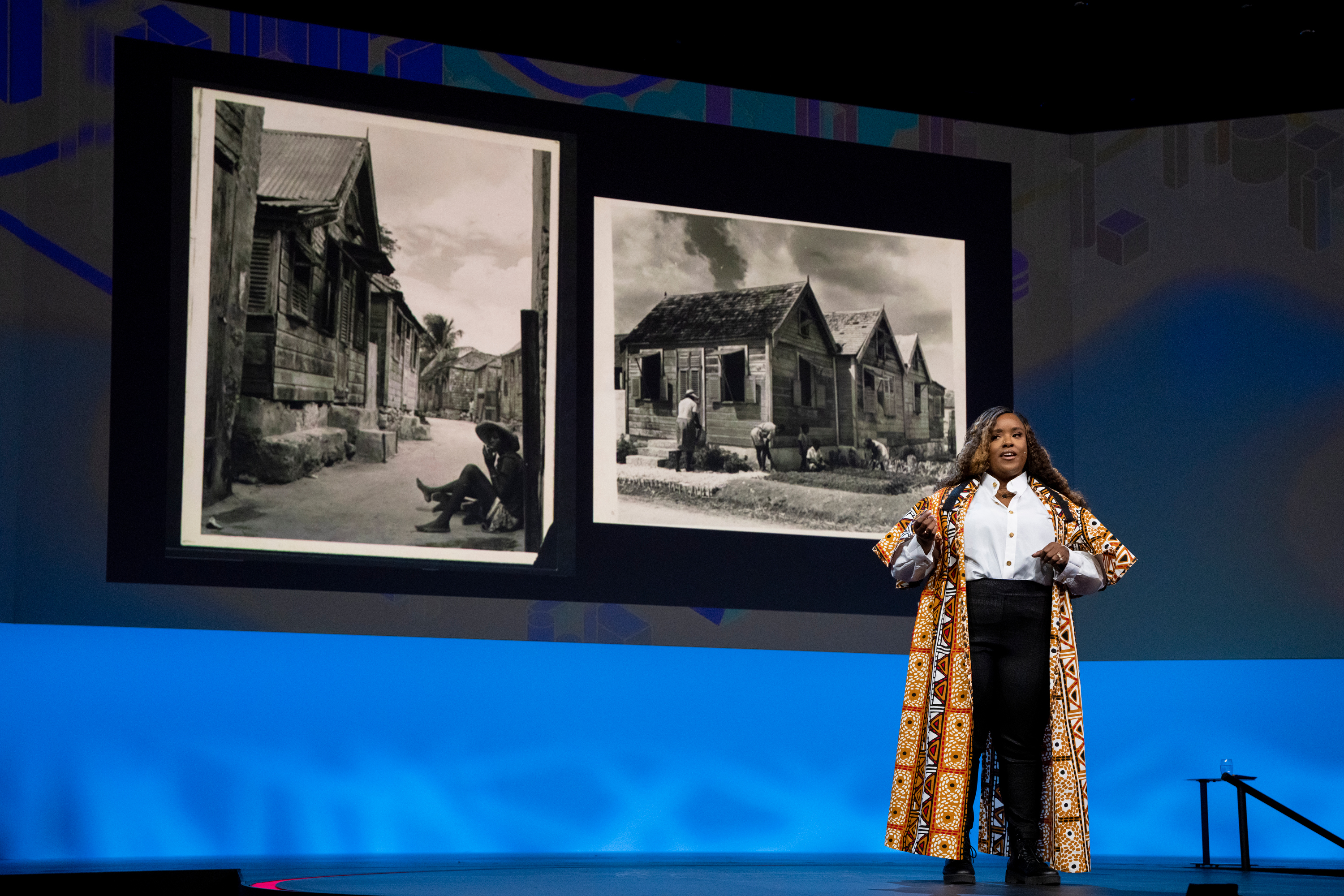 How? As an architectural designer, Alyssa-Amor Gibbons creates structures that hold a deep reverence for nature, while also protecting people from the most extreme aspects of it. Looking to traditional building methods used in her native Barbados, which is afflicted by heavy hurricane seasons, Gibbons points to the brilliance and resilience of low-tech, endemic designs. For example, “jalousie” windows funnel powerful winds through houses (as opposed to trying withstand the force) while stilted designs elevate structures during torrential downpours. By embracing Indigenous knowledge and merging it with well-performing, modern techniques, architecture can be resilient by design. 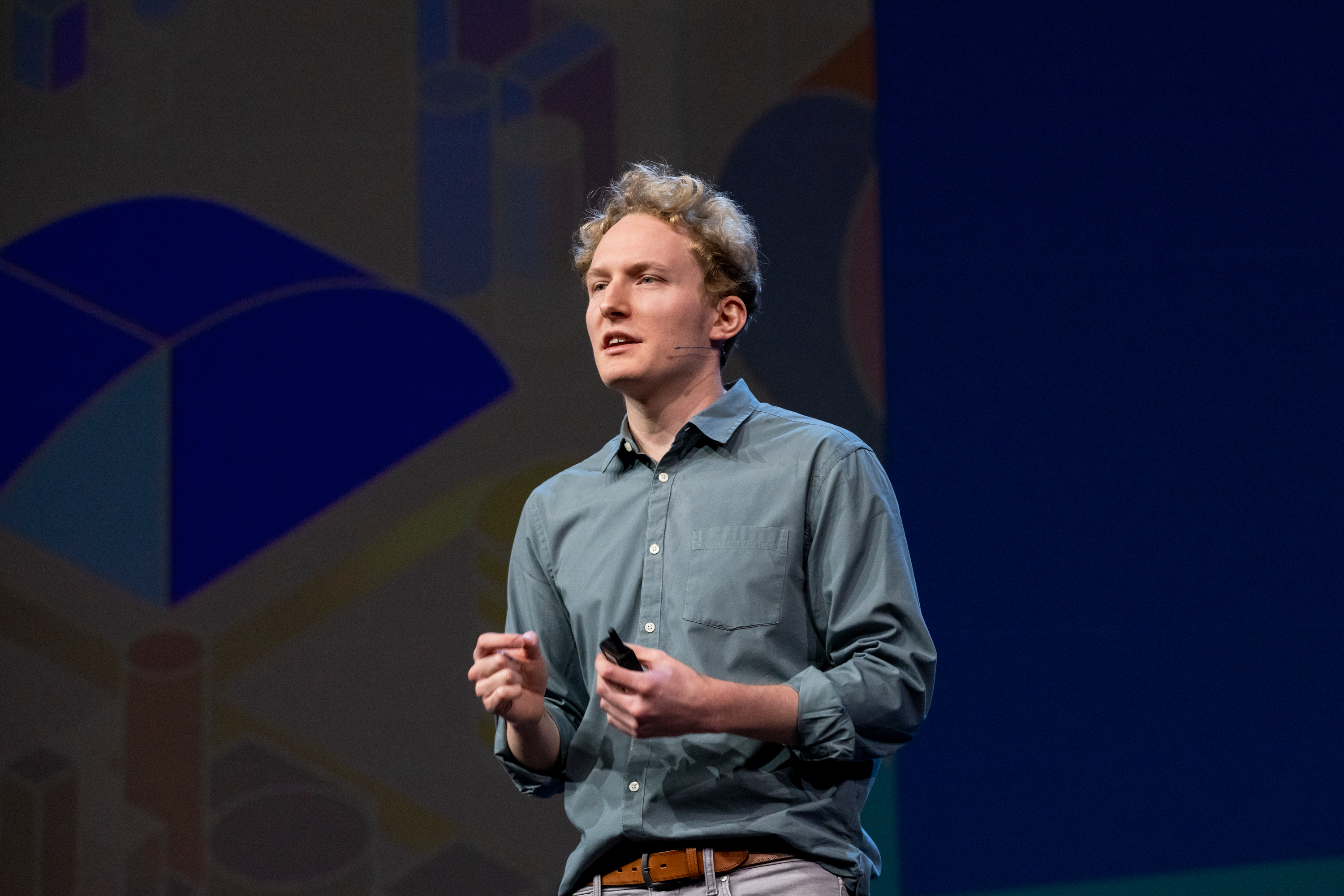 Big idea: DAOs, or decentralized autonomous organizations, have the potential to increase economic opportunity, but are they also the key to building new cities?

How? Fitsimones describes DAOs as “internet-native, blockchain-governed, collectively-owned” organizations where members contribute capital, skills and proposals in order to debate and make decisions as a group. DAOs have achieved some democratization of ownership and financial opportunity, including the purchasing of fine art, the donation of millions to defense in Ukraine and, for Fitsimones, the chance to purchase land in the hopes to develop a new city. Frustrated by the constrictive bureaucracy in San Francisco, Fitsimones began CityDAO with a simple Tweet that led to intitial funding raised through governance tokens bought on the open market or with cryptocurrency. At CityDAO, a purchased citizenship token comes with the right to vote, and contributors collectively decided to purchase land in Wyoming, where there’s currently DAO legislation. Now its citizens will vote on what gets built on the land, who gets to use it and when, working towards a city where things like permitting, budgets, laws and records are all transparent on a blockchain and smart contracts speed up transactions. While DAOs pose some challenges — consensus-building and uncharted regulatory waters among them — they’re hoping to expand ownership and opportunity traditionally held by wealthy individuals and corporations. “Today, DAOs let us work together, trust each other and coordinate in a fairer way on larger-scale problems than ever before,” Fitsimones says. “And maybe one day, a DAO can even build the next great city.” 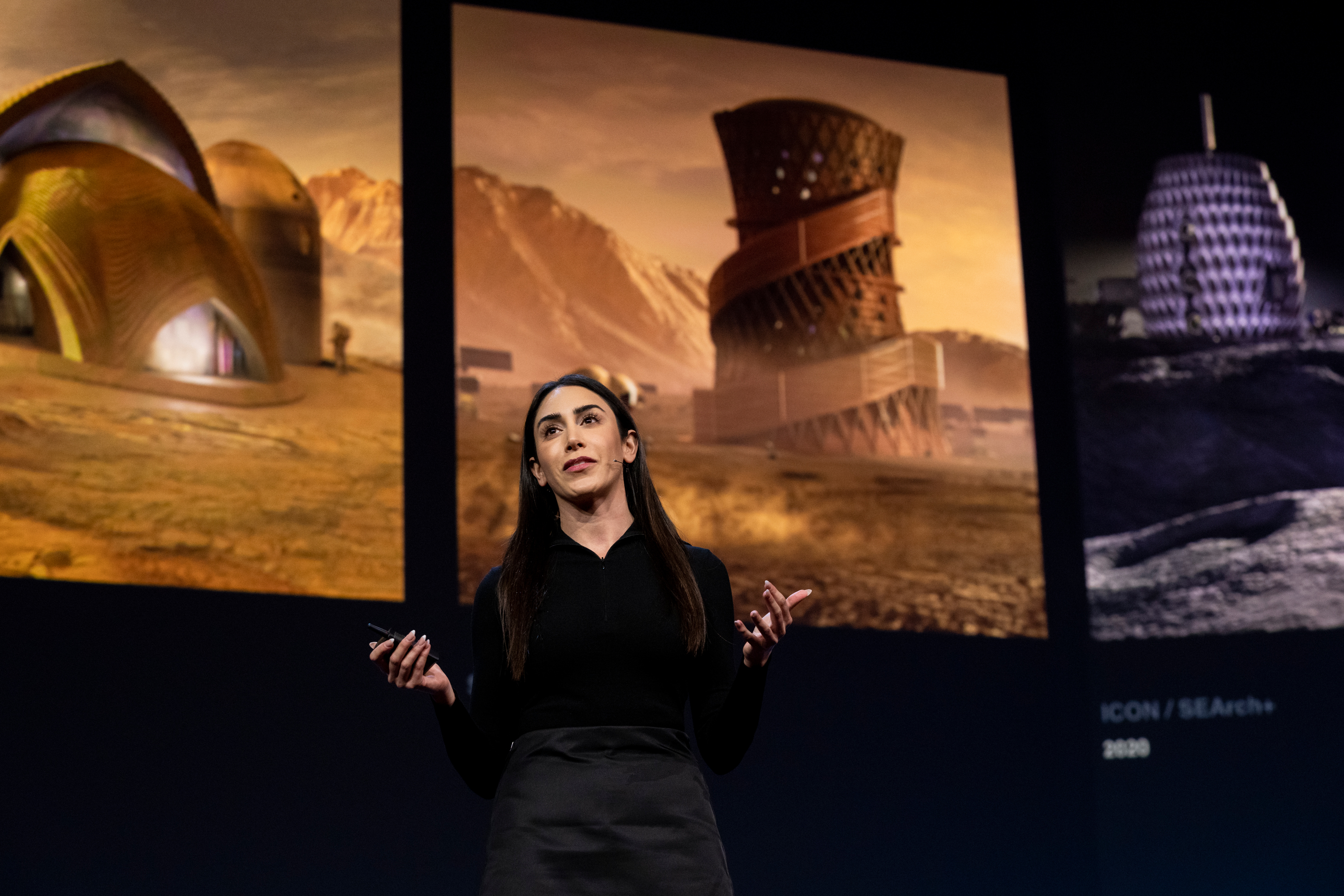 How? Mars is an extreme and unforgiving environment. If humans want to survive there, says Melodie Yashar, they’ll need shelters that protect against solar radiation, galactic cosmic rays and extreme temperature swings. As a space architect, Yashar’s job is to design these shelters and figure out how to build them using autonomous robots, 3D printers and local resources like water and dirt. A Mars expedition may be years away, but NASA is already putting Yashar and her team’s ideas to the test with a 3D-printed shelter called Mars Dune Alpha. For one year, four crew members will live and work inside this 1700-square-foot structure at the Johnson Space Center. This work might seem far removed from our daily life, but Yashar believes projects like hers will help uncover radical solutions to problems on Earth that seem beyond our grasp today — like CO2-related construction emissions or urban housing shortages. 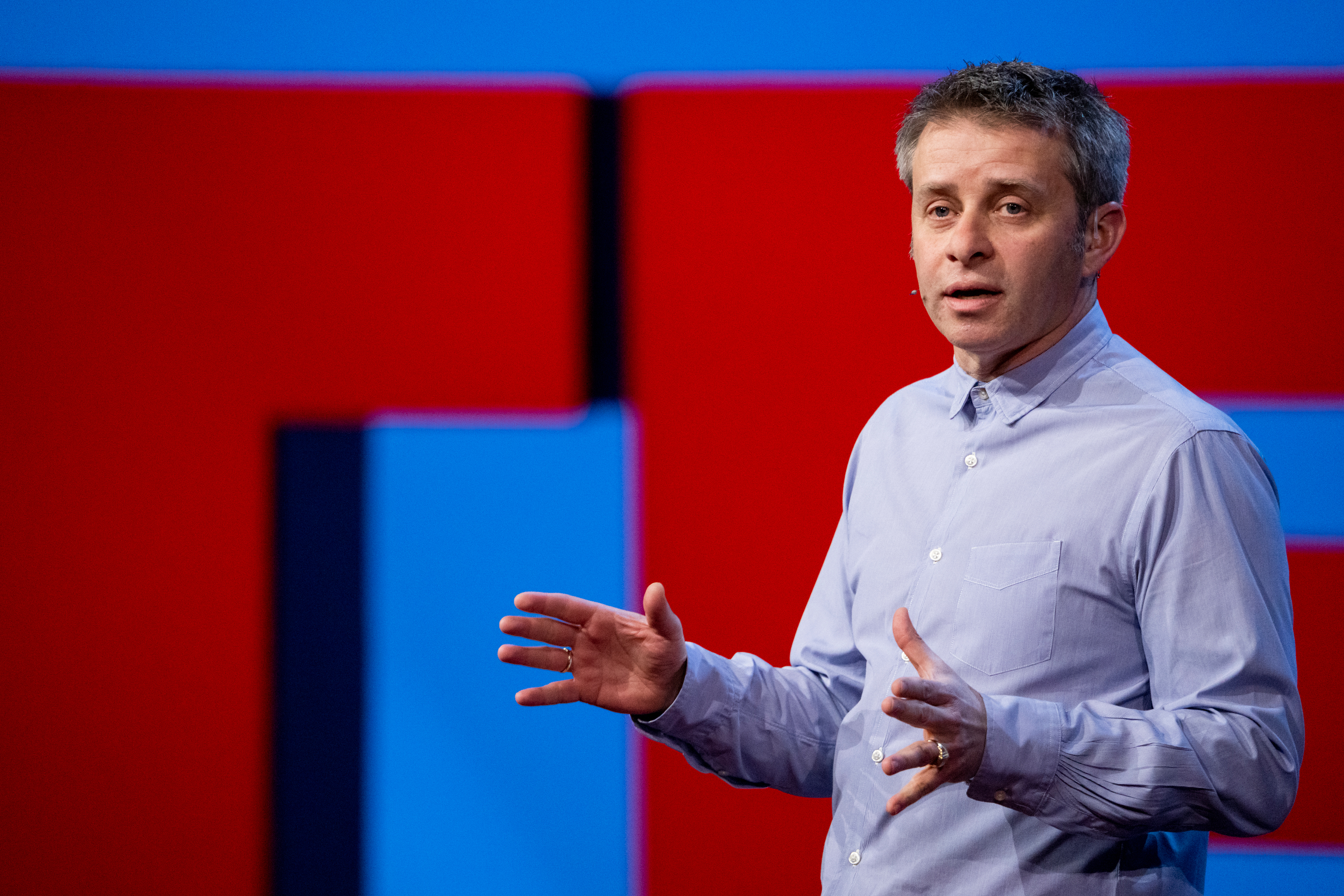 Big idea: We’re taught to believe that inequality is the necessary price of civilization. Modern archaeology tells us otherwise.

How? The generally accepted story is that with the invention of agriculture came attachment to and defense of land, labor demand, classes to perform that labor (while others were free to think and create) and the assumption that inequality was the inevitable consequence of technological innovation and population growth. However, archaeologists like David Wengrow know there was a period of 4,000 years after the invention of agriculture, in regions all over the world, in which knowledge was expanded and technology innovated without rigid social classes or evidence of kings, bureaucrats or standing armies. While none of these societies were perfectly egalitarian, in comparison to fifth-century Athens, which was founded on chattel slavery, they were drastically more equal: concentric neighborhoods in modern-day Ukraine are evidence of well-organized cities thousands of years before democracy, and uncovered palaces in the Valley of Mexico were standard housing for 100,000 people. Modern archaeological science tells us our assumptions — about agriculture as the end of egalitarian Eden, about large-scale groups requiring top-down management, about inequality as a consequence of civilization — are false. “Perhaps it’s not too late to learn from all this new evidence of the human past — even to begin imagining what other civilizations people might yet create if we can just stop telling ourselves that this particular world is the only one possible,” Wengrow says.