Meanwhile, the surveyed jobless rate declined quickly to 5.5% in June from 5.9% in May. This set of data seems to point to a possible bottoming out of the economy.

Recovery of the economy has begun

Industrial production rose 3.9%YoY in June from 0.7% in May. New energy cars, solar power batteries and telecommunication stations grew 111.2%YoY, 31.8%YoY and 19.8%YoY, respectively. We believe that subsidies for consumption on new energy cars is one of the factors for such fast growth in production. Faster growth in industrial production will typically push up PPI inflation later. The government is trying to curb inflation so that it can avoid the high readings seen in the US and other economies. 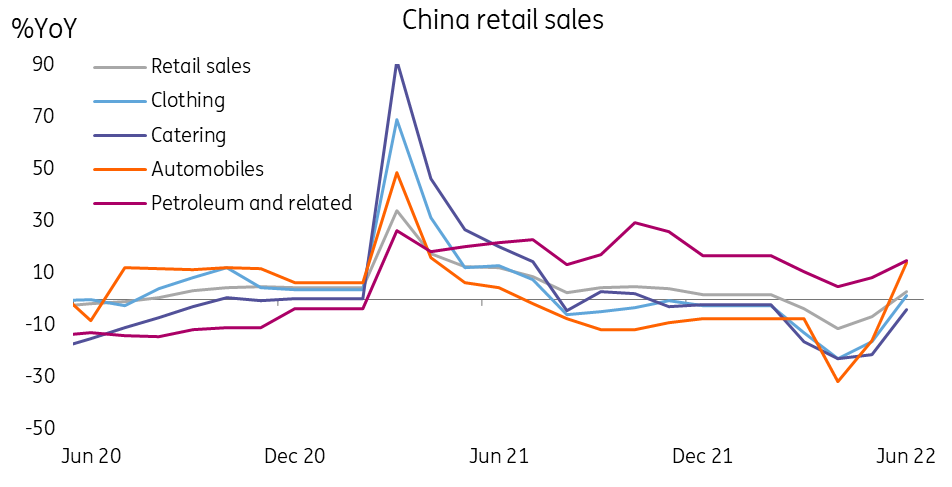 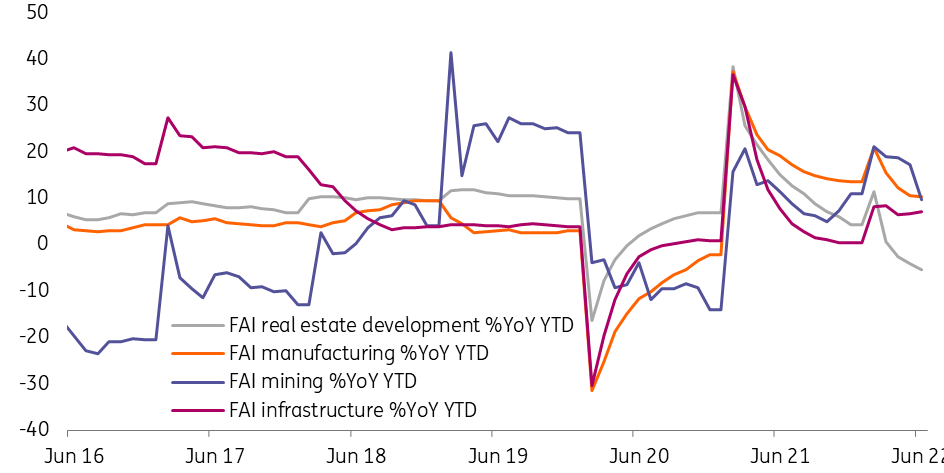 Regarding the risks of property developers, we should focus on their cash flows and their ability to tap the bond market. For those cash-tight real estate developers, they aren’t able to increase their land bank and therefore focus on completion. Slower progress of completion could be because residential property developers have suffered from a fall in funding, of 25.3%YoY YTD in June.

Mortgage delinquency could affect homebuyers’ decisions. They may be more willing to buy homes from developers that have healthy cash flows to complete projects. This could further affect the cash flows of those developers who have difficulty raising funding, and could therefore create a vicious cycle of not being able to sell enough homes to repay debts and even more difficulty tapping the bond market for funding. 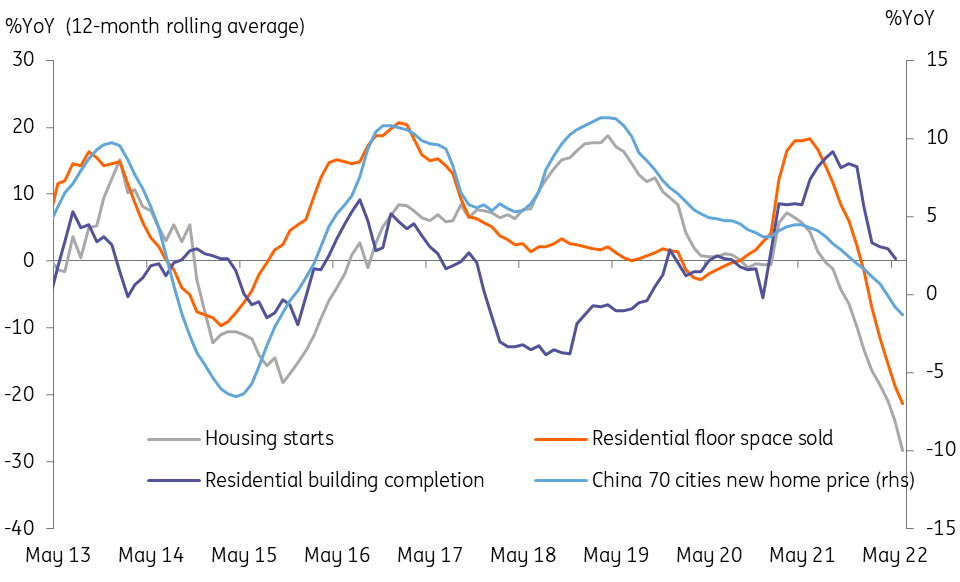 People’s Bank of China stays put
China’s central bank, the People’s Bank of China (PBoC), kept the 1Y Medium Lending Facility policy rate unchanged today while rolling over the facility amount. We believe that the central bank is waiting to see the pace of the economic recovery because of the uncertain development of the recent Covid situation in Shanghai.
It’s important to note that we should not mix up this rollover of the facility amount with the mortgage delinquency story that is widely reported because the delinquency amount is relatively small to the whole mortgage portfolio. The rollover of the facility amount is more about the uncertainty of lockdowns during the summer holiday.

Upgrade of GDP forecast
As we believe the economy has bottomed out, we are revising upward China’s GDP growth rate for 2022 to 4.4% from 3.6% previously. It is still slower than the government target of 5.5% for this year. Unless we see a lot of infrastructure being put into construction activities, we believe that it will still be challenging for the economy to reach 5.5% growth.
Source: ING