CEBU CITY, Philippines – Images of the demolition of the stalls in the historic Carbon Market triggered vendors’ anxiety, as well as nostalgia and sadness among many Cebuanos.

But the events leading up to the tense standoff between vendors and police were years in the making. 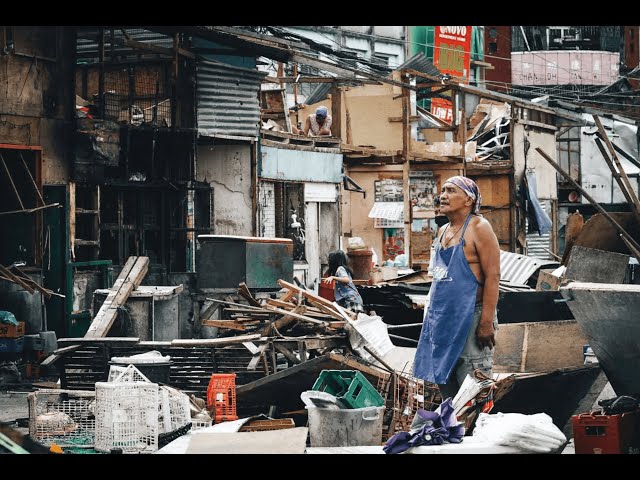 Ermita Barangay Councilor Erwin Gokong Sr., president of the vendors cooperative, first proposes the redevelopment of the Carbon Market, according to a Freeman report, but it remains a proposal.

Then-Cebu City mayor Edgar Labella reveals the city’s plans to partner with the SM Group for the construction of a new market.

Megawide Construction Corporporation submits its unsolicited proposal to the Cebu City government. The conglomerate plans to turn Carbon Market into a business complex.

There is no word on the SM Group’s proposal, which Labella had said he would endorse to the city council.

The process of awarding projects in Cebu City includes a study by the city council, with the Joint Venture Selection Committee (JVSC) conducting the selection process, deliberating on, and recommending the acceptance of proposals.

Megawide wins the Carbon Market project with its P5.5-billion development proposal. The city and the conglomerate forge a joint venture agreement (JVA) on January 11.

Megawide gets original proponent status, making it the primary match for any competing proposals for the same modernization project.

During a presentation of CFI’s counterproposal, Winston Garcia asks the city council why they would let an allegedly debt-saddled conglomerate to develop the market.

Megawide responds, saying that their “credit position is good enough for the project.”

CFI pays the city government P50,000 to see the proposed JVA with Megawide. Winston Garcia warns of an estafa complaint against the JVSC for failing to release the documents they had paid for.

The city council takes up the JVA controversy, and asks the JVSC to explain the selection process and other related disputes.

CFI takes part in a Swiss Challenge for the modernization project.

The Cebu City Sangguniang Panlungsod approves resolution No 15-1120-2021, authorizing the mayor to sign a Memorandum of Agreement (MOA) on behalf of the city.

The minutes of the SP session includes then-vice mayor Michael Rama asking councilors if they had read the JVA. While a majority said no, they still voted to authorize Mayor Labella.

The Cebu City Council approves the contract for Megawide to renovate the entire Carbon Market. The plan for renovation involves demolishing parts of Unit 1, 2, and 3 of the market.

Cebu City and Megawide enter into a 50-year MOA for the phased redevelopment of Carbon, including the construction, development, and operation of mixed-use assets.

According to the public-private partnership website, “the project involves modernization of the oldest and largest farmer’s market in the city into a commercial, heritage and cultural district with a multimodal and integrated transport hub.”

Initial sketches of the market are released to the public.

Megawide says the design was inspired by the old train station in Carcar City in southern Cebu, combined with an industrial design and local weaving patterns.

READ: Carbon Market in Cebu City to get new look

The Movement Against Carbon Market Privatization holds a protest in Cebu City Hall against the market construction.

A petition against the market is submitted to the Cebu City government on March 1.

Vendors do not agree to a portion of the JVA that authorizes Megawide to collect rental fees and increase lease prices after three years.

After a series of consultations, the city government and vendors sign a resolution for continued negotiations even after the March 24 groundbreaking ceremony at the Seniors Citizens Park.

Construction begins in the interim market, where stall owners would be relocated.

At least 11 Cebu City residents file grave misconduct and corruption complaints against Labella, Rama, and other city officials for the Carbon modernization.

The residents accused city officials of committing a grave abuse of discretion and malice in the execution of the JVA by including certain lots in the market owned by the national government.

Vendors and advocates hold a candle vigil outside of the interim market building to protest the pending relocation.

Multisectoral groups file a petition to nullify the JVA. They also file for a temporary restraining order against the project’s implementation. Vice Mayor Rama releases a statement on the need to reevaluate the JVA. “We need to do things right,” he says.

Margot Osmeña loses the mayoral election against Rama, dashing hopes for the scrapping of the project.

Osmeña ran on a platform against the modernization plans. In December 2021, and during the campaign period, she said that she would seek legal action against Megawide and rescind the JVA if she were to become mayor.

The Cebu City Council passes the supplemental memorandum of agreement with Megawide on June 29.

Rama, who is set to sign the MOA on July 30, says this “cures” the deficiencies in the original JVA. It also increases the city’s share from the revenue to P50 million annually by the 11th year of operation.

On July 18, vendors are met with force by city government personnel who removed them from their stalls in Freedom Park.