Whether or not architecture is an art, buildings and spaces shape daily life. Pushing the boundaries of architecture and the categorization of art, contemporary investigations between disciplines are rethinking tradition. As transformations grounded in human experience, these installations and structures share qualities of purpose, function and creative expression. At the same time, they reorient the limitations and possibilities of each profession. 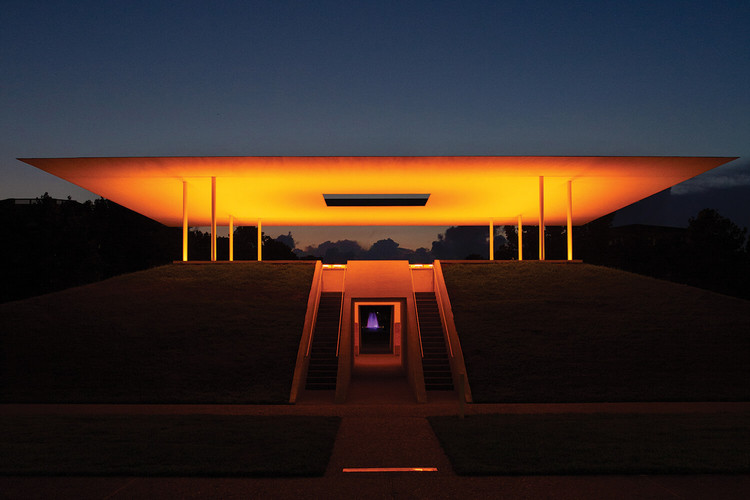 Showcasing work that explores the boundaries and potential of architect and artist collaborations, each of the following projects straddle this line. As Camilla Ghisleni has pointed out before, the idea of integration between art and architecture dates back to the very origin of the discipline, but it took on a new meaning and social purpose during the Avant-Garde movement of the early twentieth century. Today, the work expands the definition of architecture to encompass more than buildings, and in turn, broadens our understanding of art.

Art, in general, is produced to be seen or experienced by another, an interlocutor, who, in turn, establishes various relationships with the work. However, this does not appear to be the case with the Bataan Chapel, built by the Swiss artist Not Vital in the Philippines. Punished by constant winds, the work rises on a hill in rural Bagac, a town of just under 30,000 inhabitants located about 50 kilometers west of Manilla. The remote location of the installation makes it difficult to access and makes the journey a task that takes on the air of pilgrimage—part of its grace lies precisely in its inaccessibility.

Ellsworth Kelly died in December 2015 at the age of 92, less than a year after he announced a gift of one of his most lasting creative contributions: plans for the artist’s only building, which had been sitting in his New York studio since 1986. Titled Austin, this 2,715-square-foot work on the grounds of the Blanton Museum of Art on the University of Texas at Austin campus would be his final—and perhaps greatest—effort, an immersive space whose artistic value matches that of the marble panels and sculpture within. Unlike the Rothko Chapel in Houston, in Austin the artist and architect are one, says Carter E. Foster, the Blanton’s deputy director for curatorial affairs.

Gateways was located at the central fountain in Granary Square, King’s Cross. It was designed to celebrate the DesignJunction event, an interior design show by and for the industry, set in challenging industrial sites as part of the greater London Design Festival. The installation was comprised of four bold and unique arches, each characterized by its own profile, patterns, and colors. The four-meter-high arches were clad in vibrant and rich Turkish ceramic tiles designed by artist Adam Nathaniel Furman in collaboration with Turkishceramics. Each of the arches told a different design story.

Korean artist Jazoo Yang completed one of her more iconic pieces, titled “Dots: Motgol 66.” The work covered a home set for demolition in the small Korean village of Motgol, Busan with Yang’s thumbprint. Working for 4-5 hours a day, 3 days a week, “Motgol 66” was the first time Yang was able to realize her project goal, with two previous incidents of homes being demolished early. The work draws attention to the nuances of corruption and apathy in Korea’s housing market. With its economic growth, housing development in Korea continued at an unprecedented rate.

The internationally – and often controversial – acclaimed artist Christo unveiled the “largest indoor sculpture ever made” back in 2013. Prepared to debut in a public exhibition, the inflated “Big Air Package” was designed to occupy a 117-meter-tall former gas tank known as Gasometer Oberhausen in Germany. The 90-meter-high, 50-meter-wide sculpture was made from 20,350 square meters of semitransparent polyester fabric and 4,500 meters of rope, with a total weight of 5.3 tons and a volume of 177,000 cubic meters. The seemingly endless, inflatable installation was conceived in 2010 and was Christo’s first major work after the passing of his wife and artistic partner Jeanne-Claude in 2009.

The highly anticipated “Twilight Epiphany” Skyspace, designed by American artist James Turrell, opened to the public with a sunset light show. The abstract pyramidal structure complemented the natural light present at sunrise and sunset, creating a mesmerizing light show that connected the beauty of the natural world with the surrounding campus. This experience is enhanced by an LED light performance that projected onto the 72-by-72-foot thin white roof, which offered views to the sky through a 14-by-14-foot opening. Additionally, the Turrell Skyspace was acoustically engineered for musical performances and as a laboratory for music school students.

This article is part of the ArchDaily Topics: Architecture Without Buildings. Every month we explore a topic in-depth through articles, interviews, news, and projects. Learn more about our ArchDaily topics. As always, at ArchDaily we welcome the contributions of our readers; if you want to submit an article or project, contact us.