There are dozens of exciting real estate developments scheduled for 2022. In addition to several residential, office, hotel, commercial and urban projects, the Hungarian capital will also have new modern city centers. Check them out below!

Last year, the fifth ultramodern residential building was handed over at BudaPart. Moreover, the urban development project will bring new visible results in 2022 as well. Namely, two more residential buildings and a new business center will be constructed in the area. In addition to an 8,000 m2 office building, the latter will also house the Radisson chain’s newest hotel.

BudaPart has been under construction for several years in Budapest’s 11th district, in the vicinity of the Kopaszi dam. As the Hungarian news portal Portfolio reports, the total investment that took over 10 years includes the construction of 15 residential buildings, 13 office buildings and the hotel mentioned above. This represents approximately 3,000 apartments and 250,000 m2 of new office space. Within the framework of the project, Budapest’s tallest building, the MOL headquarters will also be completed by the end of this year.

The revamping project of Budapest’s 8th district is coming soon to its end. Accordingly, the last residential building on the Corvin promenade will be finished this year.

Within the framework of the Grand Corvin project – which started in 2013 – 22 hectares of land have been regenerated and 2,700 new homes have been built. Additionally, 100,000 m2 of office space and 50,000 m2 of retail space have been created in Budapest’s new modern city center.

Budapest’s 9th district will also get a makeover. The new modern city center is named City and will give place to 10 residential buildings, 4 office buildings, a hotel and a shopping mall in an area of nearly 5 hectares.

In the second half of 2022, another large-scale urban development will start in the 13th district of Budapest. The development project is called the Láng Quarter.

According to current plans, the new modern city center will include 136,000m2 of residential buildings, 133,000m2 of office buildings and a further 16,000m2 exclusive four-star hotel with nearly 250 rooms. The remaining parts may even include underground parking. 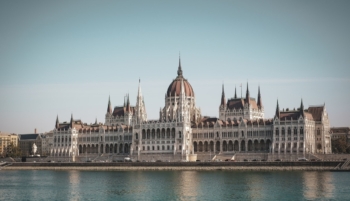