HALIFAX, NOVA SCOTIA – This book is purely fictional and is about the life of an architect from birth to retirement: his name is Lonnie Donaldson. 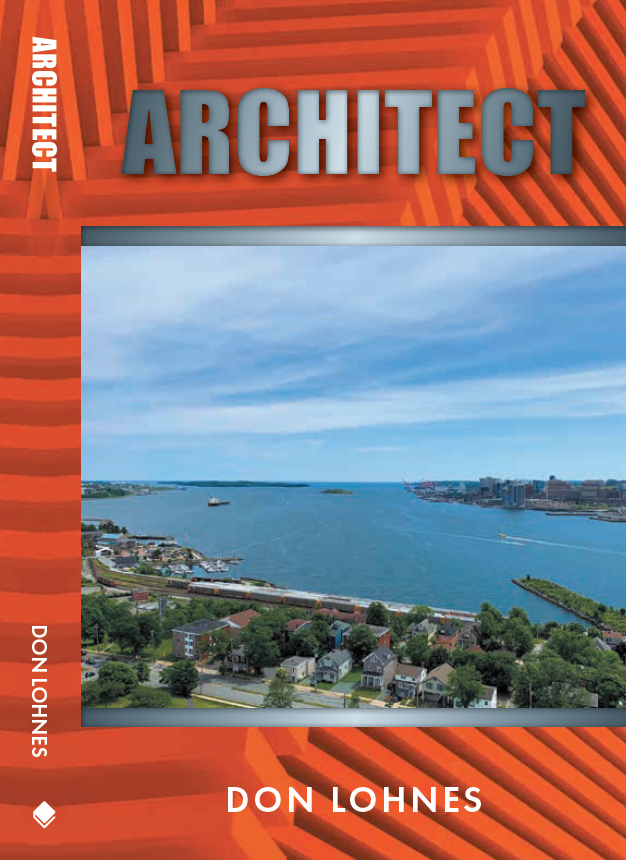 Lonnie Donaldson was born and raised in Lunenburg County, Nova Scotia. He leads an enjoyable childhood on the banks of the LaHave River and has developed a strong friendship with a neighbor. A family tragedy results in a move to Halifax, the capital of the province, to live with his aunt and uncle and to complete his education. While in Halifax he meets his future wife and begins working on construction projects leading to his chosen profession of architecture.

As a graduate architect he holds several employment positions before becoming registered with the Nova Scotia Association of Architects eventually starting his own firm. Lonnie finds a partner and together they build a successful architectural practice in Nova Scotia, Canada and other parts of the world.

One project, which they won in a design competition, that of a stadium for Halifax. The stadium project, during the construction phase, leads to a long and drawn-out law suit followed by an attempted murder.

This story takes place primarily in the Province of Nova Scotia. Some buildings mentioned were projects undertaken by the authors firm while others are purely fictional. During his practice he was involved in a court case, similar to that being described, which is one of the reasons he wrote this book: to raise awareness for architects and other design professionals that while not committing a crime you can end up in the courts and it may not result in a decision that you were expecting.

Visually, architects see things in three dimensions, something which not everyone understands. Being able to express building designs to clients requires several techniques, from models to perspective drawings. Architects create living environments.

The author, Donald Lohnes, FRAIC, is a retired architect. He practiced architecture actively for thirty-seven years before retiring in 2008. He was president of the Nova Scotia Association of Architects (NSAA) on two occasions, both during the period of the re-writing of the Nova Scotia Architects Act. In 2007 he was awarded fellowship in the Royal Architectural Institute of Canada (RAIC). His first book titled “So You Want to BUILD a HOUSE” was published in 2014. He resides in Halifax with his wife Pamela.