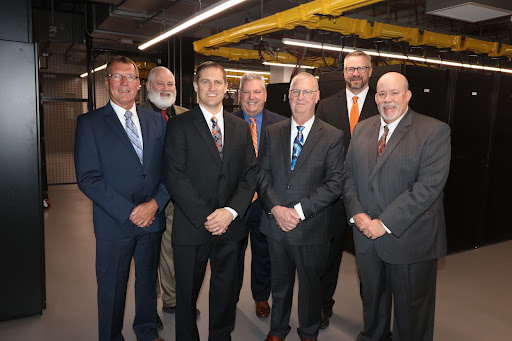 It looks like a standard office building on the outside, but it’s built to withstand up to an EF3 tornado and workers inside were undisturbed when the 2020 derecho tore through Iowa. 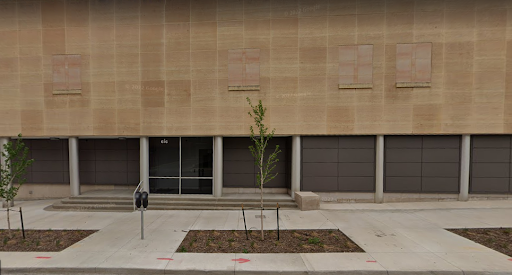 This data center joins Aureon’s West Des Moines location and another data center downtown, which will now gradually move into the 616 building. Construction on the multi-million dollar project began in 2019, and it opened to customers on March 1.

Scott Behn, who has been CEO of Aureon since 2019, said Aureon started investing in data centers about five years ago as part of its strategic plan, and that the Iowa expansion was driven by a need for more space.

He said the company’s “data center mentality” stretches back 30 years to its roots as Iowa Network Services, when it behaved like a data center of its time, making long-distance phone service available to rural Iowa.

Aureon was formed and is still owned by more than 120 independent Iowa telephone companies. It rebranded as Aureon in 2016, with three divisions: technology, human resources and a contact center. In 2018, Aureon HR was sold to Oasis Outsourcing.

Behn said today the company is positioning itself as a local provider serving businesses and telecommunications companies in Iowa and the Midwest with its suite of technology and consulting services.

“We allow businesses to do business and hopefully do it better, faster, smarter with a local flair … and really just provide that level of service that most businesses really come to expect,” Behn said in an interview.

Businesses can utilize the new 616 Data Center for colocation, cloud hosting or off-site storage of data, which provides a back-up in the event the data is compromised or damaged by a hack or a natural disaster, for example.

For the telecommunications companies Aureon serves, including its owners, data centers are a place to exchange data more than store it.

“For telecom companies, data centers act as an interconnection point for providers where they can hand off voice, data, and internet traffic reliably and effectively,” Dave Duncan, CEO of Iowa Communications Alliance, wrote in an email. ICA is an advocacy organization that represents more than 115 Iowa-based communications providers, including Aureon and many of its owner companies.

The physical infrastructure of Aureon’s data center also includes its fiber-optic network, which it has built across Iowa over the last 30 years and makes the data centers accessible to companies around the state. The network has also been a means for Aureon’s owner companies to expand broadband access into underserved and unserved areas of Iowa, Behn said.

As companies are producing more data and the security of that data becomes an increasingly important issue, President of the Technology Association of Iowa Brian Waller said the need for locally based service providers is growing.

“I think projects like this data center that are locally owned here in the state of Iowa, in the Des Moines area, are a very important thing to help propel [the technology] industry forward when folks don’t have to go outside the state of Iowa to get technology services,” Waller said.

Most of Aureon’s business customers are small- and medium-sized businesses, which can be more vulnerable to breaches and often don’t have the capacity or resources to host their own data centers.

He said a reliable power grid and the state’s higher proportion of affordable renewable energy has attracted data centers to Des Moines and Iowa, but their purposes can differ.

“I think the need that we have for data centers falls more in line with our local entities needing companies like Aureon to give the local touch and feel,” Swesey said. “As it relates to the other data centers, some of the other large names that have come into the market — it’s not a local need, it’s a company need to increase their data services.”

Data centers are a boon for employment as well, he said, with roles both directly in the data center and in ancillary roles like construction or HVAC.

“Now that we are growing the industry, there’s options so if you are to recruit somebody to the region to work for one of our data center companies, if it doesn’t work out, they have other options where early in the game, 15, 20 years ago before we had the data center success, it was probably more difficult to recruit key individuals to your data centers if there was only one option,” he said.

“We’re trying, just like every other city in the nation and the world, to attract the best companies, the best talent,” she said. “Aureon is part of that equation as far as having a strength and ability to provide state-of-the-art technology services and not every city has that capability. It keeps us competitive as a city and as a region.”

Behn said the goal of Aureon’s five-year strategic plan has been to make investments that ultimately support both its business services side and its owner telecom companies. He said as hints of the pandemic appeared the plan helped Aureon decide to expand bandwidth for its owners a few weeks before workers were sent home.

With its owners now expanding in Iowa, in part in response to the pandemic, he said Aureon is investing in adaptations and maintenance for its fiber-optic network and working to keep up with bandwidth needs.

Behn said the company’s business customers also have more bandwidth and security needs in light of the pandemic and more companies working in a hybrid or remote setting.

“We don’t just want to have businesses survive,” he said. “We want to be their partner so that they can thrive and focus on their business and not worry about the technology piece.”