imaginary architecture for members only

‘The metaverse has no physics, no weather, and no limitations other than human ingenuity,’ said Janine Yorio, CEO, Everyrealm. ‘The Row brings together visionary artists best known for their architectural landscapes and collectors seeking a unique, limited edition residence that they can deploy across many different metaverses over time.’ 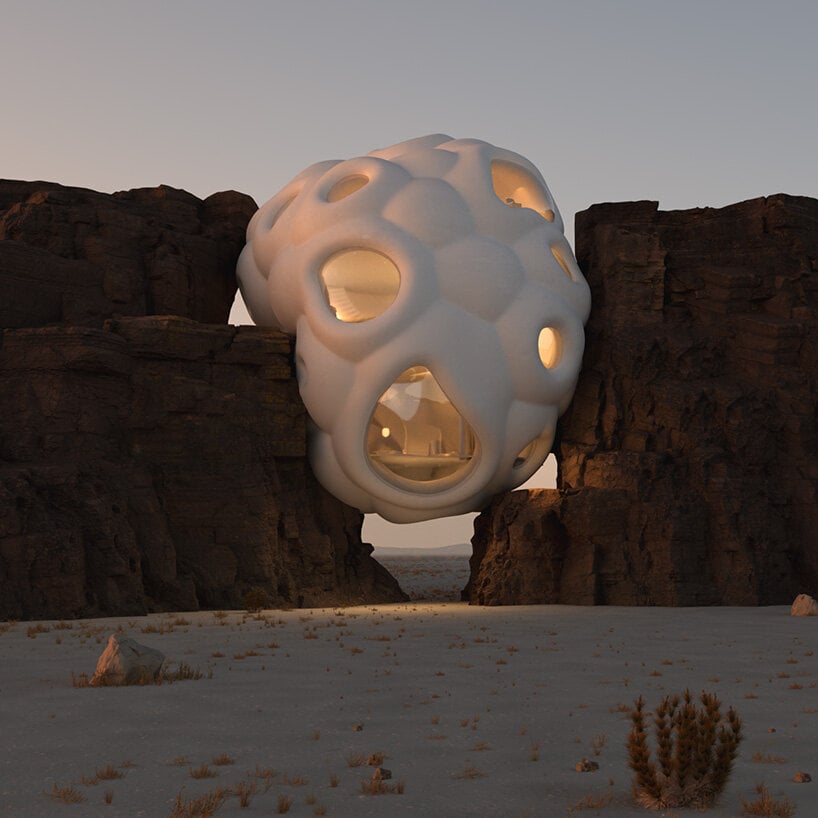 Six N. Five’s make room for us is an architectural project in the digital universe, which not only proposes to adapt architecture to nature, but speaks of our repentance and forgiveness for the damage we have caused in the physical world. Now it is our turn to adapt to what has always existed. Through adaptive designs that mimic cellular organisms, they propose an architectural system that interacts with nature in an imaginary ecosystem of cliffs, mountains, and virtual dreamscapes. This exploration is nothing more than a narrative translated into visual concepts that aim to learn and respond to our environment, to make ourselves our home 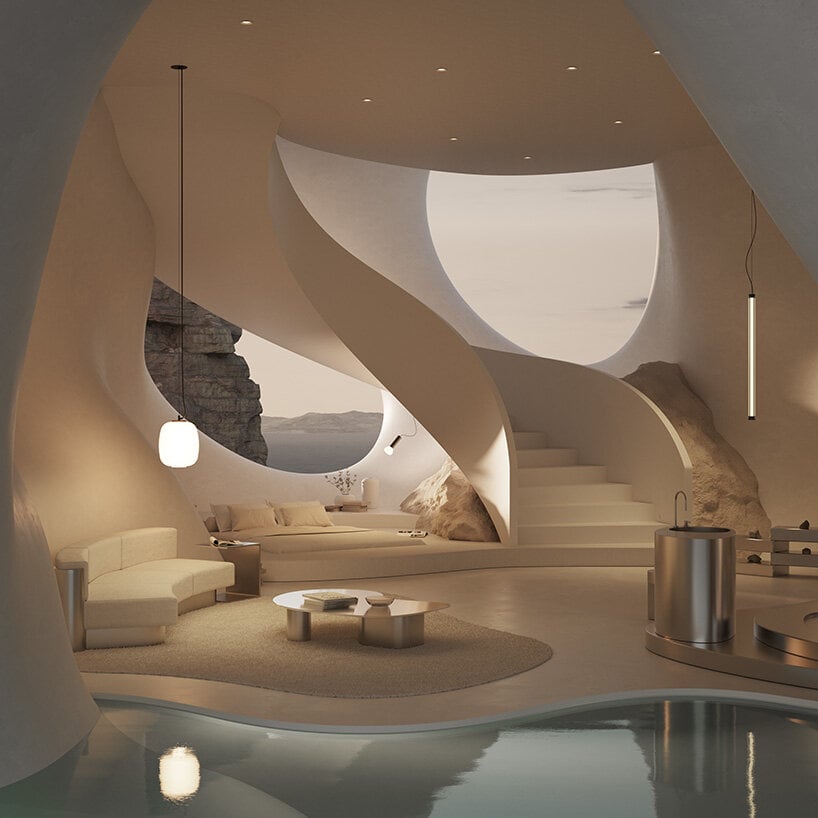 Alexis Christodoulou Studio is the front runner and pioneer of the imaginary architecture aesthetic across the world. This work, dubbed the Mirage is the metaverse’s first ‘personal levitation center’ — designed for one’s enjoyment and spiritual transition into a digital existence. Built around the simple contradiction of gravity through various points of the day – each edition of the Mirage exhibits a unique tone to mimic the position of the sun as it floats above. Christodoulou implores everyone to start their virtual existence in the Mirage — without all the weight of the physical world. 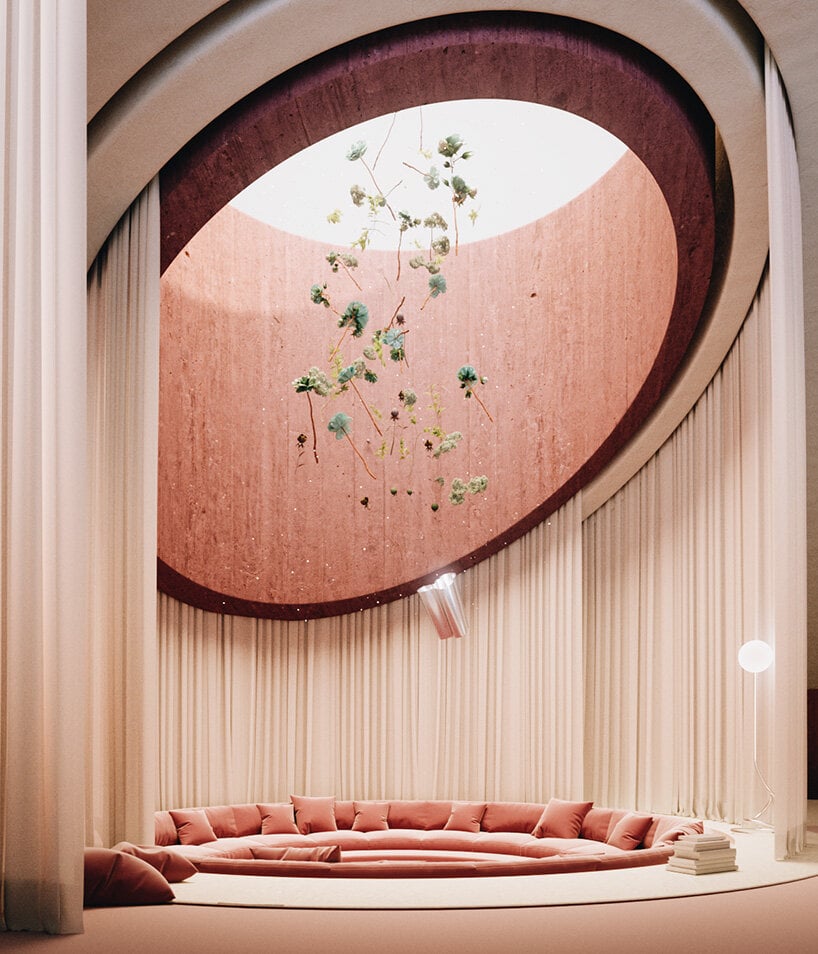 Daniel Arsham’s uchronic aesthetics revolves around his concept of fictional archaeology. The Ares House appears as an artifact from the ancient world. The sculpture of Ares is on such a monumental scale that it could be inhabited. The materiality of the exterior of the work informs the color palette of the interior, so Arsham created five different variations of the Ares House, all of them with a unique crystal property: amethyst, quartz, pyrite, and volcanic ash. The materials intend to make you think about age and time.

Arsham explains: ‘As the metaverse develops, I can imagine these pieces of architecture being constructed as incredible places to inhabit. In the initial versions, I’ve placed my own artwork in the space, but one could imagine a collector placing artworks from other digitally native artists or works from artists who create primarily in the physical world.

‘I’ve created very accurate visualizations of how this work might exist, how you might move through it, how light passes through it, and what it might feel like at different times of day. It’s really a magical way to create architecture in the metaverse.’ 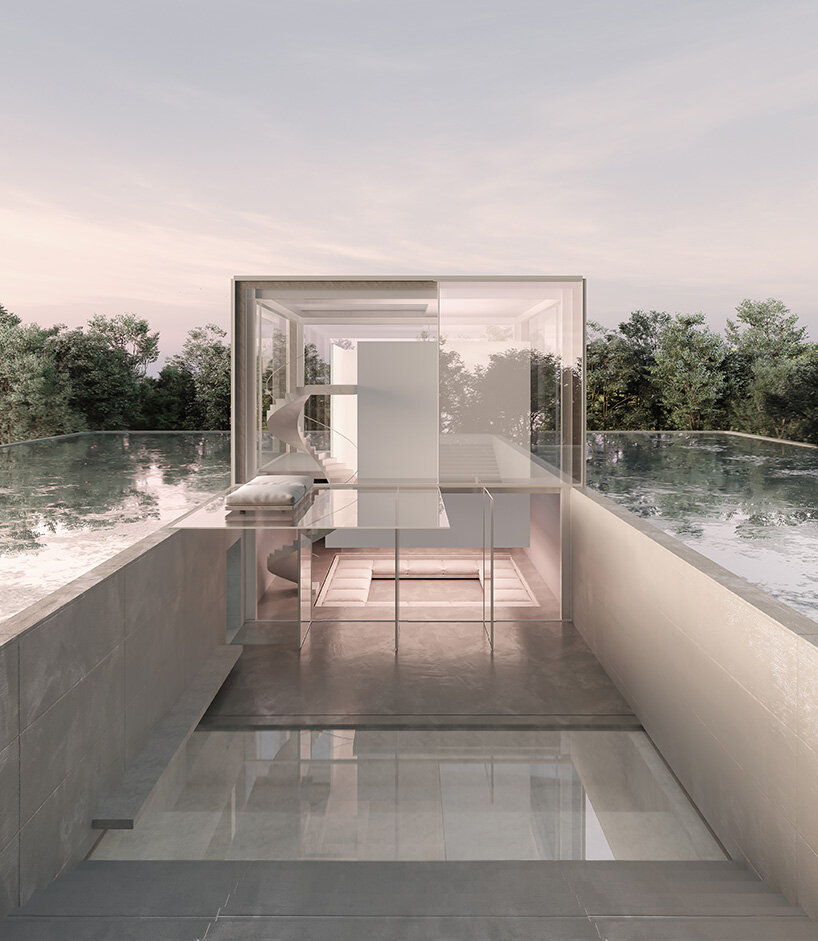 Andrés Reisinger presents a visual manifesto on the digital form of architecture. Traditional architecture is recognized as permanent, allowing a long-term habitat. This permanence is challenged as conventional housing becomes obsolete in the metaverse. Free from most spatial concerns, Reisinger’s virtual house strives to prevent meaninglessness, boredom, existential dread and emptiness. He creates the most stimulating conditions possible: the spatiality, the atmosphere and the architecture of the project, give rise to the density of time of immersion and elevate the experience of dwelling. 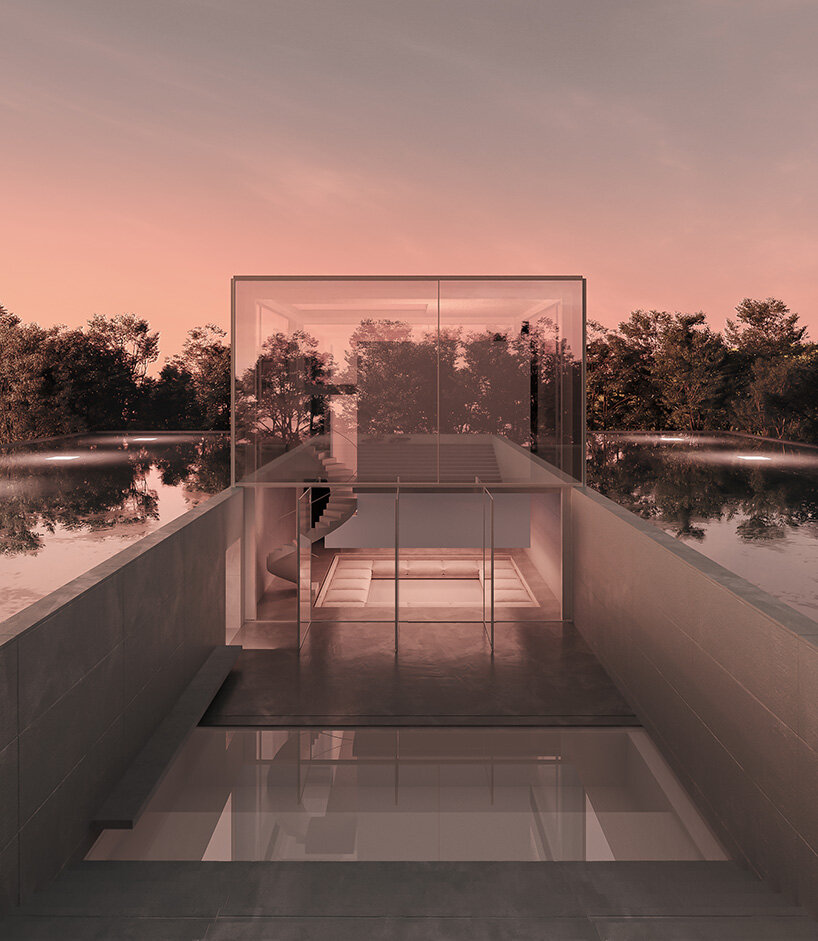