More employment and commercial logistics space will be built adjacent to the terminal building of Vancouver International Airport (YVR), on a site just east of SkyTrain YVR Airport Station.

Vancouver Airport Authority has announced it is looking for a private sector partner to complete the partially-built industrial building that was previously intended to be the Central Utilities Building as part of the pre-pandemic CORE building program.

However, instead of completing the utilities building for its originally planned uses, it is now set to become the Airport Commerce Centre — 300,000 sq ft of industrial space, and potentially office space, with contiguous floor plates of over 60,000 sq ft and generous ceiling heights.

This future building’s strategic location is ideal to serve as a business gateway, not only from its adjacency to the YVR terminal building and SkyTrain station, but also for its close proximity to YVR’s Cargo Village and major future developments elsewhere on Sea Island.

With a regional industrial space vacancy rate of just 0.6%, the size of this space and its prime location “presents a unique opportunity for investors and developers.” The successful proponent will also be responsible for finishing the partially-built structure. 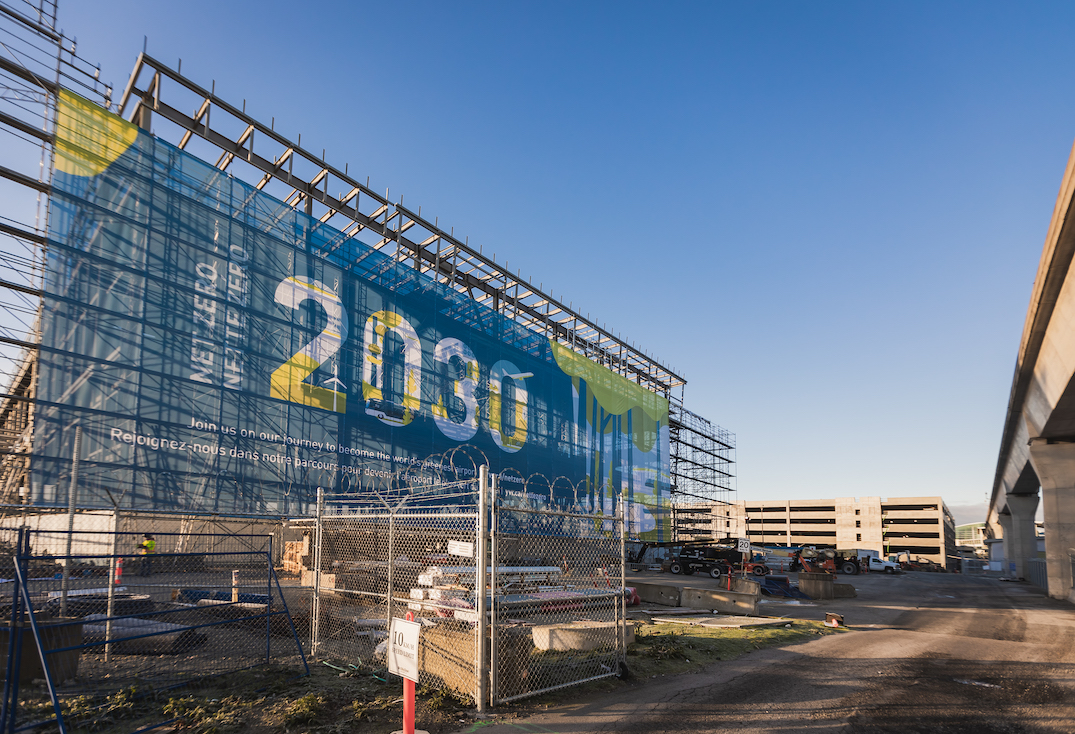 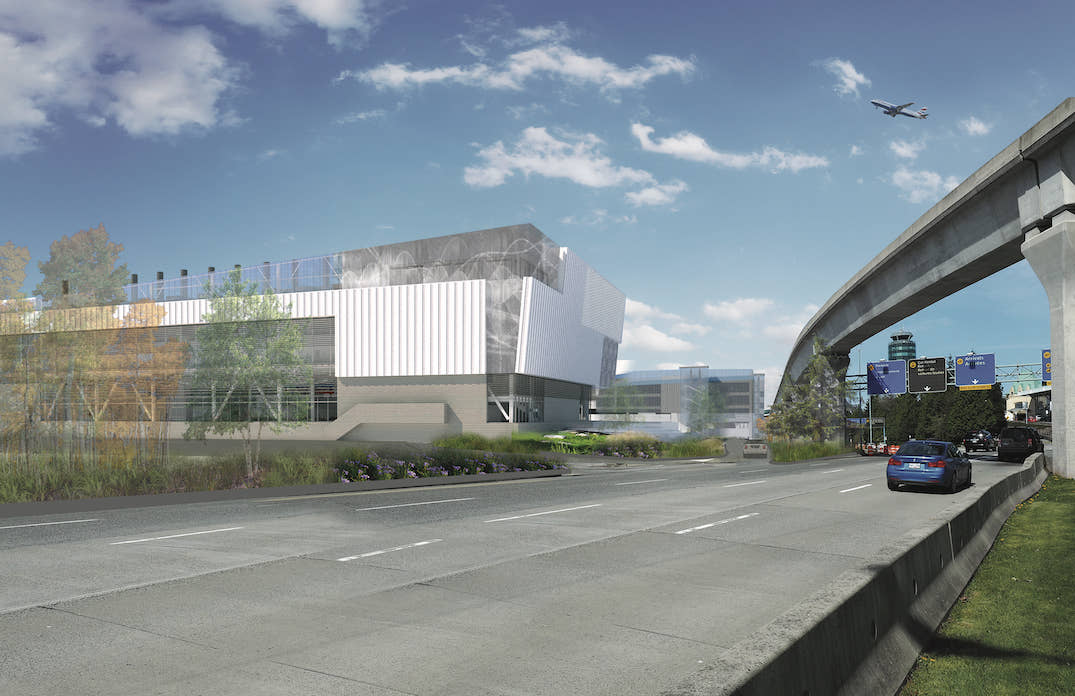 The completion of the building for private sector commercial uses provides the airport with a new long-term non-aeronautical revenue stream, effectively diversifying its revenues and helping it recover from the pandemic’s financial impact, while also contributing to the region’s economic needs.

“We’re exploring new and innovative ways to strengthen our role as a diverse global hub while aligning YVR to the future growth and needs of British Columbia. This includes unlocking economic development and logistics opportunities on Sea Island that will benefit our community and the economy that supports it,” said Bill Bakk, vice president of business development at Vancouver Airport Authority.

“Under our current land-use plan and through our work with Cushman & Wakefield, we look forward to welcoming new businesses to the airport and adding more points of connection for our passengers, workers and community.”

Alyssa Smith, a spokesperson for Vancouver Airport Authority, also told Daily Hive Urbanized the pivot for turning the building into the Airport Commerce Centre does not preclude the potential for the geoexchange to be completed as originally planned. It would be largely located within the basement of the building.

However, she says YVR is still in the process of determining whether the construction of the geoexchange will be part of the airport’s multi-faceted strategy of reaching net-zero emissions on direct airport authority operations by 2030. More details will be released later this year on the net-zero strategy and future of the geoexchange project. 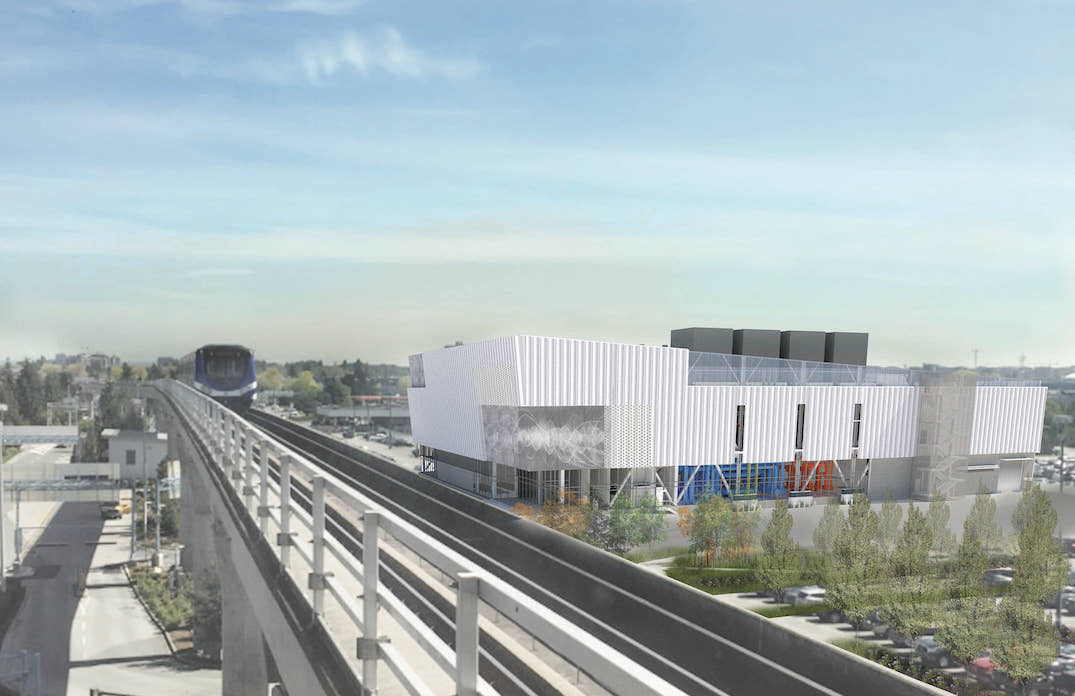 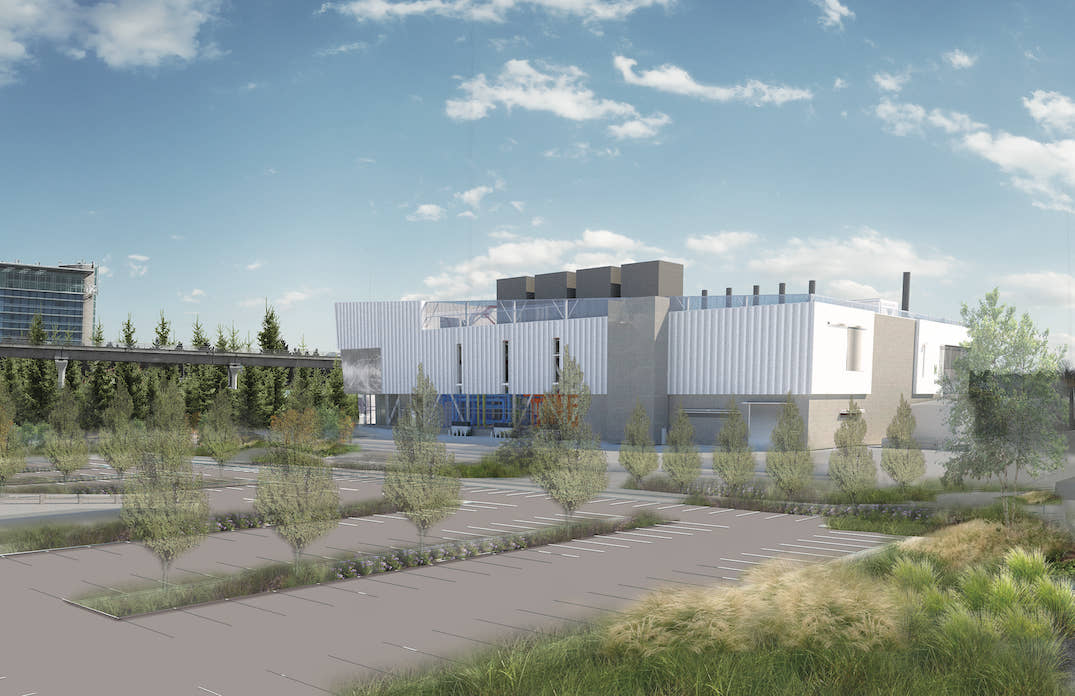 The utilities building was originally conceived to consolidate utilities and equipment systems currently scattered across the terminal building. It would have housed 10 emergency backup generators, and mechanical systems for the new geoexchange system to provide a clean energy source for heating and cooling the vast terminal building interior.

It was designed as a post-disaster building with a high degree of seismic and flood resiliency considerations to protect critical equipment and infrastructure.

But Smith said the expansion of these utilities, planned at a time when the airport was experiencing extraordinary year-over-year passenger growth, will now likely not be needed for the foreseeable future due to the pandemic’s expected long-term impacts.

Also part of the CORE project is a new additional vehicle parkade, located between the existing parkade and the utilities building footprint. Smith says this nearly-completed parkade expansion will be finished, but a timeline has yet to be established.

Prior to the pandemic, it was stated by the airport authority that a new surface parking lot between the new parkade and utilities building could potentially become a new ground transportation hub for taxis, ridehailing, and buses to take more vehicles off the curbside areas of the main roadways that serve the terminal building. 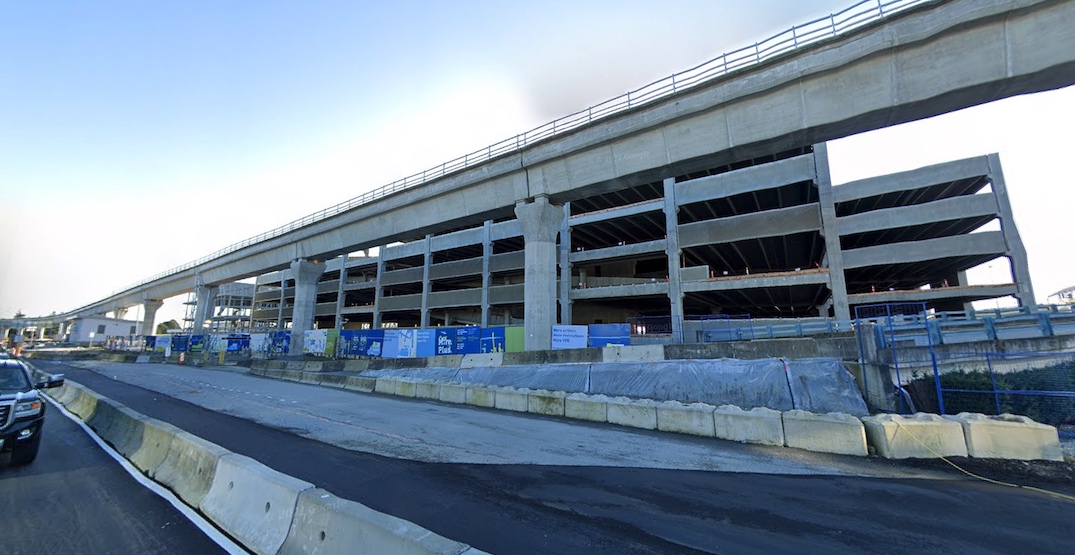 Construction on the utilities building, geoexchange, parkade, and Pier D expansion of the international terminal building came to an abrupt halt in late March 2020 due to the sudden onset of the pandemic.

In September 2020, YVR announced it had cancelled plans to resume construction on the utilities building, geoexchange, and parkade, and terminated the construction contracts associated with the projects. At the time, the airport indicated it had spent $525 million on these projects, and that several hundred million dollars more would be required to reach completion.

But construction on the Pier D international terminal building expansion resumed in Summer 2020, and reached full completion in January 2021.

YVR began using Pier D in Fall 2021 for some of its operations, and it is anticipated to be completely open for full use before the start of Summer 2022, when global aviation is expected to see a very strong rebound.

The airport authority also intends to open up 400 under-utilized acres of Sea Island for industrial and commercial developments as a way to generate more non-aeronautical revenue. This includes land along the north side of the North Runway, and on the south side of the South Runway.