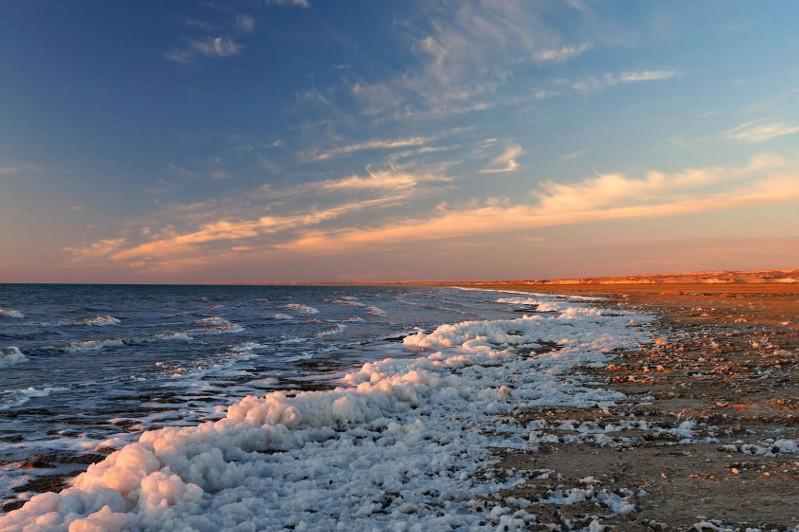 NUR-SULTAN. KAZINFORM – Once the world’s fourth-largest lake, the Aral Sea has been on Kazakhstan’s national environmental agenda for years. Last week, the Kazakh Ministry of Ecology, Geology, and Natural Resources announced the measures undertaken over the years helped increase the volume of water by 11.5 cubic meters. More about the efforts to revive the lake over the past years and its progress is in the latest analytical article of Kazinform.

The Aral Sea is now one of the notorious environmental problems globally. Located on the border between Kazakhstan and Uzbekistan, back in the 1950s, it was the fourth-largest lake on Earth, only behind the Caspian Sea, Lake Superior and Lake Victoria.

After the Soviet Union decided to divert its source rivers – the Amu Darya in the south and the Syr Darya in the northeast, for agricultural purposes to cultivate the cotton industry and rice fields, the sea began to shrink causing serious environmental, social, and public health problems.

Coupled with that, the unsustainable water management practices used by the Soviet Union incurred tremendous damage to the landscape and ecosystem. From its initial area of 68,000 square meters, the sea shrank by a tenth of its original size.

By 1989, the lake split into two separate bodies of water, the North Aral Sea and the South Aral Sea. The management of the drying sea became more difficult when the collapse of the Soviet Union resulted in the emergence of independent countries with different water policies.

«Kok Aral is on our territory, where Syr Darya flows. Greater Aral (referring to South Aral) is on the territory of Uzbekistan, where Amu Darya flows. The flow of Syr Darya was nearly twice smaller than that of Amu Darya,» said Kazakh expert on water Erlan Badashev.

Intensive development of deserts and semi-deserts to increase irrigated areas in the Aral Sea basin (up to 7.9 million hectares) contributed to an increase in water withdrawal from 63 to 117 cubic meters a year.

Hydropower development upstream of the Amu Darya and the Syr Darya between 1960 and 1980 without regard to the Aral Sea caused the inflow of water to decrease to 9 – 12 cubic meters instead of the historical inflow of 60 cubic meters per year. This caused the Aral Sea to lose its fishery, transport, and recreational value, while the unique landscape zones of the delta and floodplains of the Amu Darya and Syr Darya have degraded.

For more than 40 years the sea has lost more than 950 cubic meters of river water and the level has fallen by more than 20 meters, the volume of water has shrunk by three quarters, and the surface area by more than half, according to the Kazakh Ministry data.

Ultimately, the sea has receded from the previous shoreline in some places by more than 100 – 150 kilometers.

Increasing pollution and salinity levels resulted in serious environmental and health-related consequences. There has been a sharp increase in salinity in the sea from 10-15 g/l in historic times to more than 30 g/l, according to the ministry’s data.

Increasing salinity levels led to water being polluted with fertilizer and pesticides leaving fisheries and local communities with no access to freshwater.

But this is just part of a bigger problem.

«Naturally, local inhabitants are exposed to saline water and in 2,000 only 32 percent had access to safe drinking water. An increased frequency of storms carries 43 million tons of dust and sand from the dried-out seafloor through the air yearly. Accordingly, the rate of dust deposition is among the highest in the world and contains large amounts of salts and pesticides, probably related to the water quality in the tributary rivers,» wrote experts Turid Austin Wæhler and Erik Sveberg Dietrichs in their 2017 paper.

Salt dust is also commonplace near the Aral Sea. But this salt, which is generated from the dried parts of the Aral Sea, contains not just salt, but some other toxic elements.

«You cannot see cars. You cannot see the sun. There was salt and sand in the air. But it is not the salt that we see on our table. There are many other substances that penetrate our lungs,» said Natalie Barteneva, a biology professor at Nazarbayev University.

Besides health consequences, it also damages agriculture and livestock herds.

Among other sources of pollution is the mining industry in the area that leaks heavy metals into the rivers that feed the sea.

What Kazakhstan has done?

Right from its independence in 1991, Kazakhstan began efforts to restore the Aral Sea. The construction of a 13-kilometer-long Kok-Aral Dam in 2005, an $85 million project initiated by Kazakhstan with finances coming from the World Bank, was the major progress in this area. It separated the smaller, but less polluted, and salty northern Aral Sea from the southern part. The move had a positive impact on the water level, salinity levels, and fishery.

In 2018 and 2019, Qazaq Geography national geographic society organized expeditions to the Aral Sea to study the current state of the sea and its prospects.

«The North Aral is reviving. The level of salinity decreased by 0.6-0.8 percent. Fish returned there. The South Aral however continues to dry out,» said Barteneva.

But fighting the drying out of the sea has some challenges. One of the ways is to build a southern dam, according to her. «But its location should be determined by an international team of scientists,» she added.

According to Badashev, water should be a unifying factor, «whether we want it or not.» «The Aral Sea is common to all, so the problems must be solved together,« the expert said.

One of the largest projects implemented in the region is the project on the regulation of the Syr Darya riverbed and conservation of the northern part of the Aral Sea.

The first phase of the project saw the construction of the dam of the Northern Aral Sea, Aitek complex of structures, protective dams on the Syr Darya River, and the hydroelectric facilities of Kyzylorda city, Kazalinsk, dams of the Shardara and Arnasay reservoirs.

According to the ministry, the project enabled the increase in the flow capacity of the Syr Darya river channel from 350 to 700 cubic meters a second and a decrease in the water salinity from 23 to 17 grams per liter.

While the measures may have provided some results, hopes for full recovery are little and the efficiency of the ongoing measures is yet to be assessed.