As the market has punished tech stocks over the last few months, many growth investors are watching much of their hard-earned gains over the past few years almost disappear. But longtime shareholders know this isn’t a time to panic, it’s a time to go shopping for great stocks. 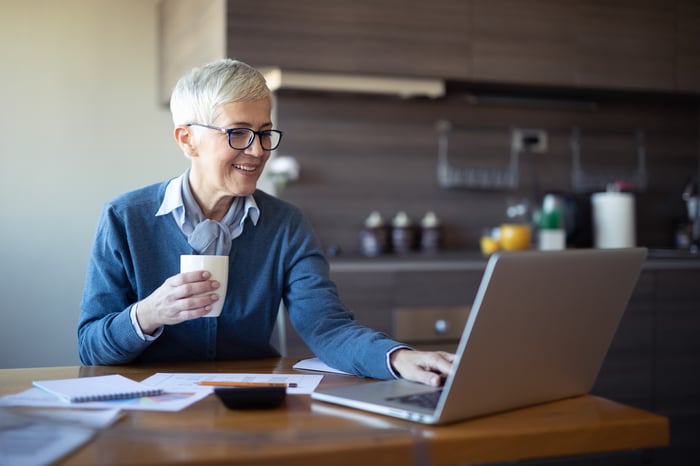 Brian Withers (Okta): Businesses are adopting cloud software at a rapid pace. Okta, an identity management platform, just published its eighth annual Business at Work report providing investors insights into this trend. Based on data from its 14,000 customers, businesses are using 89 different applications on average, which is up 24% since 2016. But for larger enterprises with more than 2,000 employees, the number is a staggering 187. Managing access for all of these applications inside a large corporate structure can be daunting, but that’s where Okta shines.

Okta is an identity management solution that enables users to have a single sign-on to all of their applications while also allowing the information technology team to control the access permissions centrally. This is a win for users and for network administrators driving Okta’s popularity.

Over the past year, customers have grown 49% to 14,000, but large customers are growing even faster. Customers spending more than $100,000 in annual contract value (ACV) grew at a rapid 59% year over year. This trend helped power 61% year-over-year top-line growth (including the Auth0 acquisition); at the same time organic growth was a solid 40%. What’s even more impressive is that its remaining performance obligations (the sum of all contract value not yet recognized as revenue) grew 49% to a staggering $2.35 billion.

The results are remarkable, but investors may be wondering if this identity management specialist still has an opportunity to grow. With recent product expansions into adjacent products, the company now calculates its total addressable market to be $80 billion. This brings its current revenue run rate ($1.4 billion) to less than 2% share of the market opportunity. Plenty of room to still run.

What’s even better for tech investors interested in Okta is that the recent sell-off has brought the stock down more than 35%. Its price-to-sales (P/S) valuation may seem high at 23, but that’s almost a two-year low. Savvy investors would do well to pick up shares of this top identity management platform specialist before the market realizes it’s on sale. 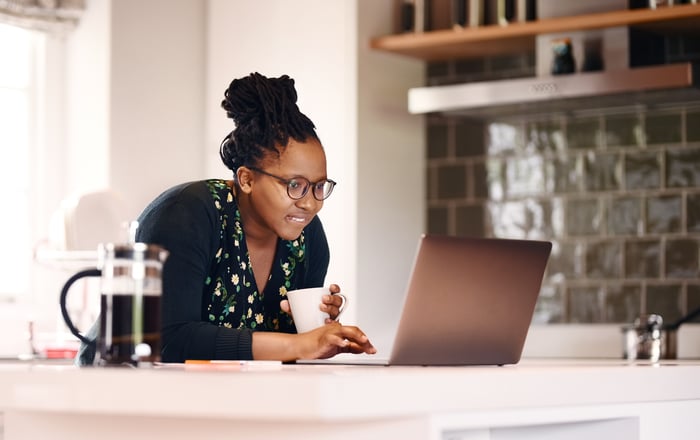 Alphabet shows why it’s king of the hill

Danny Vena (Alphabet): The prevailing logic is that with the market recovering from a broad-based sell-off, investors should be sifting through the bargain bin in search of beaten-down stocks with a clear path ahead. There’s certainly nothing wrong with that strategy and it’s one I employ myself. There is however, another way to proceed.

Rather than buying stocks that could recover, why not consider buying or adding to a company that has largely defied the downturn, with its stock price near all-time highs, and that just released stunning financial results? Hear me out while I explain why Alphabet represents a compelling opportunity.

Let’s start off with the obvious. Google is the industry-leading search provider that simply dominates the competition. While estimates vary, the company, whose name has become synonymous with search, controls roughly 92% of the search market worldwide.

That provides a springboard for the company’s digital advertising business. Google is also the industry leader, with an estimated 29% of the market, even as rivals Meta Platforms‘ Facebook and Amazon have closed the gap somewhat in recent years.

This dominance has helped fuel Alphabet’s robust results, even as other technology companies have begun to struggle. During the fourth quarter, the company delivered revenue of $75.3 billion, an increase of 32% year over year. Alphabet’s profits grew even faster, fueled by operating margins that edged higher. This resulted in earnings per share of $30.69, which jumped 38%.

That performance highlights how Alphabet has become one of the world’s most valuable companies, trailing just Apple and Microsoft, with a market cap of $1.94 trillion.

While some investors might hesitate based on the company’s size alone, that shouldn’t suggest that Alphabet doesn’t have additional opportunities for growth. The global advertising market is expected to grow by 9% to $765 billion in 2022 — even after record spending in 2021. Additionally, digital advertising is expected to account for more than 60% of global ad spending for the first time this year, according to Zenith Media Services.

That gives Alphabet two ways to increase its ad revenue. It grows as total ad spending grows and it also grabs business as traditional advertising moves to digital channels. As the industry leader, Google is positioned to capture a large portion of that shift.

There are also other compelling opportunities, including Google Cloud and the Waymo self-driving car segment, which could propel future growth.

Alphabet stock has generated gains of 5,800% since inception, but even recent investors have outpaced the market with gains of 165%, 262%, and 918% over the preceding three-, five-, and 10-year periods (as of this writing). As a result of those stunning gains, Alphabet just announced a 20-for-1 stock split to bring its share price back down to earth.

Just so we’re clear, I’m not suggesting that Alphabet will be a high-growth stock going forward. But for sure and steady gains, the tech giant will be hard to beat. 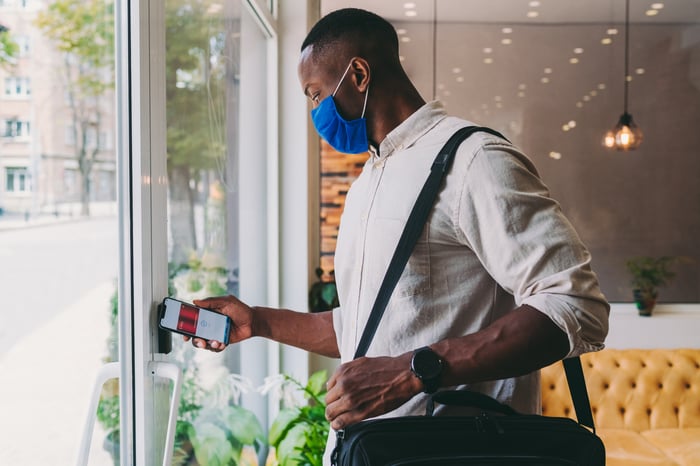 Latch has positioned itself to unlock massive growth

Will Healy (Latch): Latch is a software-as-a-service (SaaS) company that came to the market via a special purpose acquisition company (SPAC) last summer. As a company with a $900 million market cap that sells an unfamiliar product, it may not gain as much attention as other growth stocks.

However, it stands out from other SaaS companies by specializing in building management for apartment complexes and commercial buildings. Through its Latch OS, the company can manage physical access permissions, cameras, and systems such as HVAC units.

Latch makes money in two ways. It sells hardware such as locks and thermostats that connect to its operating system. Latch also earns recurring revenue with subscription access to the Latch OS.

Building managers like it because it offers centralized management of building functions and security. This includes granting partial building access to people such as apartment tenants or couriers without having to deal with physical keys. Given its benefits, one can understand why over 3 in 10 new apartment complexes have signed on to Latch.

Its attributes probably also explain why Latch generated $11 million in revenue in the third quarter, a 120% increase from year-ago levels. Additionally, total bookings, the cumulative value of written (but non-binding) agreements to purchase hardware and software services over the next 24 months, likely point to future growth. In Q3, total bookings came in at $96 million, 181% higher than 12 months ago.

Analysts expect Latch to release fourth-quarter and full-year earnings later this month. For Q4, the company predicts year-over-year increases at the midpoint to come in at 76% for revenue and 113% for total bookings.

But despite the prospects for continuing growth, investors have cooled on Latch, sending the stock 45% lower since the company came public on June 7. Building construction delays due to supply chain constraints and labor shortages have weighed on the stock.

Moreover, its 26 price-to-sales ratio may appear high in the face of a tech sell-off. Nonetheless, as bookings turn into revenue, a falling P/S ratio and rapid revenue increases could make it a favorite growth stock in 2022 and future years.

This article represents the opinion of the writer, who may disagree with the “official” recommendation position of a Motley Fool premium advisory service. We’re motley! Questioning an investing thesis — even one of our own — helps us all think critically about investing and make decisions that help us become smarter, happier, and richer.